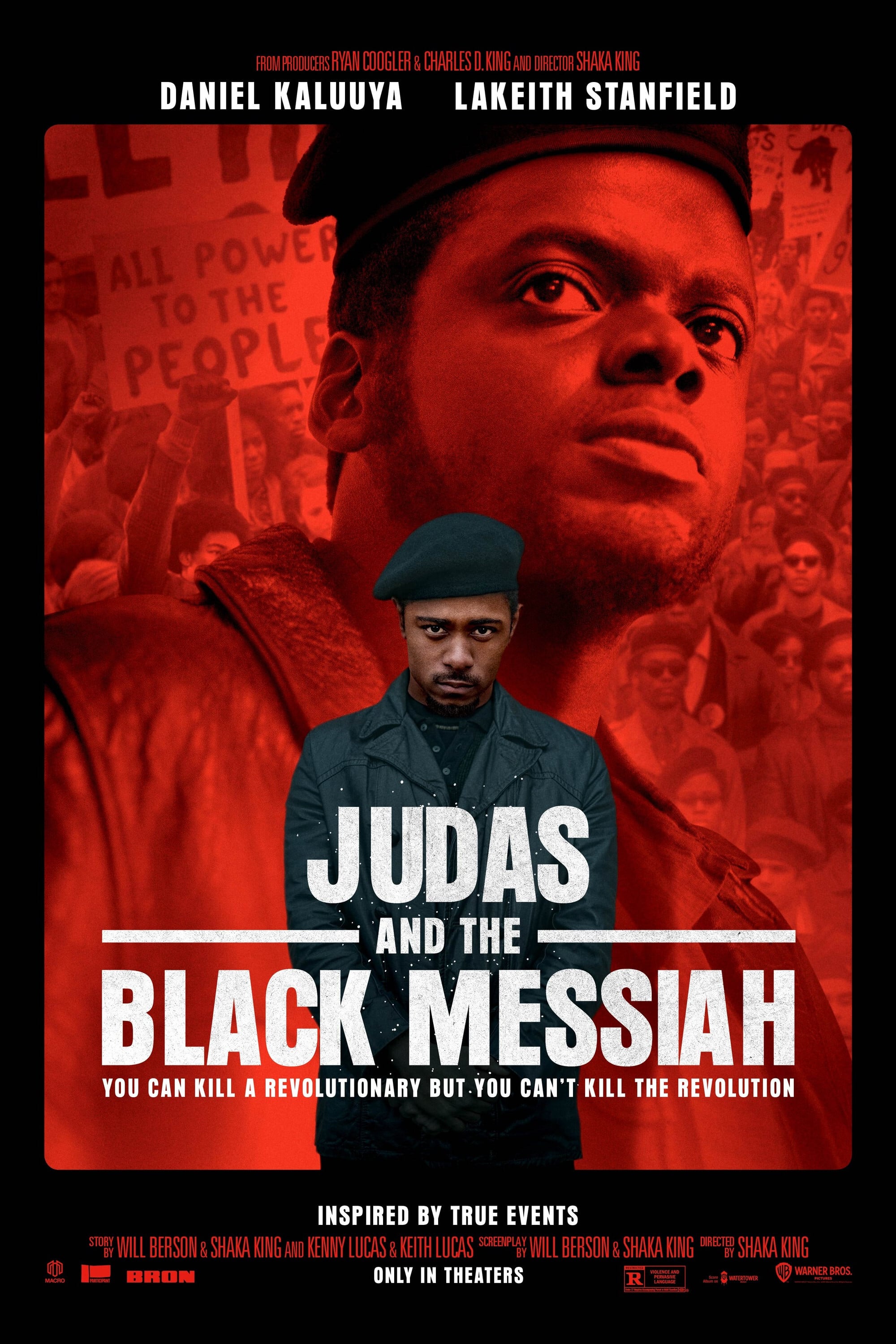 Judas and the Black Messiah

British actor Daniel Kaluuya (GET OUT) took home Oscar gold for his riveting portrayal of enigmatic Black Panther Chairman Fred Hampton in writer-director Shaka King's JUDAS AND THE BLACK MESSIAH, which is based on the true story of a man who infiltrated the Illinois chapter of the political organization for the FBI in the turbulent 1960's. Also starring fellow Oscar-nominee LaKeith Stanfeld (SORRY TO BOTHER YOU, KNIVES OUT), Jesse Plemons (BREAKING BAD, FARGO), and Martin Sheen.

"An electrifying dramatization of historical events, 'Judas and the Black Messiah' is a forceful condemnation of racial injustice -- and a major triumph for its director and stars." (Rotten Tomatoes)

“'Judas and the Black Messiah' represents a disciplined, impassioned effort to bring clarity to a volatile moment, to dispense with the sentimentality and revisionism that too often cloud movies about the ’60s and about the politics of race. It’s fascinating in its own right, and even more so when looked at alongside other recent movies." (New York Times)

"'Judas and the Black Messiah builds to a powerful and horrifying conclusion, with the closing captions bringing a dose of further reality and emotion to proceedings. It may well leave you reeling." (The List)

JUDAS AND THE BLACK MESSIAH (Shaka King, 2020 / 14 A / 126 mins) FBI informant William O'Neal infiltrates the Illinois Black Panther Party and is tasked with keeping tabs on their charismatic leader, Chairman Fred Hampton. A career thief, O'Neal revels in the danger of manipulating both his comrades and his handler, Special Agent Roy Mitchell. Hampton's political prowess grows just as he's falling in love with fellow revolutionary Deborah Johnson. Meanwhile, a battle wages for O'Neal's soul. Will he align with the forces of good? Or subdue Hampton and The Panthers by any means, as FBI Director J. Edgar Hoover commands?