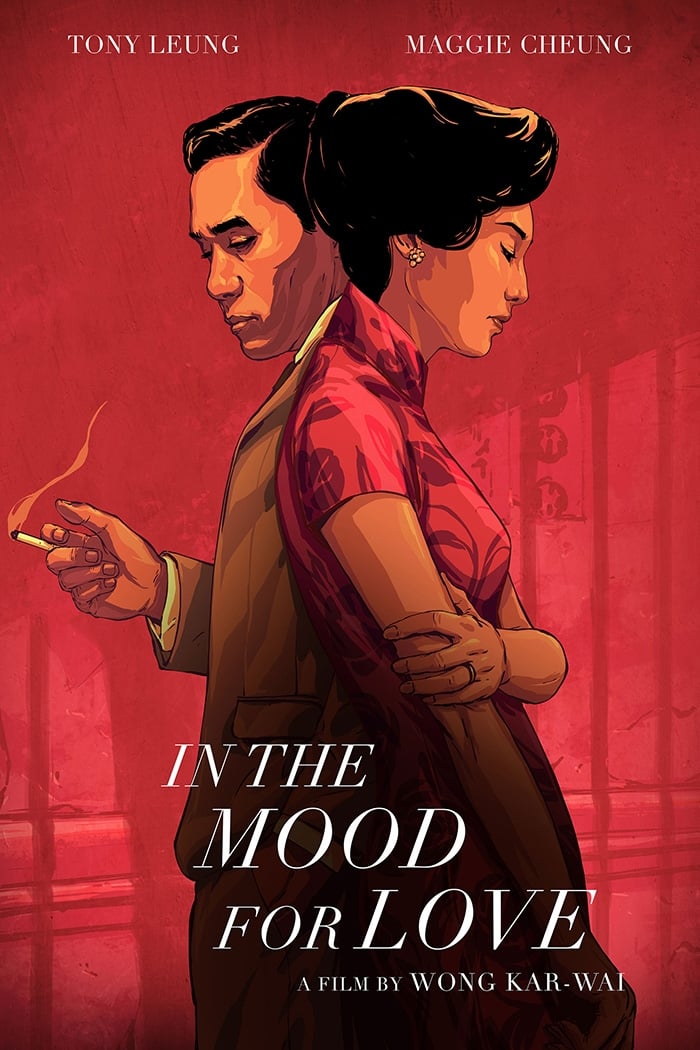 Hong Kong, 1962: Chow Mo-wan (Tony Leung Chiu-wai) and Su Li-zhen (Maggie Cheung Man-yuk) move into neighboring apartments on the same day. Their encounters are formal and polite—until a discovery about their spouses creates an intimate bond between them. At once delicately mannered and visually extravagant, Wong Kar Wai’s IN THE MOOD FOR LOVE is a masterful evocation of romantic longing and fleeting moments. With its aching musical soundtrack and exquisitely abstract cinematography by Christopher Doyle and Mark Lee Ping-bin, this film has been a major stylistic influence on the past decade of cinema, and is a milestone in Wong’s redoubtable career.
"So skillfully does the director brings us to a state of breathless expectation that when he refuses to deliver the goods he almost seems to have invented a new form of perversion." (New Yorker Magazine)

"Further complemented by the gentle lull of Nat King Cole songs, 'In The Mood For Love' casts a dreamy and melancholic spell that remains unbroken long after the closing credits have rolled." (AV Club)

"Stylized, set-designed to the last hair wisp, the film is a mixture of bold devices with delicate understatement that leave a remarkable aftereffect." (Globe and Mail)

IN THE MOOD FOR LOVE (Wong Kar Wai, 2000 / PG / 98 mins / Cantonese with English subtitles) Hong Kong, 1962: A journalist, Chow and his wife move into a Hong Kong apartment, but his spouse is often away on business. Before long, the lonely Chow makes the acquaintance of an alluring neighbour whose own significant other also seems preoccupied with work. As the two friends realize their respective partners are cheating on them, they begin to fall for one another; however, neither wants to stoop to the level of the unfaithful spouses.