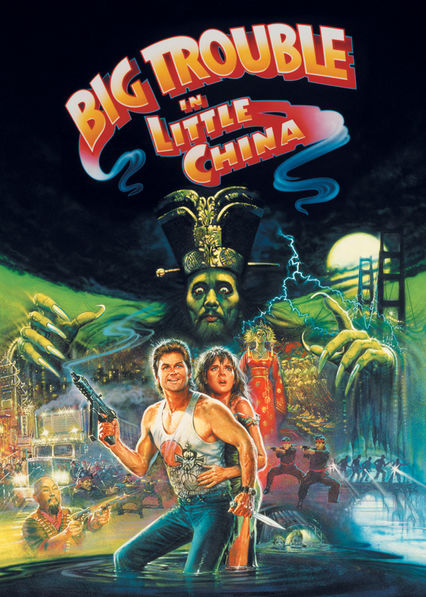 "It’s all in the reflexes…"

Carpenter's "muse" (they've made more than a few films together!) Kurt Russell stars as all-American trucker Jack Burton, who agrees to take his friend Wang Chi on a trip to the airport to pick up his beautiful, green-eyed fiancee - but along the way finds himself involved in a crazy, supernatural ancient Chinese battle that pits the forces of good against evil. Russell really shines here as an (almost) over-the-top, lovably macho leading man with a penchant for cartoonish dialogue; between his scene-stealing performance and the glorious levels of movie craziness on screen, Big Trouble in Little China still feels like a cross between a B-movie and a comic book - in the best way possible. Also starring Kim Cattrall, Dennis Dun and James Hong.

"Brimming with energy and packed with humor, BIG TROUBLE IN LITTLE CHINA distills kung fu B-movies as affectionately as it subverts them." (Rotten Tomatoes)