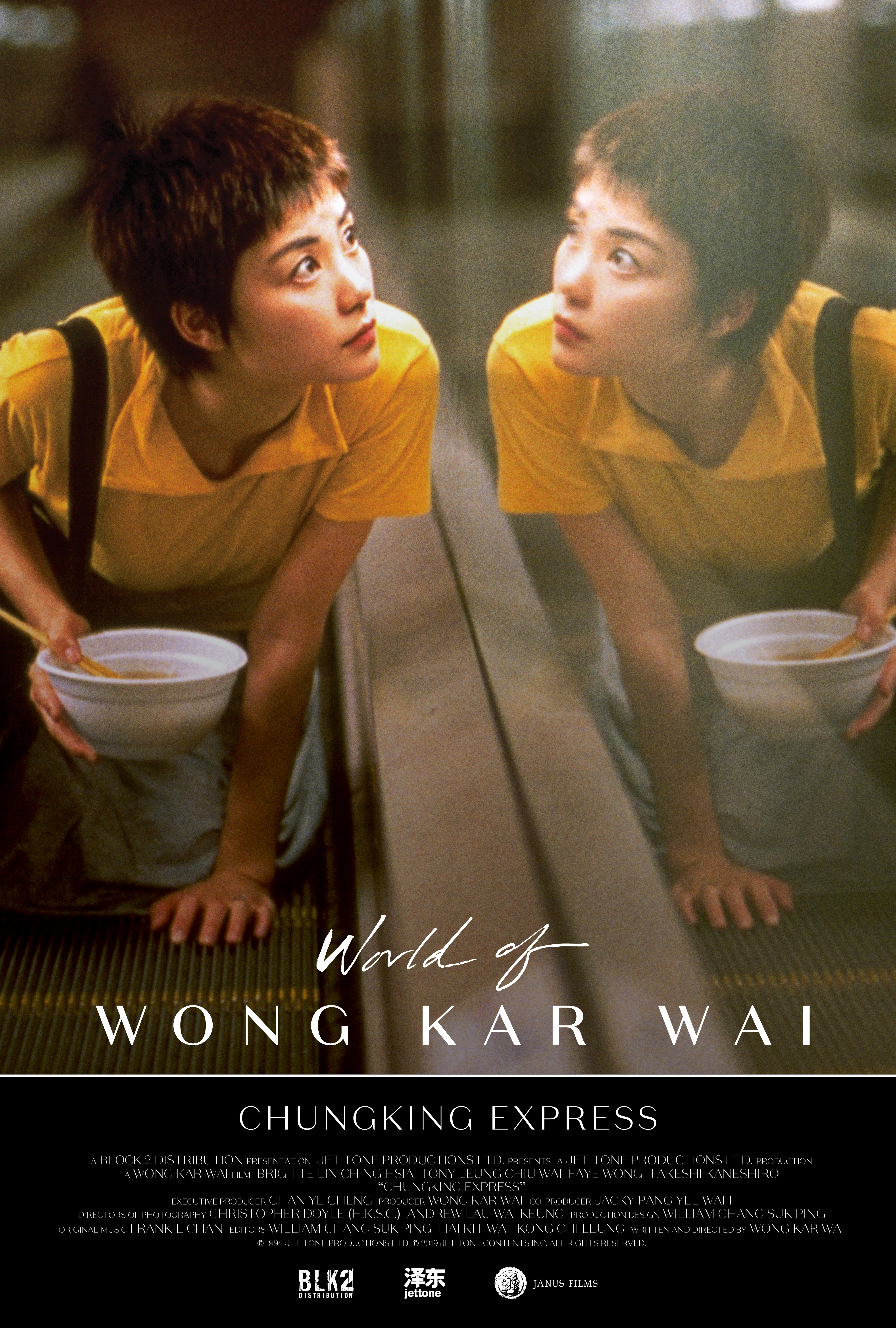 The whiplash, double-pronged CHUNGKING EXPRESS is one of the defining works of nineties cinema and the film that made Hong Kong filmmaker Wong Kar Wai an instant icon. Two heartsick Hong Kong cops (Takeshi Kaneshiro and Tony Leung), both jilted by ex-lovers, cross paths at the Midnight Express take-out restaurant stand, where the ethereal pixie waitress Faye (Faye Wong) works. Anything goes in Wong’s gloriously shot and utterly unexpected charmer, which cemented the sex appeal of its gorgeous stars and forever turned canned pineapple and the Mamas and the Papas’ “California Dreamin’” into tokens of romantic longing. With Brigitte Lin.

"Even if all it had to offer were writer-director Wong Kar-wai's thrillingly distinctive visuals, Chungking Express would be well worth watching; happily, its thoughtfully drawn characters and naturalistic performances also pack a potent dramatic wallop." (Rotten Tomatoes)

"'Chungking Express' is a breezy little Hong Kong movie that has more life, energy, humanity and sheer visual zing than most other shows you'll see in a month or so." (Chicago Tribune)