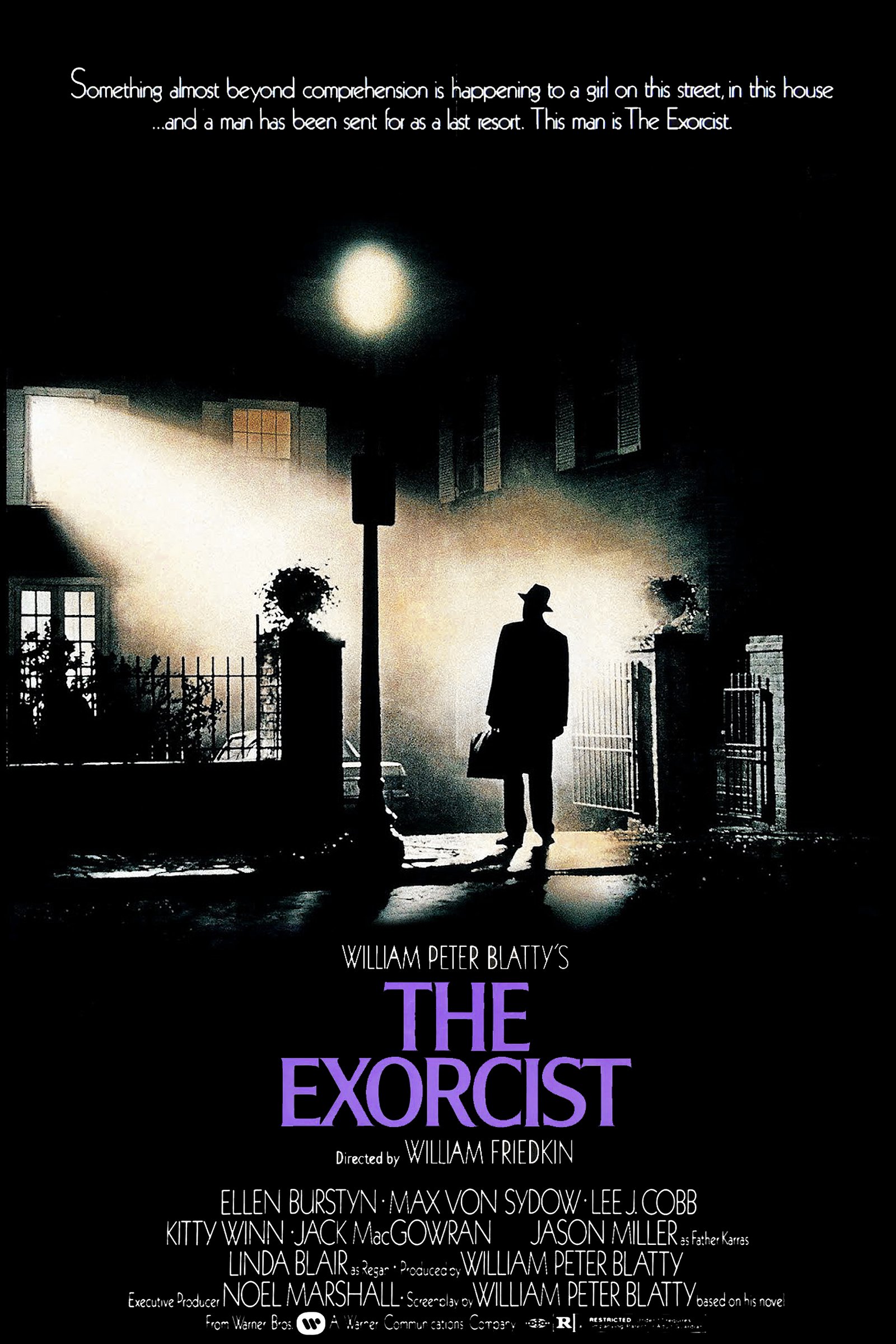 "The power of Christ compels you!"

Over four decades after its release, director William Friedkin's supernatural horror classic THE EXORCIST still remains one of the most frightening films ever made. Based on the hugely popular novel of the same name by William Peter Blatty (who also wrote the screenplay), the film was both a massive commercial and critical success, garnering an impressive ten Academy Award nominations (including one for Best Picture). As terrifying today as it was upon its release in 1973, Friedkin's hugely influential movie remains one of the most profitable horror movies (though he prefers you not call it a “horror film,” but rather, a “theological thriller”) ever made. The enduring popularity of THE EXORCIST makes it one of the Rio Theatre's most requested titles, and a divine choice for a Halloween screening!

Based loosely on actual events, the story follows 12 year-old Regan (Linda Blair, in a breakout performance), whose increasingly odd behaviour goes beyond what one would normally expect from a pubescent young woman (levitating, speaking in tongues). When her fraught mother (Ellen Burstyn) hits a dead end after seeking medical help, she turns to the Church. A local priest (Jason Miller), is convinced Regan is under the devil's control, and makes a request to perform an exorcism with the help of one of their more experienced experts (a perfectly cast Max von Sydow).

*Please note: We will be screening THE EXORCIST: The Director's Cut (2010), which contains several minutes of footage not included in the 1973 theatrical release.

"The movie that launched a new era in horror films, and which, for one generation, remains one of the scariest experiences of their lives." (New York Daily News)

"The film is a triumph of special effects. Never for a moment--not when the little girl is possessed by the most disgusting of spirits, not when the bed is banging and the furniture flying and the vomit is welling out--are we less than convinced. The film contains brutal shocks, almost indescribable obscenities. That it received an R rating and not the X is stupefying." (Roger Ebert)

THE EXORCIST (William Friedkin, 1973 / 135 mins / 18 A / Director's Cut, 2010) 12-year-old Regan MacNeil begins to adapt an explicit new personality as strange events befall the local area of Georgetown. Her mother becomes torn between science and superstition in a desperate bid to save her daughter, and ultimately turns to her last hope: Father Damien Karras, a troubled priest who is struggling with his own faith.