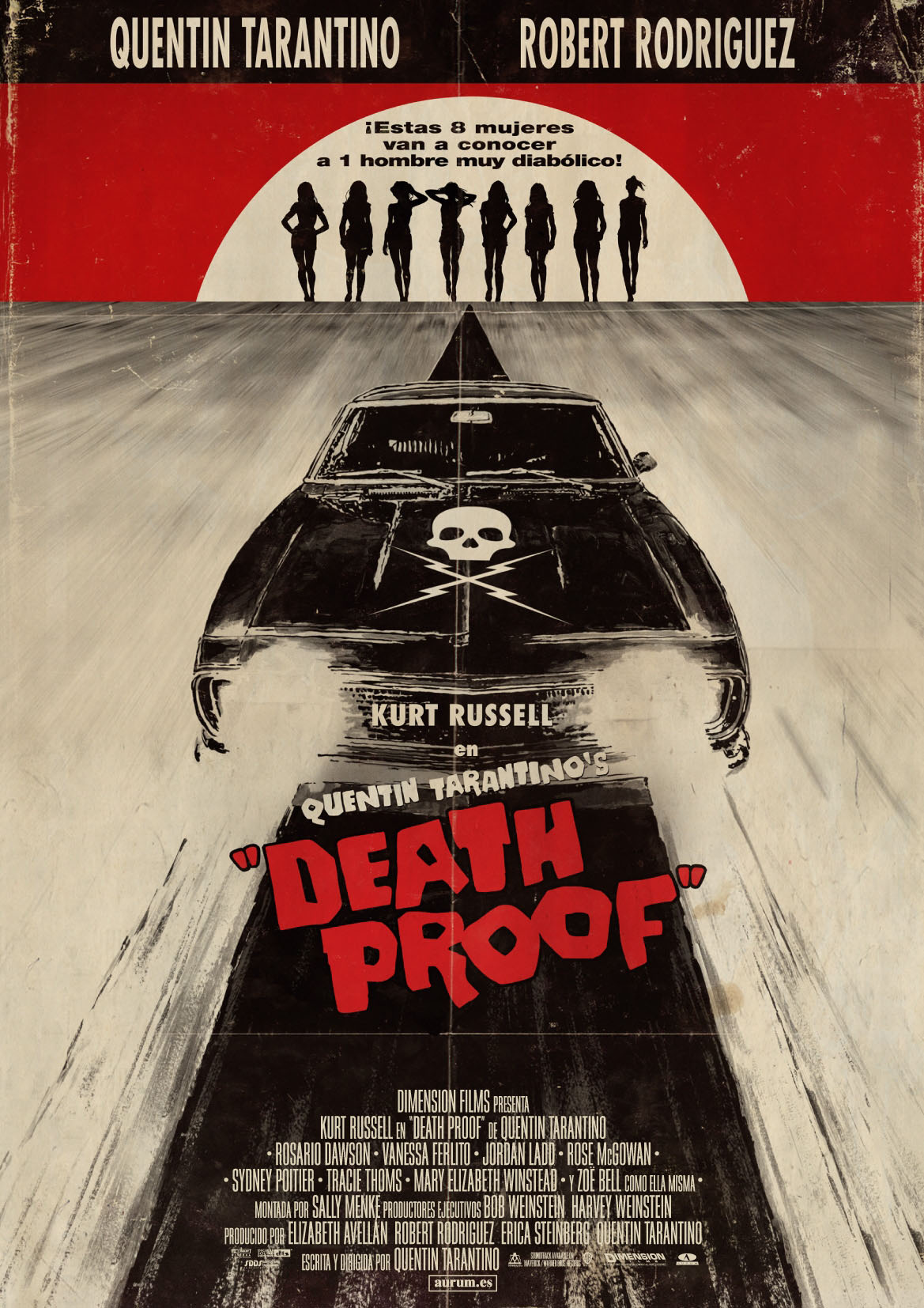 In 2007, director Quentin Tarantino and Robert Rodriguez paid homage homage to the drive-in double features of the 60s and 70s with GRINDHOUSE, a two-picture collaboration that featured two back-to-back offerings. that include previews of coming attractions between them.

We're tipping our hat to the 15th Anniversary of this high-octane homage with a screening of Quentin Tarantino's 100 mile-an-hour-on-the-edge-of-your-seat DEATHPROOF - the ultimate love letter to fabulous stuntwork, 70s muscle cars, and cinematic "final girls." Kurt Russell stars as Mike, a stuntman and professional body double who likes to take unsuspecting women for deadly drives in his free time. He has doctored his car for maximum impact; when Mike purposely causes wrecks, the bodies pile up while he walks away with barely a scratch. The insane Mike may be in over his head, though, when he targets a tough group of female friends, including real-life stuntwoman Zoë Bell (who served as Uma Thurman's double in KILL BILL), who plays herself. With Rosario Dawson, Tracie Thoms.