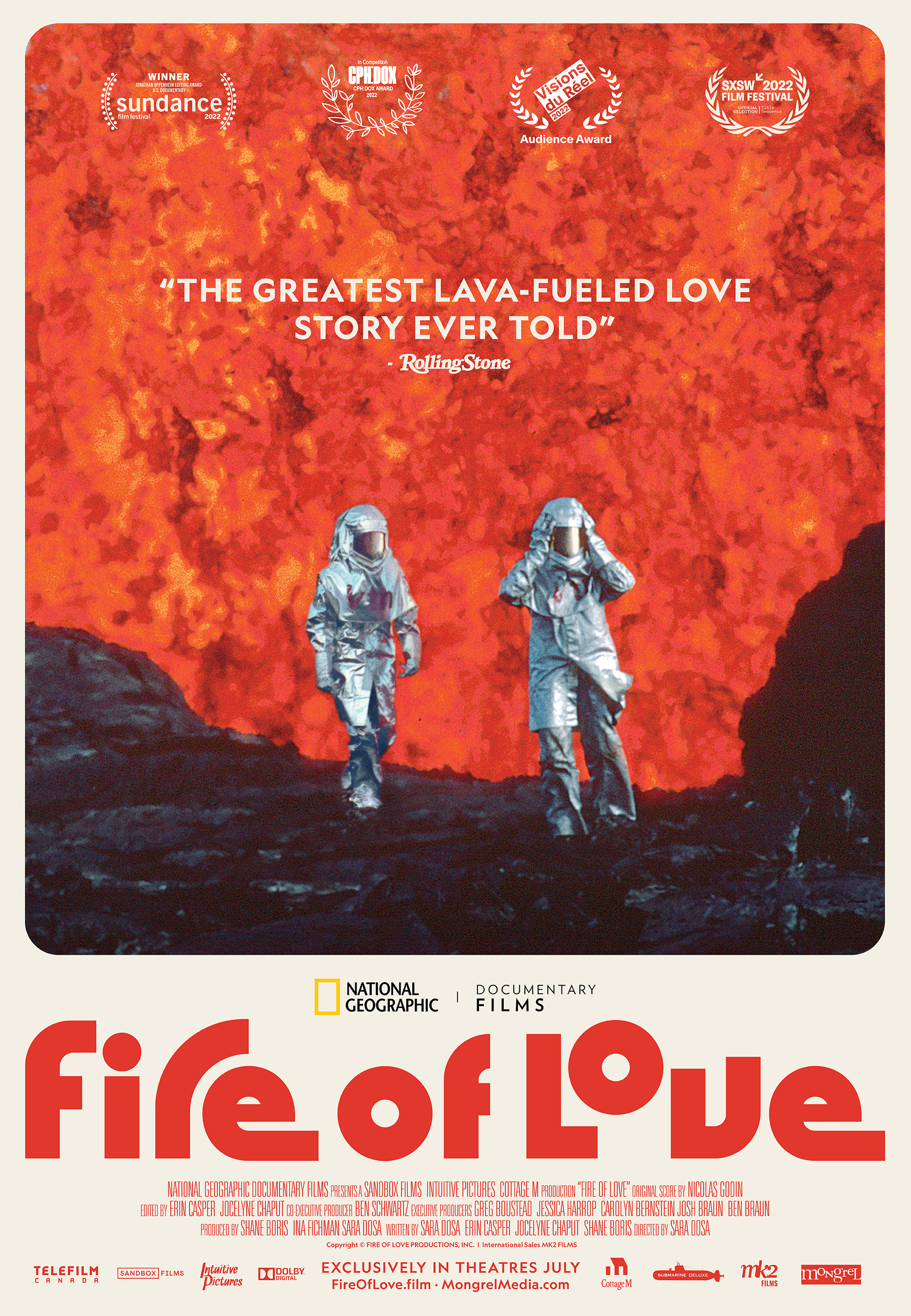 Katia and Maurice Krafft loved two things — each other and volcanoes. For two decades, the daring French volcanologist couple roamed the planet, chasing eruptions and documenting their discoveries. Ultimately, they lost their lives in a 1991 volcanic explosion, leaving a legacy that forever enriched our knowledge of the natural world.

Director Sara Dosa and the filmmaking team fashion a lyrical celebration of the intrepid scientists’ spirit of adventure, drawing from the Kraffts’ spectacular archive. FIRE OF LOVE tells a story of primordial creation and destruction, following two bold explorers as they venture into the unknown, all for the sake of love.

"...archival footage is exciting enough, but editors...make judicious use of split-screen, circular stencils and other visual effects, varying the rhythm just enough to make this world seem even more magical." (Washington Post)

"The images of walls of fire crashing down with the force of Niagara Falls or exploding into rocks underwater is reason enough to witness Fire Of Love." (NOW Toronto)

"The result is more than a mere nature documentary. It is one of the most moving and mesmerizing films of the year, a meditation on the wonders of nature and human curiosity." (The Atlantic)

"Not only did they throw themselves into their work, but they took copious photographs and movies of the volcanoes they studied, which makes Dosa’s film not just a poetic love story, but a feast for the senses." (National Post)

FIRE OF LOVE (Sara Dosa, 2022 / FIRE OF LOVE / 93 mins / PG) tells the story of two French lovers, Katia and Maurice Krafft, who died in a volcanic explosion doing the very thing that brought them together: unraveling the mysteries of our planet, while simultaneously capturing the most explosive volcano imagery ever recorded. Along the way, they changed our understanding of the natural world, and saved tens of thousands of lives. Previously unseen hours of pristine 16-millimeter film and thousands of photographs reveal the birth of modern volcanology through an unlikely lens -- the love of its two pioneers.