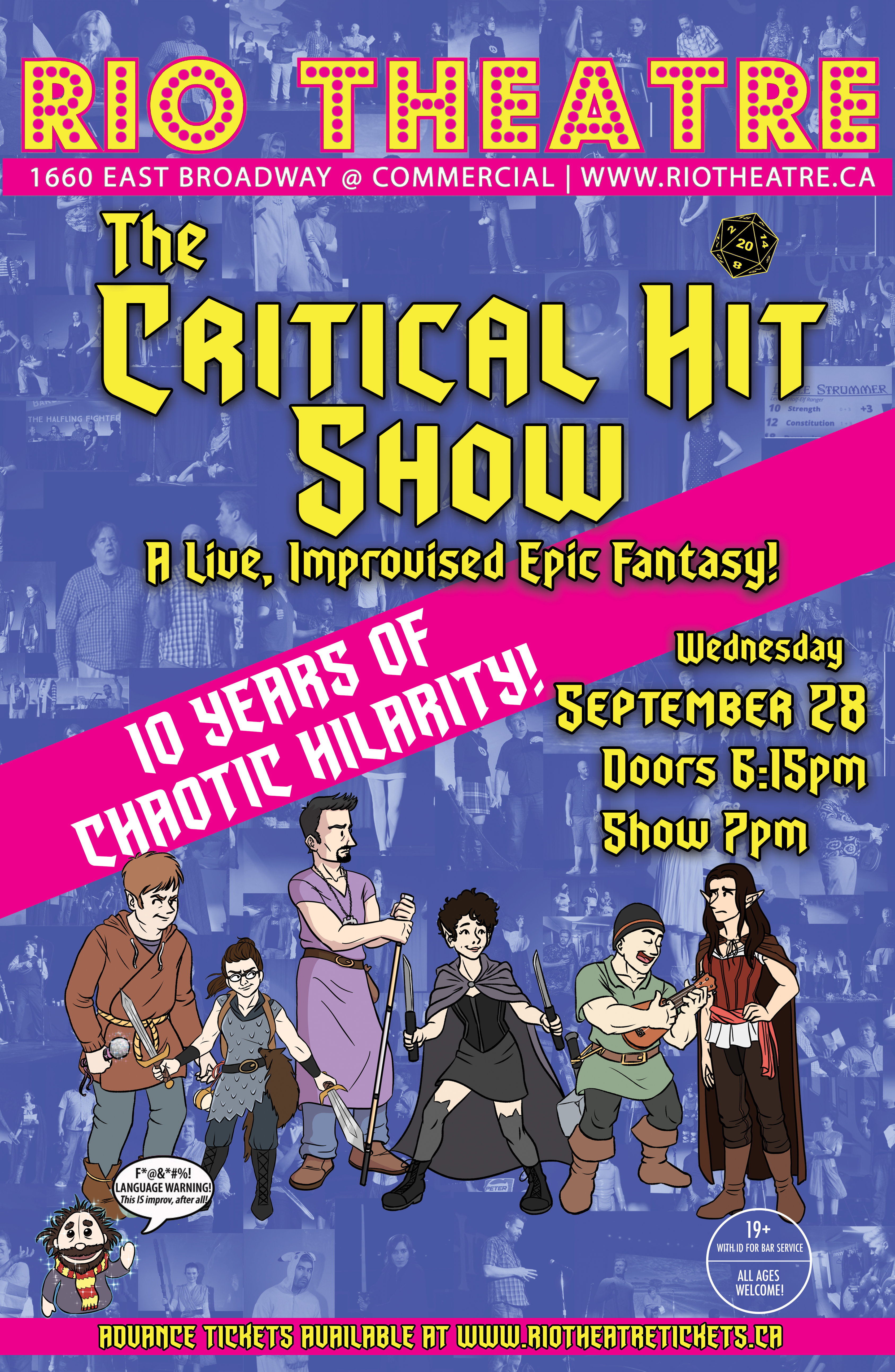 Join Vancouver’s best improv performers at the Rio Theatre for a night of intrepid cosplay, questing for comedy glory (and snacks) in a hilariously epic adventure that has been running continuously since 2012.