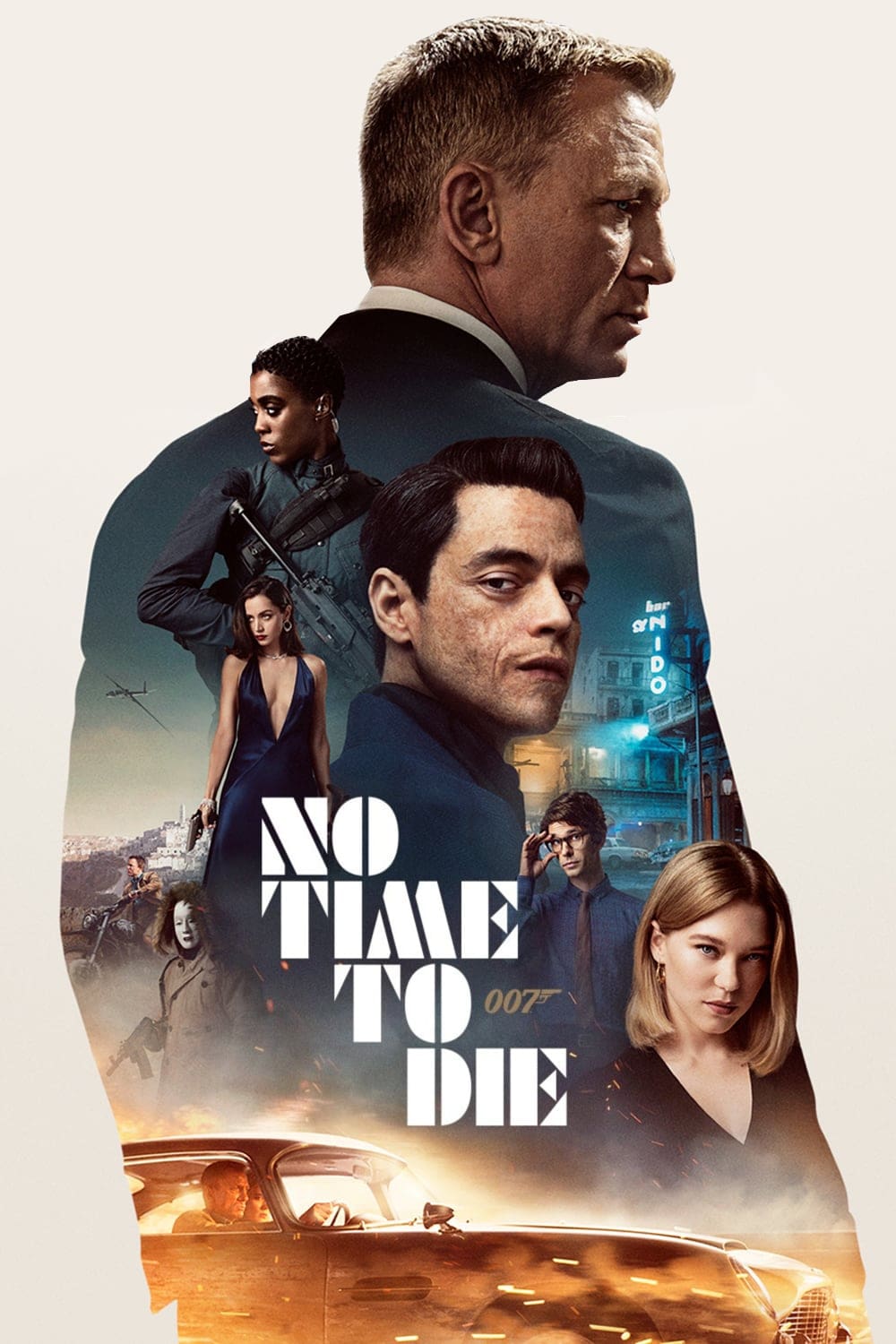 No Time to Die

In NO TIME TO DIE, actor Daniel Craig caps off a fabulous franchise tenure by delivering his swan song performance as MI6's super spy agent extraordinaire 007, aka Bond... James Bond.

Bond has left active service and is enjoying a tranquil life in Jamaica. His peace is short-lived when his old friend Felix Leiter from the CIA turns up asking for help. The mission to rescue a kidnapped scientist turns out to be far more treacherous than expected, leading Bond onto the trail of a mysterious villain armed with dangerous new technology. Also starring Rami Malek, Léa Seydoux, Lashana Lynch, Ben Whishaw, Naomie Harris, Jeffrey Wright, Christoph Waltz, Ralph Fiennes.

"With this fifth and final go-round, it's clear who the best Bond is. It's Craig, Daniel Craig." (Boston Globe)

"Lashana Lynch is a total blast as the MI6 agent Nomi, both a worthy rival for Bond as well as a potential replacement." (IndieWire)

"Craig is as cool as ever as Bond, and he commences with his derring-do, dispatching baddies with considerable aplomb... [O]verall this Bond delivers what fans have come to expect from a 007 film, no more, no less." (Salon.com)

"Daniel Craig's final moments as Bond rank among the most moving sequences in the history of this franchise, which has long favored the fantastic and the eye-popping in favor of genuine emotional stakes." (Chicago Sun-Times)

NO TIME TO DIE (Cary Joji Fukunaga, 2021 / 163 minutes / PG) James Bond has left active service. His peace is short-lived when Felix Leiter, an old friend from the CIA, turns up asking for help, leading Bond onto the trail of a mysterious villain armed with dangerous new technology.