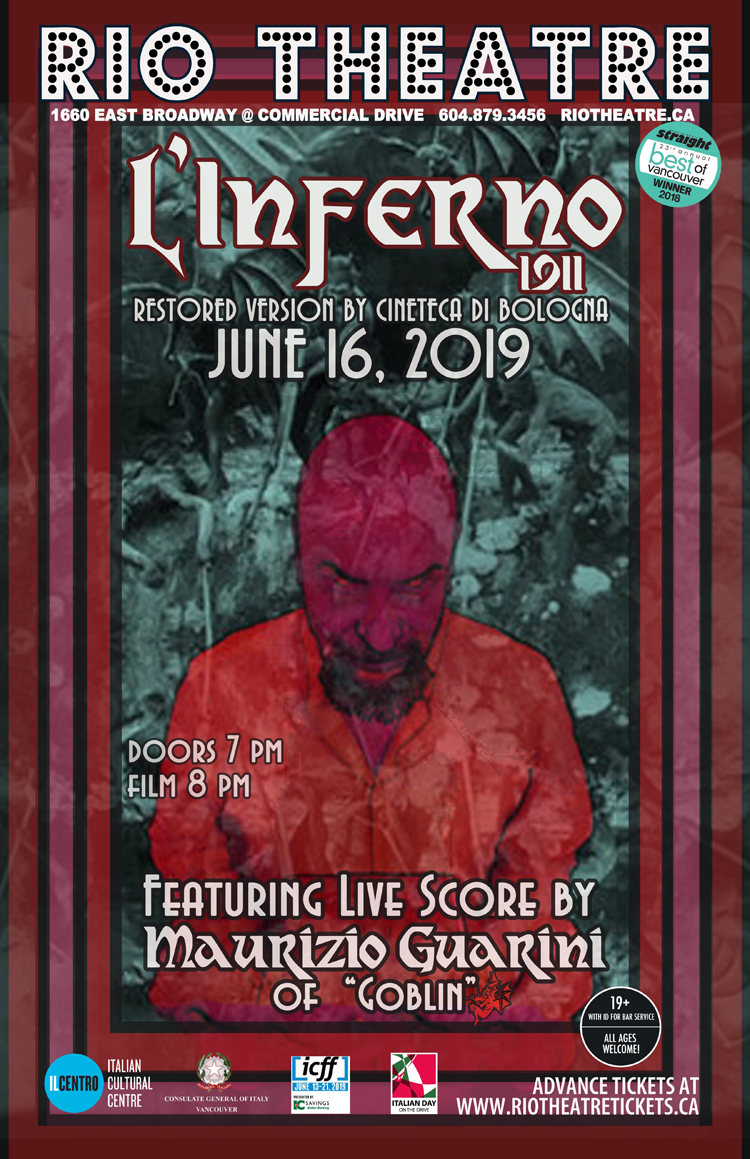 Join us at the Rio Theatre on Sunday, June 16 as we celebrate Italian Heritage Month in Vancouver with a classic of the silent film era - the 1911 Italian film L'INFERNO - featuring a live score performed by Maurizio Guarini, of the famed prog-rock band Goblin.

Ravishingly restored by Cineteca di Bologna, the film is loosed adapted from Inferno, the first canticle of Dante Alighieri's Divine Comedy. L'INFERNO took over three years to make, and was the first full-lenth Italian feature film. It currently remains as the world's oldest surviving feature-length film.

We are excited to welcome Guarini - whose band Goblin famously orchestrated the pioneering scores to numerous Italian "giallo" films - including Dario Argento's landmark SUSPIRIA - with his new, original score to this important icon of Italian cinema.

Presented by Rio Theatre and the Italian Contemporary Film Festival, in partnership with the Consulate General of Italy in Vancouver and Fare Cinema 2019, and with the generous support of Il Centro – Italian Cultural Centre in Vancouver.

*Minors permitted. (Viewer discretion is advised.)
*Sorry, Rio Theatre Groupons and passes are not accepted for this event.