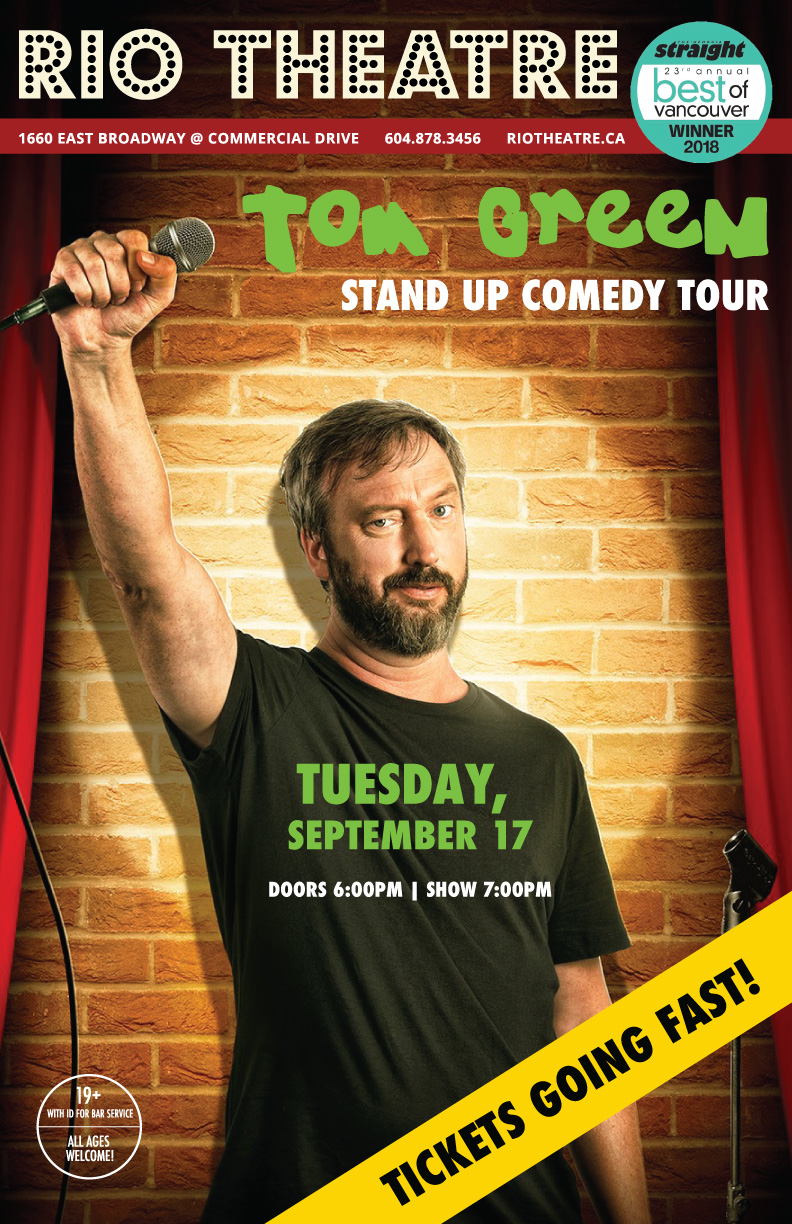 The Rio Theatre is beyond excited to welcome Canadian comedy pioneer Tom Green to the stage for a night of stand-up on Tuesday, September 17.

The success of the Tom Green Show has landed him roles in mainstream Hollywood movies like ROAD TRIP, FREDDY GOT FINGERED, STEALING HARVARD, CHARLIE'S ANGELS, and more. Now Tom Green’s sold out Stand Up Comedy Tour is getting 5 star reviews worldwide. Don’t miss the insanely hilarious stand up comedy of Tom Green when he hits the Rio! His brilliantly cracked view of the world around him makes for non-stop laughter every time.

$38 at the door / Rush seating only / Subject to availability

*Must be 19+ w/ID for entry and bar service. All seating is general admission.
**Sorry, Rio Theatre Groupons and passes not accepted for this event.