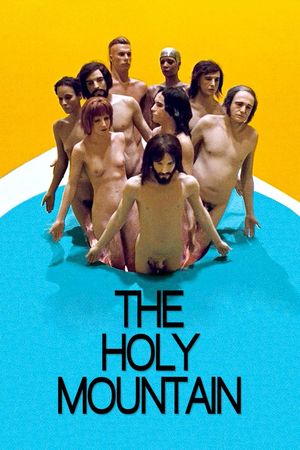 The Rio Theatre and the Vancouver Latin American Film Festival (VLAFF) are partnering to co-present a double feature in advance of the festival's highly anticipated 17th season, happening August 22-September 1. This year, VLAFF will be featuring over 70 wonderfully curated films from across Latin America, and is set take place at various venues around the city. Not to be missed!

We will be screening the remarkable 2017 documentary CHAVELA, about the life of the legendary Mexican ranchero singer and social pioneer, followed by legendary Chilean director's Alejandro Jodorowsky's cult-classic THE HOLY MOUNTAIN.

The scandal of the 1973 Cannes Film Festival, writer/director Jodorowsky’s flood of sacrilegious imagery and existential symbolism in THE HOLY MOUNTAIN is a spiritual quest for enlightenment pitting illusion against truth. The Alchemist (Jodorowsky) assembles together a group of people from all walks of life to represent the planets in the solar system. The occult adept’s intention is to put his recruits through strange mystical rites and divest them of their worldly baggage before embarking on a trip to Lotus Island. There they ascend the Holy Mountain to displace the immortal gods who secretly rule the universe.

"Not even Buñuel with a brainful of Woodstock's bad brown acid could have made something this gloriously screwy." (Time Out Magazine)

"This is an extraordinary visual concoction, loaded with stunning primary colors, anti-religious caricatures drawn from Diego Rivera and a succession of dreamlike, grotesque vistas worthy of Dalí at his most deranged." (Salon.com)

"Neither for the faint of heart or the linear of thinker, 'The Holy Mountain' qualifies both as a fascinating period relic and an enduringly transfixing jaw-dropper." (Toronto Star)

*Minors permitted in the balcony. (Please note this film is rated 18A.) Must be 19+ w/ID for bar service and main floor seating.
**Rio Theatre Groupons and passes OK for any single film. Please redeem at the door.

THE HOLY MOUNTAIN (Alejandro Jodorowsky, 1973 / 114 mins / 18A / English subtitles) In a corrupt, greed-fueled world, a powerful alchemist leads a Christ-like character and seven materialistic figures to the Holy Mountain, where they hope to achieve enlightenment.