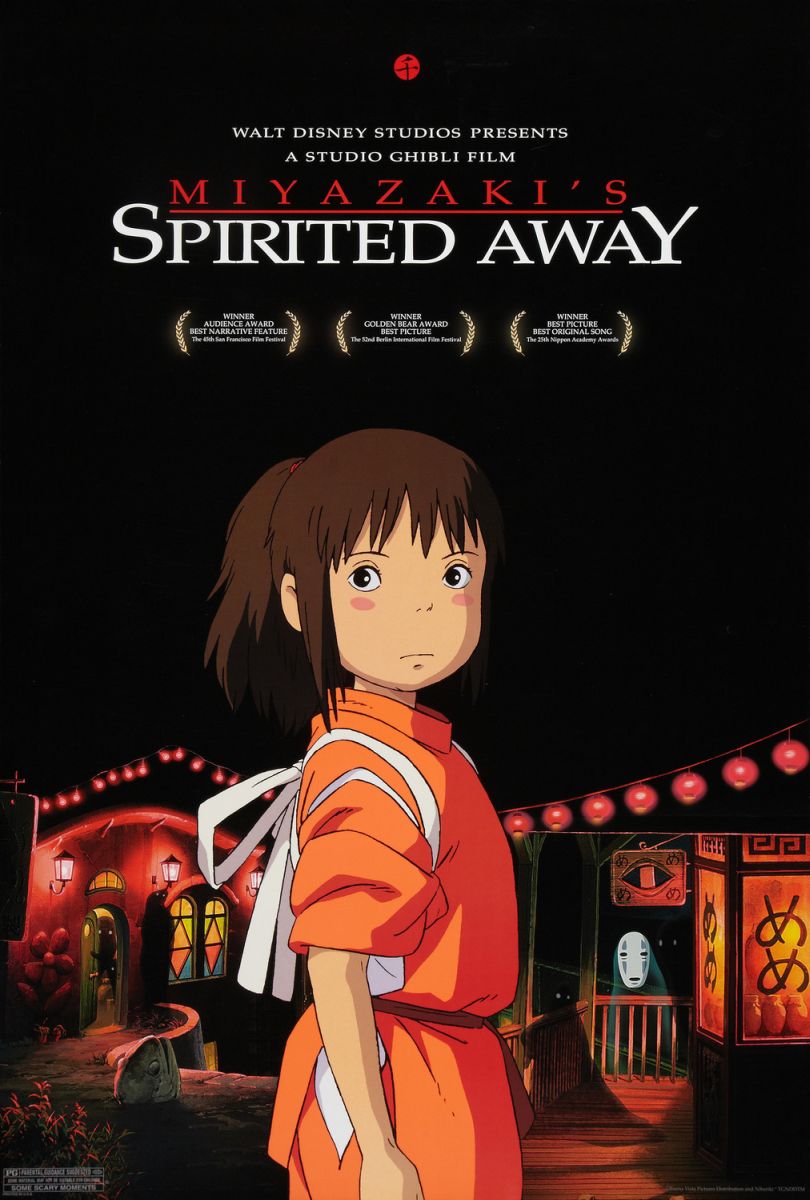 Almost twenty years (!) after its release, Hayao Miyazaki‘s SPIRITED AWAY still remains one of the most explosively original and enchanting animated films ever made – and it’s even better on the big screen! Enter a captivating world of witches, dragons and spirits, in a critically-acclaimed story that became a worldwide phenomenon. The film followed a ten year old girl who wanders away from her parents along a path that leads to a world ruled by strange and unusual monster-like animals, only to discover that they have been changed into pigs along with others inside a bathhouse full of these creatures.
“Artful but not arty, SPIRITED AWAY is a handcrafted cartoon, as personal as an Utamaro painting, yet its breadth and heart give it an appeal that should touch American viewers of all ages.” (Time Magazine)

“Knock me down with a feather, it turns out to be terrific; maybe not a masterpiece, but certainly aglitter with invention, excitement and a mysterious kind of wit.” (The Independent)

*Minors welcome in the balcony! Must be 19+ w/ID for bar service and main floor seating.
**Rio Theatre Groupons and passes OK. Please redeem at the door.

SPIRITED AWAY (Hayao Miyazaki, 2001 DCP / 125 mins / PG) 10-year-old Chihiro is on another seemingly-boring trip with her parents. However, when they stop at a mysterious village, her parents undergo a puzzling transformation, and she is whisked into a world of fantastic spirits, shape-shifting dragons and a witch who never wants to see her leave. Chihiro must call on the courage she never knew she had to free herself and return her family to the outside world.