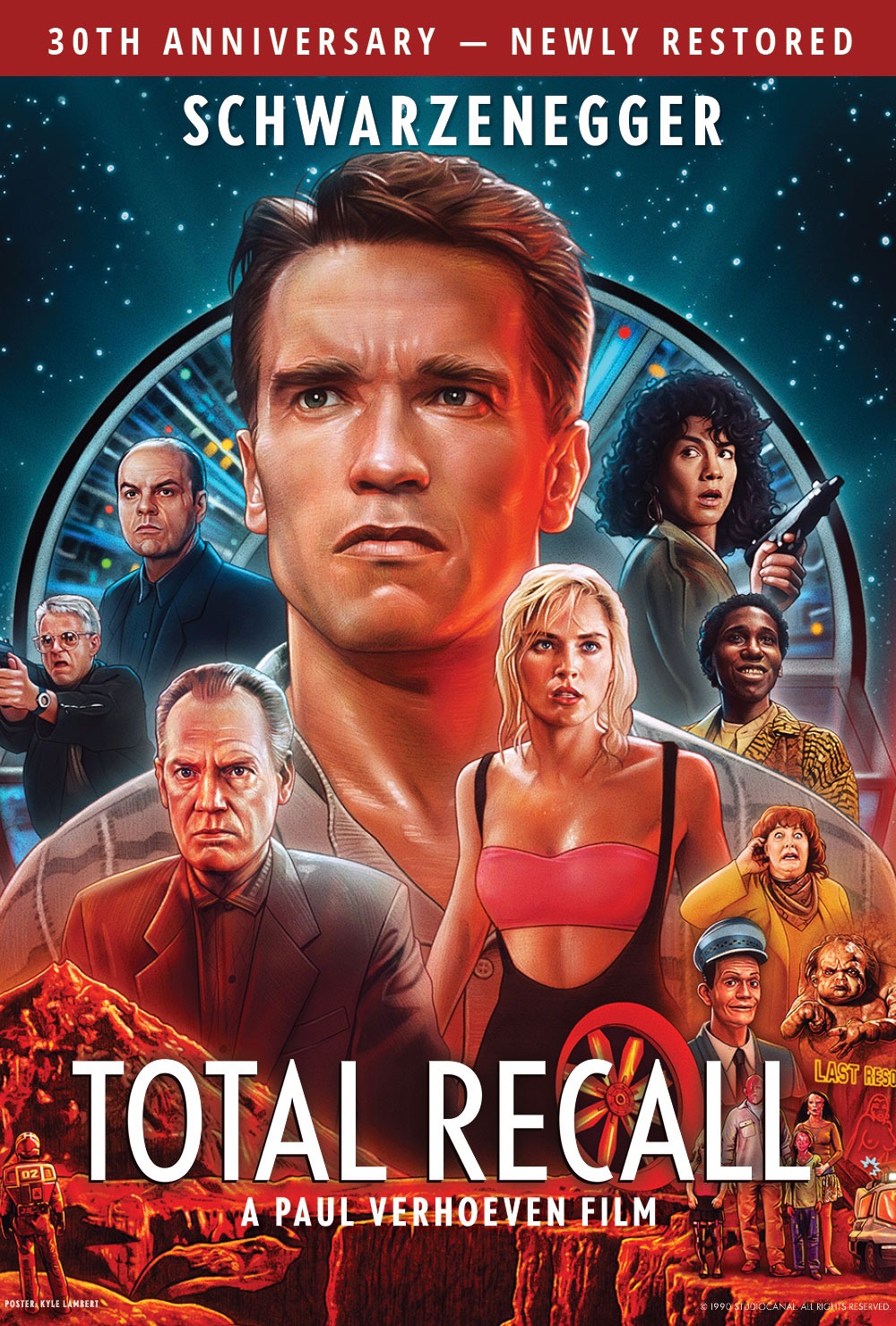 Doug Quaid (Arnold Schwarzenegger) seems to have it pretty good in 2084 A.D. A heavily muscled construction worker, he boasts a beautiful wife, Lori (Sharon Stone), good friends, and a technologically advanced home featuring video phones and even video walls. But he is haunted by dreams of a mysterious brunette woman and the red wastelands of Mars. Quaid visits Rekall, a unique travel agency that implants the memory of an adventure into its customers’ minds, to get the chance to live out his Martian fantasies. When something goes terribly wrong and a blocked off portion of his mind is activated, Quaid finds himself at the center of a dangerous conspiracy. He must travel to Mars and get to the bottom of why he is being hunted by trigger-happy henchmen. But how can he know that what he’s experiencing isn’t just part of the Rekall experience? Are the mutant revolutionaries on Mars his allies, enemies, or complete fabrications? And is the lovely brunette at his side nothing more than a figment of his imagination?

Starring Arnold Schwarzenegger, Sharon Stone, Ronny Cox and Michael Ironside, Paul Verhoeven's TOTAL RECALL tells the story of a construction worker who suddenly finds himself embroiled in espionage on Mars and unable to determine if the experiences are real or the result of memory implants. Adapted from Philip K. Dick’s short novel, "We Can Remember It For You Wholesale", TOTAL RECALL is a truly visionary film ahead of its time. Released in 1990, the film features a career best performance from the legendary Schwarzenegger, and for its 30th anniversary in 2020, was restored from a scan of the original 35mm negative at Technicolor LA in tiff 16 bits format. Colour-grading was supervised by Jérome Bigleur at Hiventy. The restoration crew paid particularly high attention to preserve special effect continuity.

TOTAL RECALL (Paul Verhoeven, 1990 / 113 mins / 14A) Construction worker Douglas Quaid discovers a memory chip in his brain during a virtual-reality trip. He also finds that his past has been invented to conceal a plot of planetary domination. Soon, he's off to Mars to find out who he is and who planted the chip.