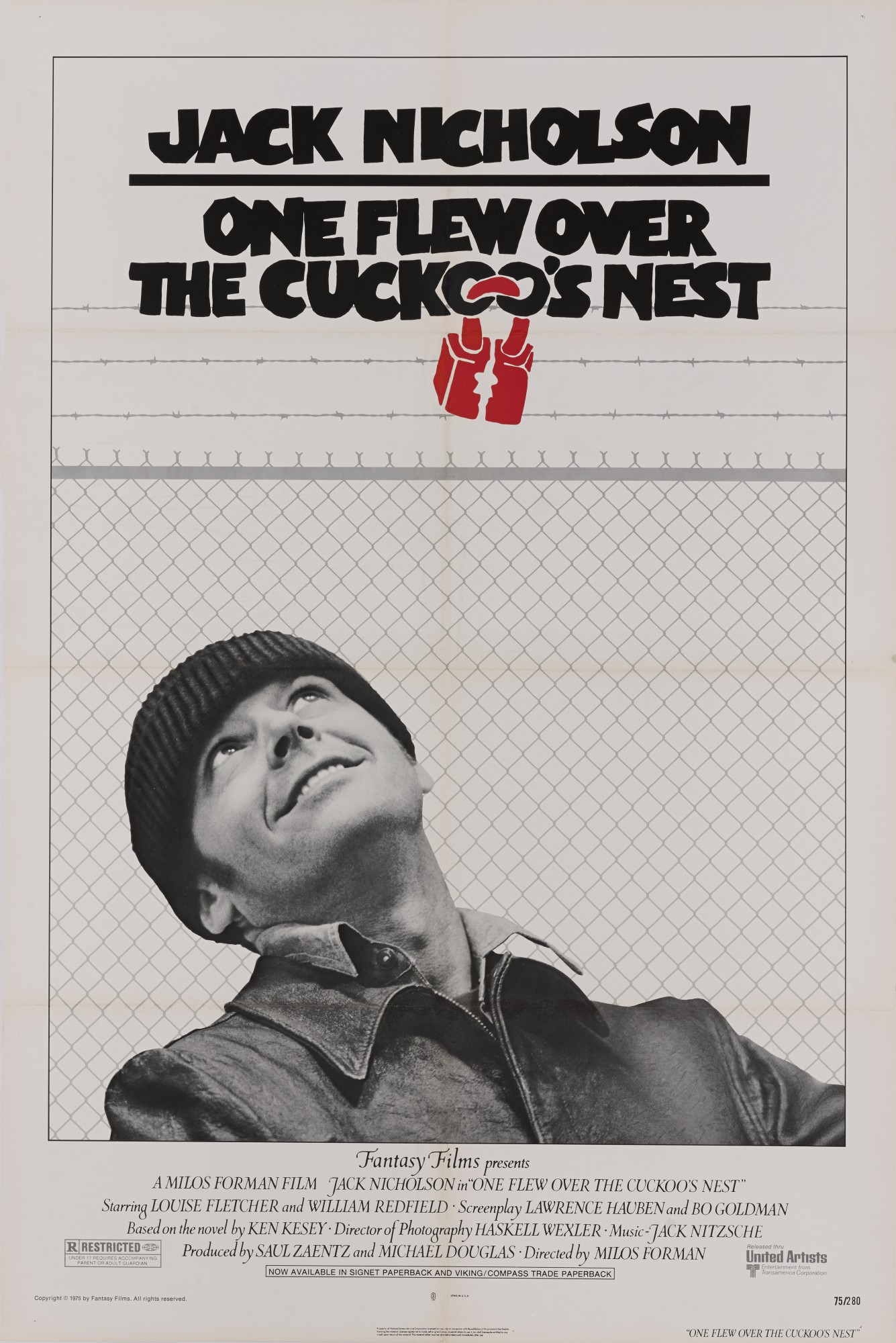 One Flew Over The Cuckoo's Nest

We've been watching Ryan Murphy's RATCHED on Netflix, which offers a highly stylized, episodic "origin story" to one of cinema's ultimate villains, ONE FLEW OVER THE CUCKOO'S NEST's indelibly cruel Nurse Ratched. As such, we felt the time was right to revisit director Milos Forman's masterful, Oscar-winning classic with the big screen viewing it so richly deserves.

ONE FLEW OVER THE CUCKOO'S NEST tells the story of a free-spirited rogue (Jack Nicholson) who takes over the ward of a mental hospital by a combination of chutzpah and ingenuity. Using the madhouse to symbolize the individual against the system, the story gets its power from its unforgettable ensemble of characters and accretion of details that reveal what life is about inside a mental institution.

The film is based on Ken Kesey´s best-selling novel published in 1962, and swept the top five Oscars in 1976 (including Best Picture, Director, Adapted Screenplay, Actor and Actress for Louise Fletcher) - the first film to do so since IT HAPPENED ONE NIGHT in 1934. With Danny DeVito, Christopher Lloyd, Scatman Crothers, Brad Dourif, Michael Berryman, Vincent Schiavelli.

The Rio Theatre's screening of ONE FLEW OVER THE CUCKOO'S NEST is presented with the generous help and support from our friends at the Saul Zaentz Company. Partial proceeds from this event to benefit Vancouver's Covenant House.

"The onscreen battle between Jack Nicholson and Louise Fletcher serves as a personal microcosm of the culture wars of the 1970s -- and testament to the director's vision that the film retains its power more than three decades later." (Rotten Tomatoes)

"Nicholson explodes on the screen in a performance so flawless in timing and character perception that it should send half the stars in Hollywood back to acting school." (New York Daily News)