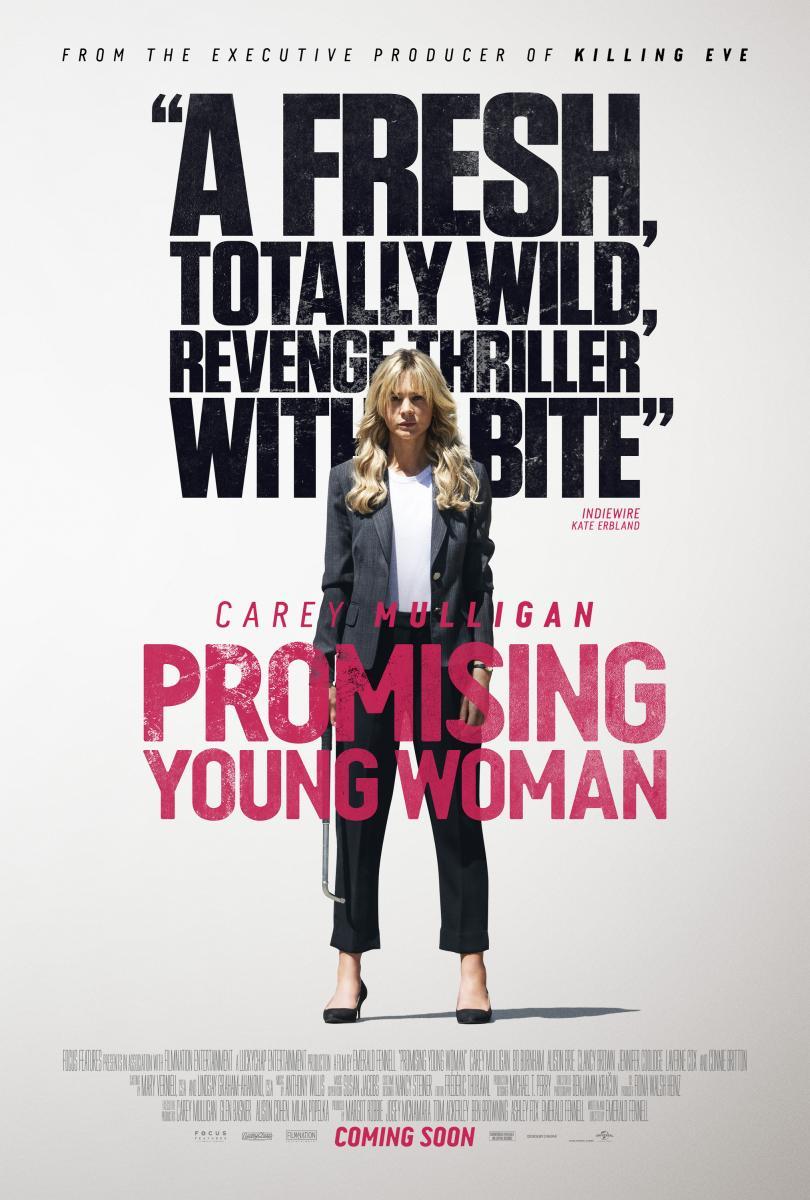 Take her home and take your chances.

Although perhaps best known for her work as an actress, Brit Emerald Fennel (THE CROWN, CALL THE MIDWIFE) made huge waves in 2020 thanks to her #MeToo-inspired feature directorial debut A PROMISING YOUNG WOMAN, a razor-sharp and very contemporary revenge thriller that earned her both an Oscar for Best Original Screenplay, and a nomination as Best Director (making her one of only a handful of women to have ever received one). Carey Mulligan poured heart, soul and body into her Oscar-nominated performance as a young woman, traumatized by a tragic event in her past, who seeks out vengeance against those who crossed her path. With Laverne Cox, Bo Burnham, Jennifer Coolidge, Christopher Mintz-Plasse, Alison Brie, Connie Britton, Molly Shannon.

"'Promising Young Woman' is tragedy masked as comedy, a movie where an itch for justice is scratched by a twisted knife." (Plugged In)

"Mulligan's withering disdain is a thing of beauty." (Observer)

"'Promising Young Woman' feels intentional from start to finish, every line balanced for effect and many-layered meanings. It's messy in exactly the way it needs to be." (Bust Magazine)

PROMISING YOUNG WOMAN (Emerald Fennell, 2020 / 114 / 14A) Nothing in Cassie's life is what it appears to be -- she's wickedly smart, tantalizingly cunning, and she's living a secret double life by night. Now, an unexpected encounter is about to give Cassie a chance to right the wrongs from the past.