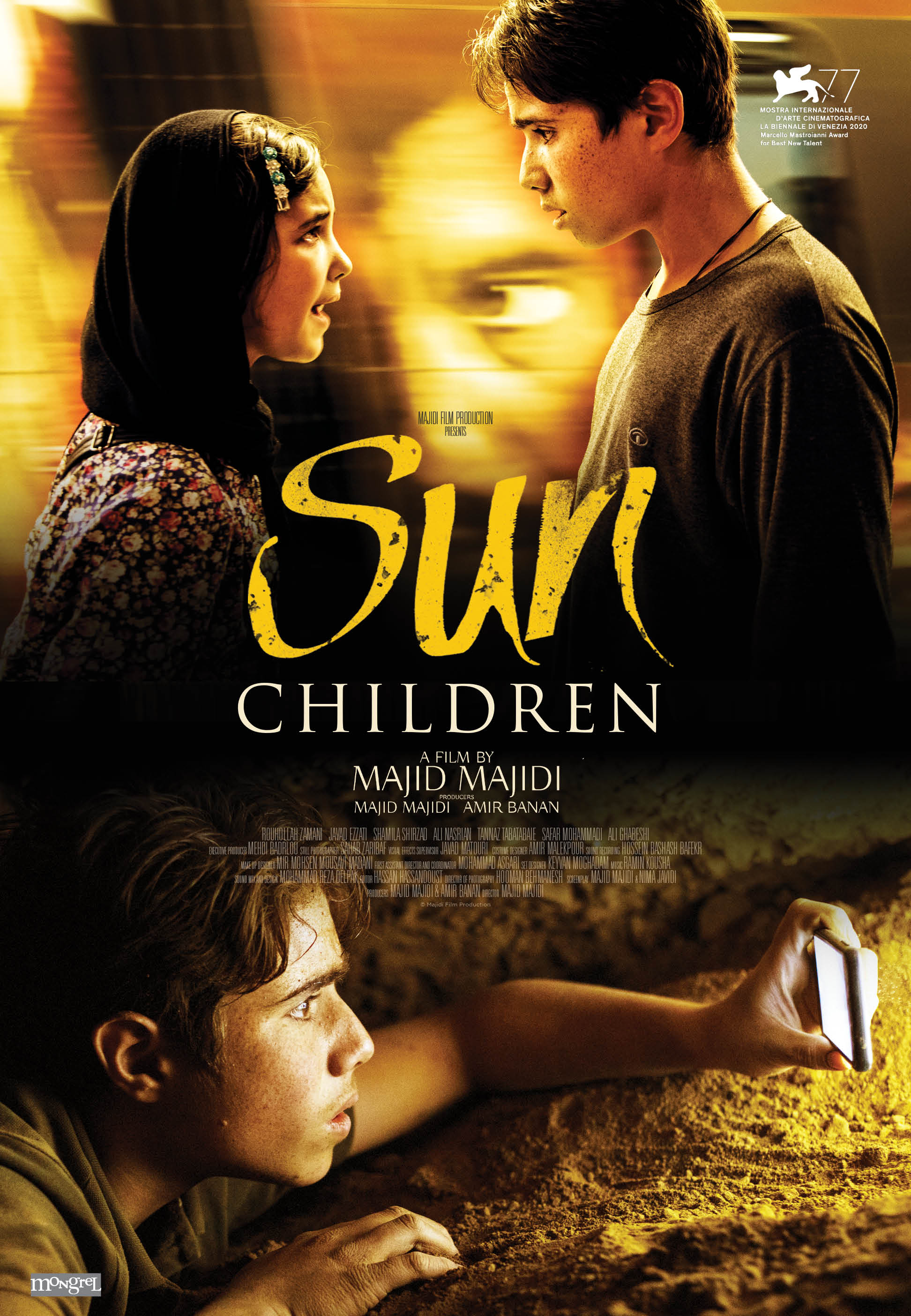 SUN CHILDREN is the story of 12-year-old Ali and his three friends. Together they work hard to survive and support their families, doing small jobs in a garage and committing petty crimes to make fast money. In a turn of events that seems miraculous, Ali is entrusted to find a hidden treasure underground. He recruits his gang, but first, to gain access to the tunnel, the children must enroll at the Sun School, a charitable institution that tries to educate street kids and child laborers, close to where the treasure is located.

Directed by legendary Iranian filmmaker Majid Majidi (CHILDREN OF HEAVEN, COLOUR OF PARADISE), SUN CHILDREN ("Khorshid"), SUN CHILDREN is one of the most lauded Persian films of the year, was Iran's submission for the 'Best International Feature Film' category of the 93rd Academy Awards in 2021, and won the Marcello Mastroianni Award for Best Emerging Young Actor (Rouhollah Zamani) at the Venice Film Festival 2020. With Ali Nassirian, Javad Ezati, Tannaz Tabatabaei, and Roohollah Zamani.

"Legendary filmmaker Majid Majidi's latest, 'Sun Children', is a tidal wave of compassion and empathy that crests into rage and sorrow." (AV Club)

"While 'Sun Children's roots derive from 'The Goonies,' there's no pirate ship of gold to save the parents at the end of the tunnel. Maijidi's film begins dire, and ends dire, a plea for his audience to see the world for the dark place it is." (Austin Chronicle)

"Quite the thrill ride, mixing a Dickensian, social-realist account of children in poverty in Tehran with a kinetic, far-fetched heist movie… a crowdpleaser…a thrilling portrait of youth… (with) scene- stealing Shamila Shirzad turning in the best performance of the film.” (Indiewire)

“Iranian director Majid Majidi has made some of the most visually stunning and emotionally stirring films in world cinema about the plight of under-privileged, exploited and abused young people, and 'Sun Children' is one of his very best.” (The Hollywood Reporter)