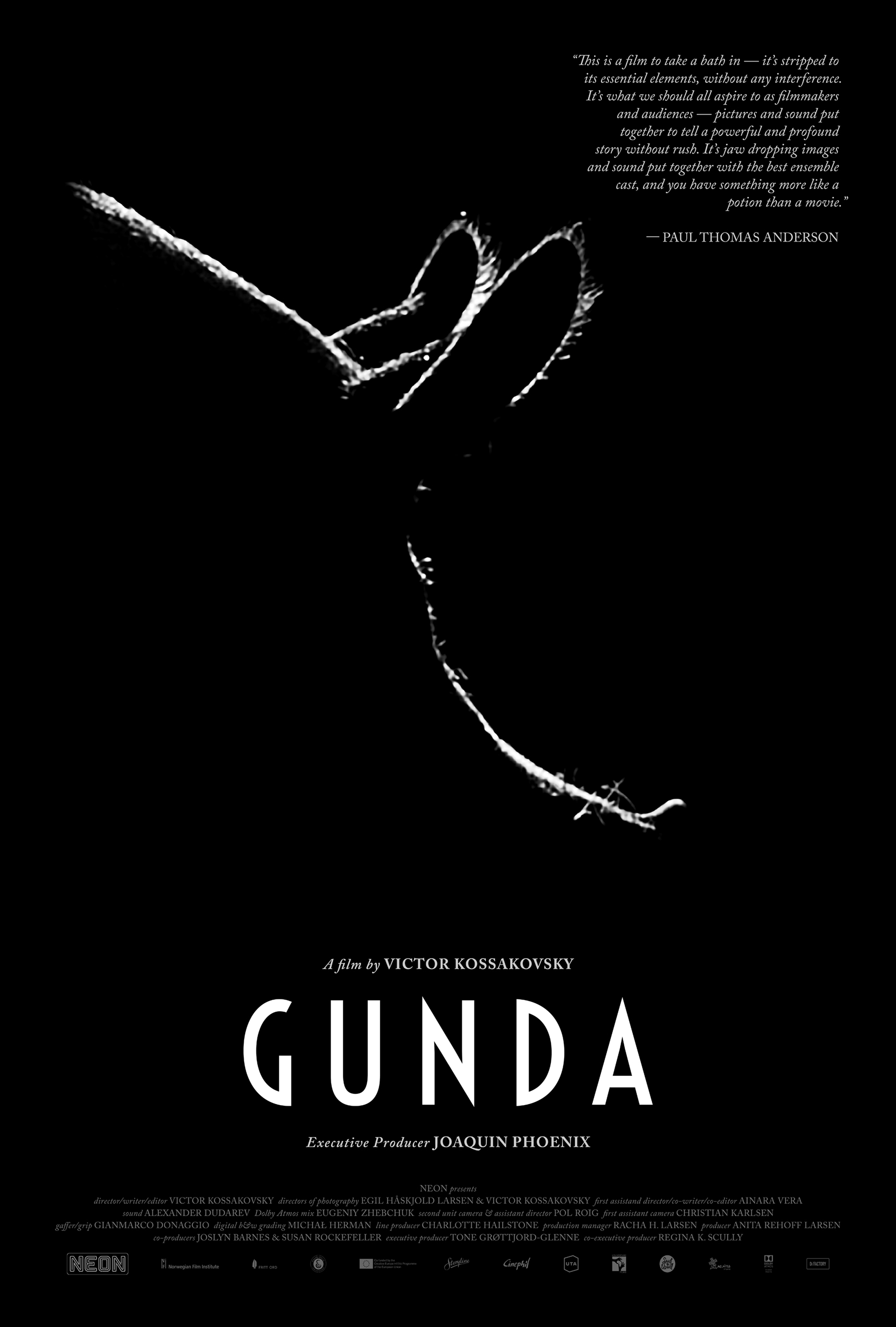 Experiential cinema in its purest form, GUNDA chronicles the unfiltered lives of a mother pig, a flock of chickens, and a herd of cows with masterful intimacy. Using stark, transcendent black and white cinematography and the farm's ambient soundtrack, Master director Victor Kossakowsky invites the audience to slow down and experience life as his subjects do, taking in their world with a magical patience and an other worldly perspective. GUNDA asks us to meditate on the mystery of animal consciousness, and reckon with the role humanity plays in it. Executive produced by Joaquin Phoenix.

"The secret life of farm animals remains a secret, but a fascinating and even poignant one, in this strange and unexpectedly subtle film..." (Guardian)

"Full of fascinating behavioural insights and moments that are both hilarious and adorable, this studied treatise on the personality and emotionality of domestic animals should provide plentiful food for thought." (Empire Magazine)

GUNDA (Victor Kossakowsky, 2021 / 93 mins / G) Documentary looks at the daily life of a pig and its farm animal companions: two cows and a one-legged chicken.