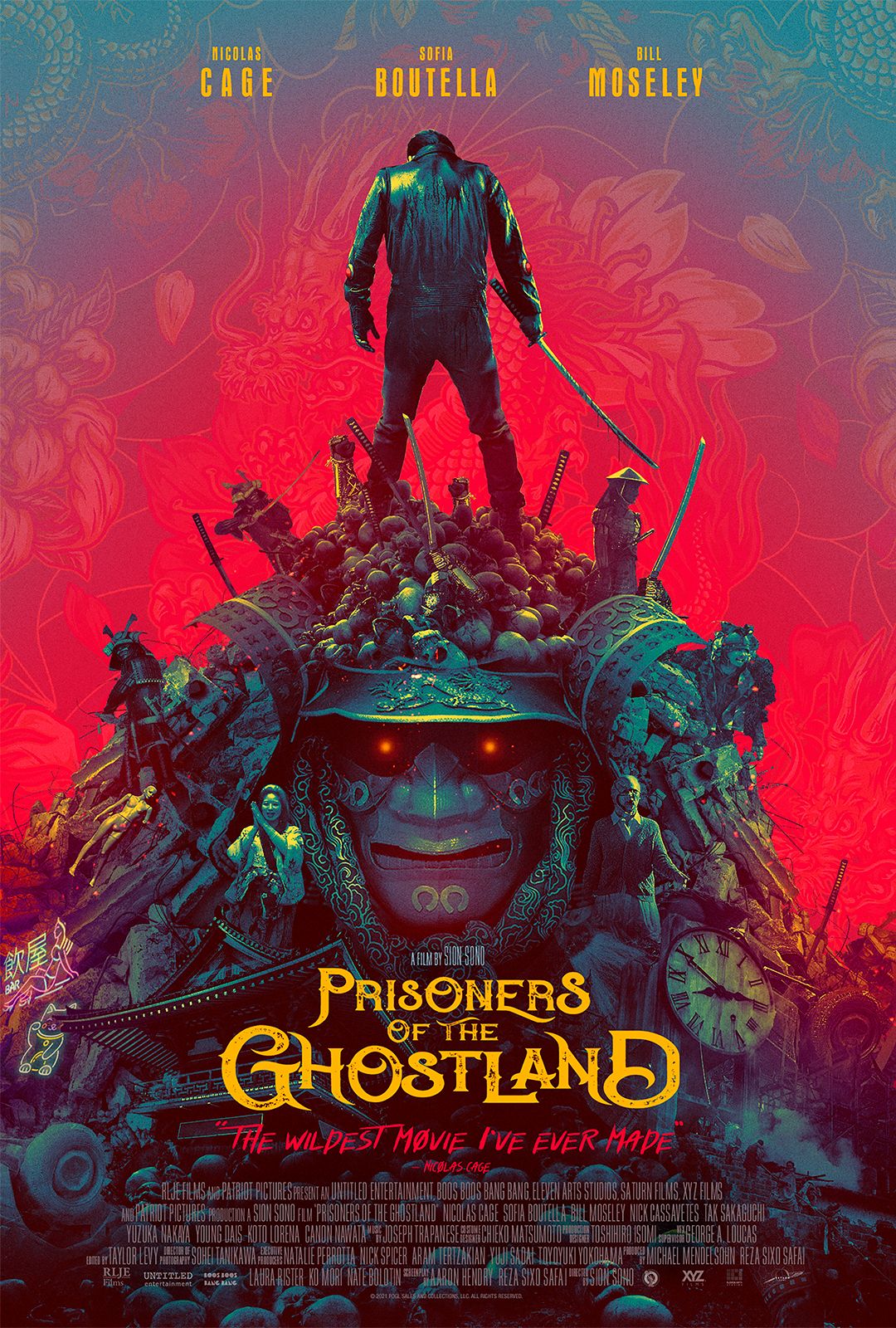 Prisoners of the Ghostland

In the treacherous frontier city of Samurai Town, a ruthless bank robber (Cage) is sprung from jail by wealthy warlord The Governor, whose adopted granddaughter Bernice has gone missing. The Governor offers the prisoner his freedom in exchange for retrieving the runaway. Strapped into a leather suit that will self-destruct within five days, the bandit sets off on a journey to find the young woman—and his own path to redemption. With Bill Moseley, Nick Cassavetes, Sofia Boutella.

"The most absurd thing about Sion Sono’s 'Prisoners of the Ghostland' — a sukiyaki psych-Western that casts Nicolas Cage as a criminal on a mission to rescue a runaway girl from a post-apocalyptic wasteland before the bombs attached to his balls explode — is that it didn’t already exist... Their collaboration is a meeting of the minds that immediately delivers on its orgiastic promise." (IndieWire)

"With Cage as his lead, Sion Sono––one of Japan’s most creative, kinetic filmmakers––embarked on his English-language debut 'Prisoners of the Ghostland' following his life-altering, death-defying heart attack. The results are a madcap 'Mad Max'-esque, Gilliam-style fever dream that throws everything at the screen that its limited, but resourceful budget can muster up." (The Film Stage)

"The actor himself calls this 'the wildest movie I've ever made... and that's saying something.'" (Arts Technica)

PRISONERS OF THE GHOSTLAND (Sion Sono, 2021 / 103 mins / 18A) A ruthless bank robber is sprung from jail by a wealthy warlord and sent on a dangerous quest to find his adopted granddaughter, who has gone missing.