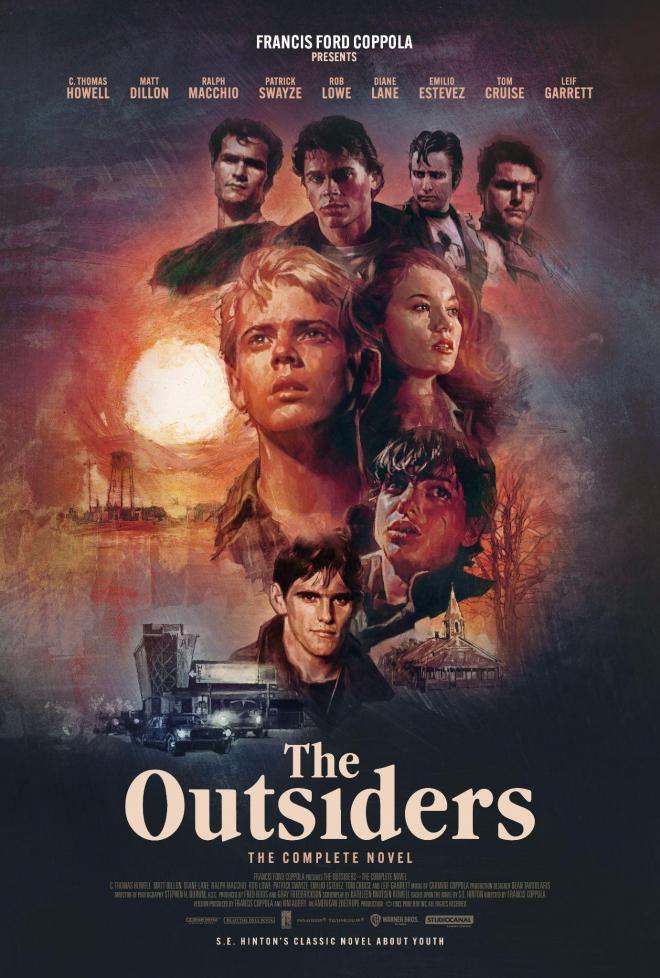 Early 1960s. Tulsa, Oklahoma. The city is divided between teenagers who have grown up with wealth and privilege and the rough-edged "Greasers" from the wrong side of the tracks. The Greasers yearn for the life they see on the other side of town, but the rich kids want to keep them in their places. Then, one Greaser dares cross the line to talk, and to dream of more, with a girl from across the tracks . . . an action that can only lead to conflict on a hot, steamy night.

This limited screening event will feature the newly 4K Restored version of the film, as well as a special on-screen introduction to the film by director Francis Ford Coppola. This restoration was created using the original film negative, maintaining the highest level of visual quality as possible. It stands as director Coppola’s preferred version of the film; including a beginning and ending more true to the S.E. Hinton novel on which the film is based, an additional 22 minutes of footage, as well as a rousing rock ‘n’ roll soundtrack.

"One of the most overtly aesthetic, art-for-art's-sake films in Hollywood's history, a faux-naf Pre-Raphaelite mural in which angels with dirty faces but immaculately pure hearts burn with a hard, gemlike flame before being snuffed out in their prime." (Sight & Sound)

"'The Outsiders' captured, as if in amber, the ongoing fight at the heart of the adolescent experience – knowing that the way things stand is wrong, but being unclear how to fix it, and frustrated with older adults for continuing on, obliviously." (Rolling Stone Magazine)

THE OUTSIDERS: THE COMPLETE NOVEL (Francis Ford Coppola, 1983 / PG / 127 minutes) A teen gang in rural Oklahoma, the Greasers are perpetually at odds with the Socials, a rival group. When Greasers Ponyboy and Johnny get into a brawl that ends in the death of a Social member, the boys are forced to go into hiding. Soon Ponyboy and Johnny, along with the intense Dallas and their other Greaser buddies, must contend with the consequences of their violent lives. While some Greasers try to achieve redemption, others meet tragic ends.