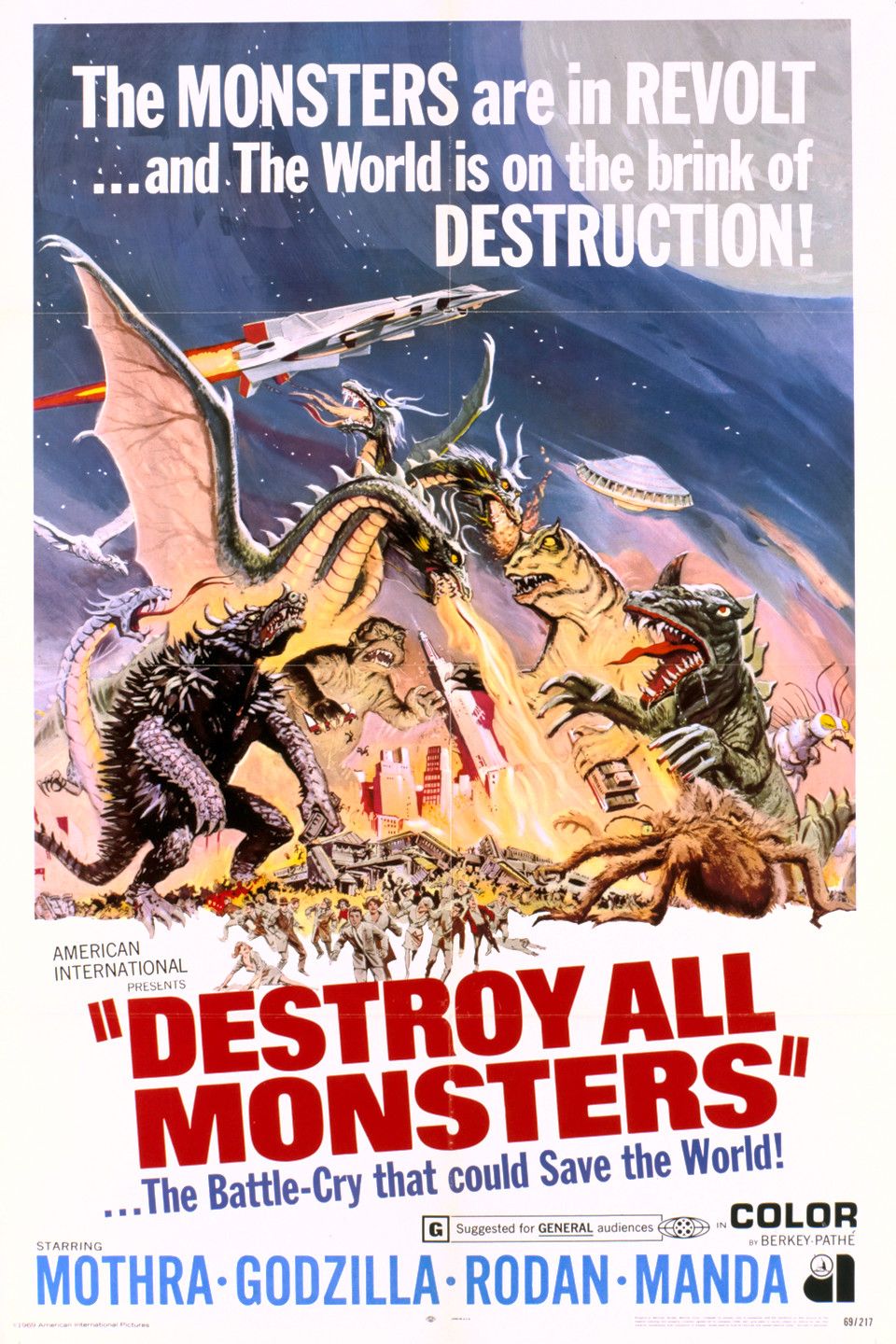 Set in the remote future of 1999, when the people of Earth have achieved world peace by confining destructive creatures to Monsterland (until an alien race intervenes), DESTROY ALL MONSTERS mounts a thrilling display of innovative action sequences and memorable images that have made it a favorite for generations of viewers.

"That the special effects could have been more realistically concocted by a 12-year-old with a Super 8 camera only adds to the fun." (Film4)

"This is effectively the end of the "golden age" of Godzilla movies (there wouldn't be a truly great installment again until the 90s) but it's a hell of a note to go out on." (Escapist Magazine)

DESTROY ALL MONSTERS (Ishiro Honda, 1968 / 89 mins / G / English subs) At the turn of the century, all of the Earth's monsters have been rounded up and kept safely on Monsterland. Chaos erupts when a race of she-aliens known as the Kilaaks unleash the monsters across the world.