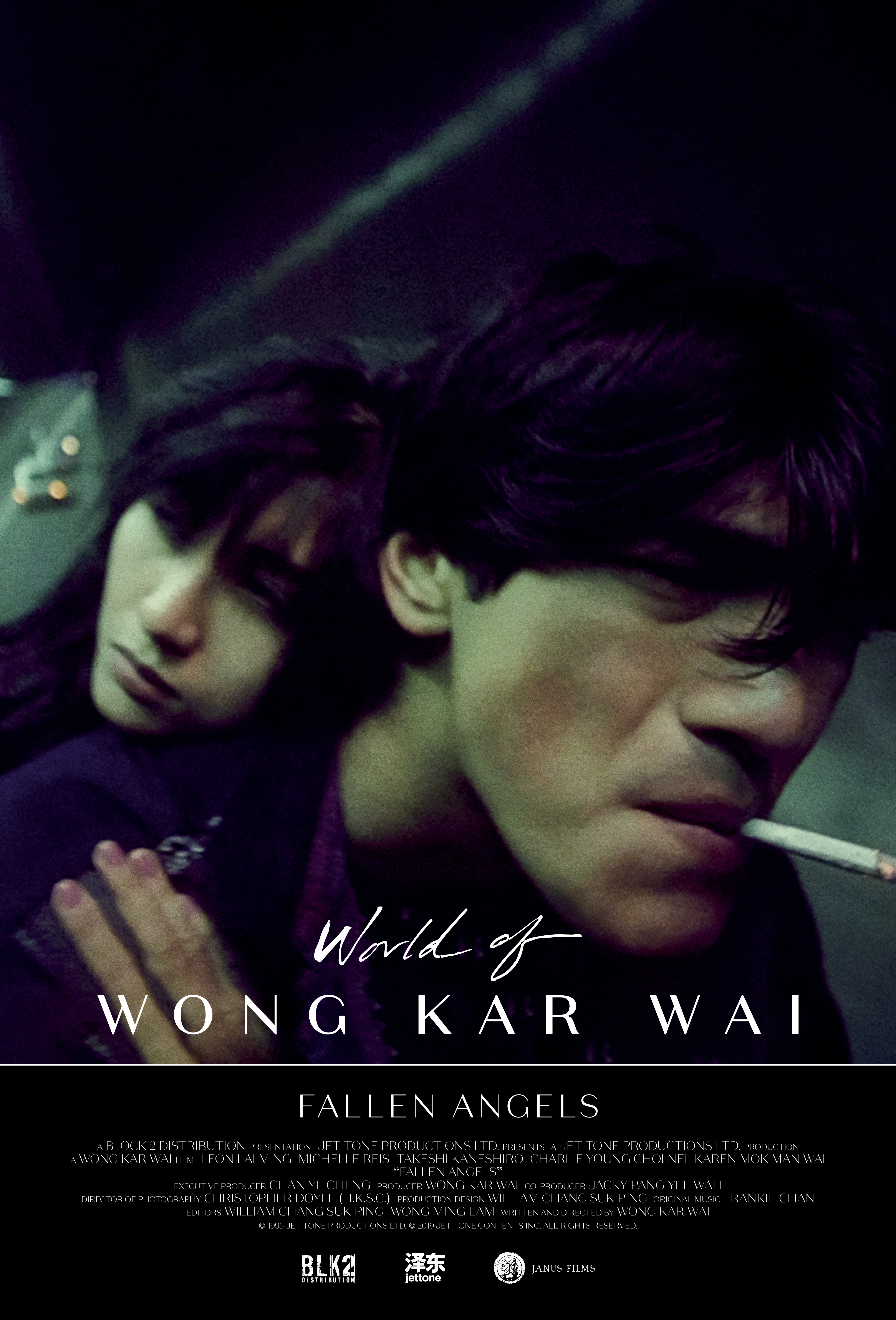 Originally conceived as a segment of CHUNGKING EXRESS, only to spin off on its own woozy axis, this hyper-cool head rush plays like the dark, moody flip side to Wong’s breakout feature as it charts the subtly interlacing fates of a handful of urban loners, including a coolly detached hitman (Leon Lai) looking to go straight, his business partner (Michelle Reis) who secretly yearns for him, and a mute delinquent (Takeshi Kaneshiro) who wreaks mischief by night. Swinging between hardboiled noir and slapstick lunacy with giddy abandon, FALLEN ANGELS is both a dizzying, dazzling city symphony and a poignant meditation on love, loss, and longing in a metropolis that never sleeps.

"An exhilarating rush of a movie, with all manner of go-for-broke visual bravura that expresses perfectly the free spirits of [Wong's] bold young people." (LA Times)

"I felt transported back to the 1960s films of Jean-Luc Godard. I was watching a film that was not afraid of its audience." (Roger Ebert)

FALLEN ANGELS (Wong Kar Wai, 1995 / 98 mins / 14A / English subtitles) In this bifurcated crime narrative, a disillusioned hitman attempts to escape from his violent lifestyle against the wishes of his partner, who is infatuated with him, and an eccentric mute repeatedly encounters, then subsequently falls for a depressed woman looking for the prostitute who supposedly stole her ex-boyfriend's affections.