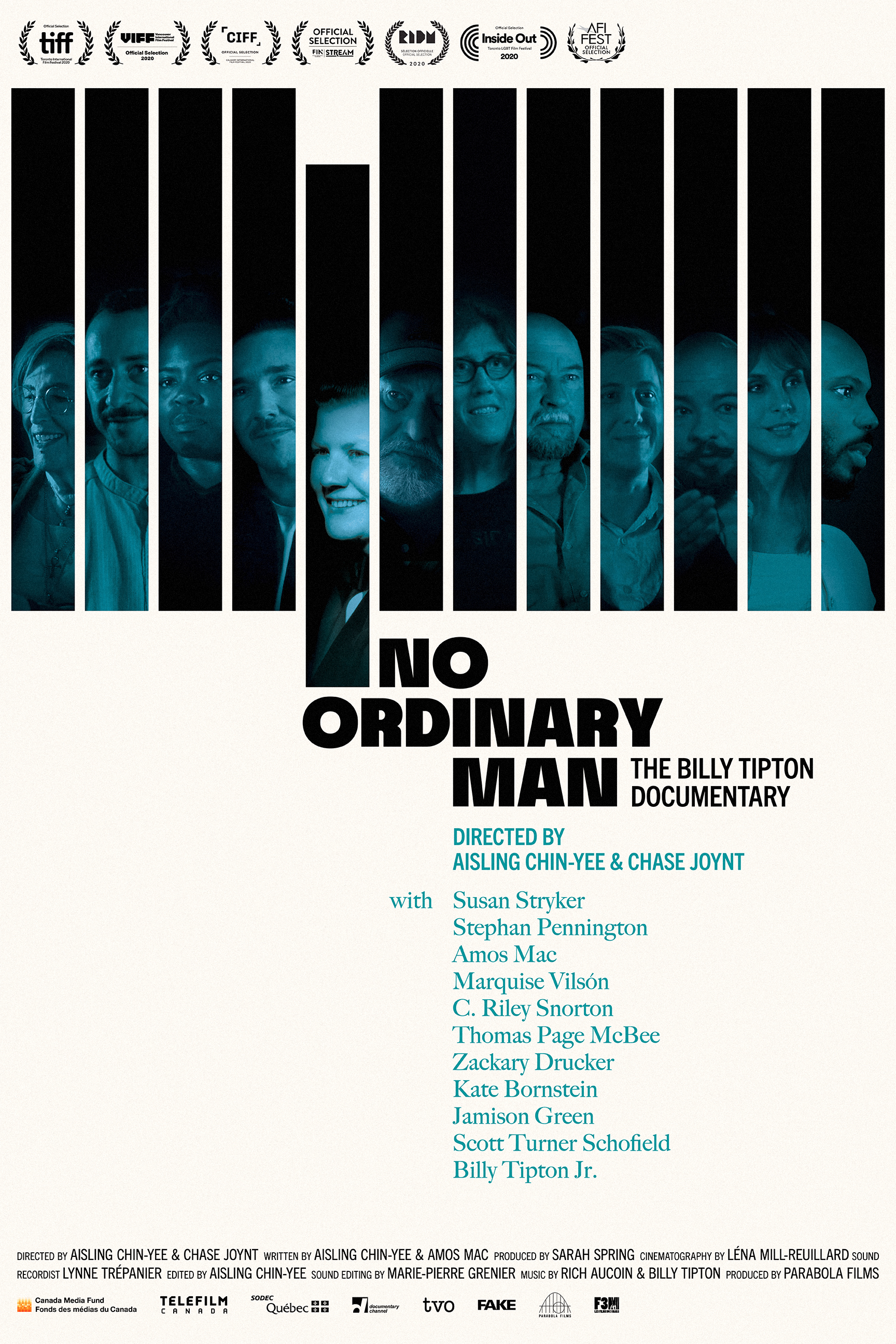 NO ORDINARY MAN is an in-depth look at the life of musician and trans culture icon Billy Tipton. Complicated, beautiful and historically unrivaled, this groundbreaking film shows what is possible when a community collaborates to honor the legacy of an unlikely hero.

American jazz musician Billy Tipton developed a reputable touring and recording career in the mid-twentieth century, along with his band The Billy Tipton Trio. After his death in the late 80s, it was revealed that Tipton was assigned female at birth, and his life was swiftly reframed as the story of an ambitious woman passing as a man in pursuit of a music career. The genre-defying documentary NO ORDINARY MAN seeks to correct that misrepresentation by collaborating with trans artists. As they collectively celebrate Tipton's story as a musician living his life according to his own terms, they paint a portrait of a trans culture icon. NO ORDINARY MAN features leading voices and breakout stars in the trans community, including Marquise Vilsón, Scott Turner Schofield, Susan Stryker, C. Riley Snorton, and Thomas Page McBee, among others.

"A strikingly nuanced documentary, 'No Ordinary Man' pays moving tribute to its subject's remarkable life -- and lasting impact on the lives of others." (Rotten Tomatoes)

"'No Ordinary Man' challenges the very basis of cultural production, eschewing the familiar accumulation of biographical and historical information and instead questioning the process by which such information is gathered." (The New Yorker)

NO ORDINARY MAN (Aisling Chin-Yee, 2020 / PG / 80 minutes) For decades, the life of American Jazz musician Billy Tipton was framed as the story of an ambitious woman passing as a man in pursuit of a music career. In 'No Ordinary Man', Tipton’s story is re-imagined and performed by trans artists as they collectively paint a portrait of an unlikely hero. Together, the filmmakers join Tipton’s son Billy Jr. to reckon with a complicated and contested legacy: how do you tell the story of someone who was hiding in plain sight yet desperate to be seen?