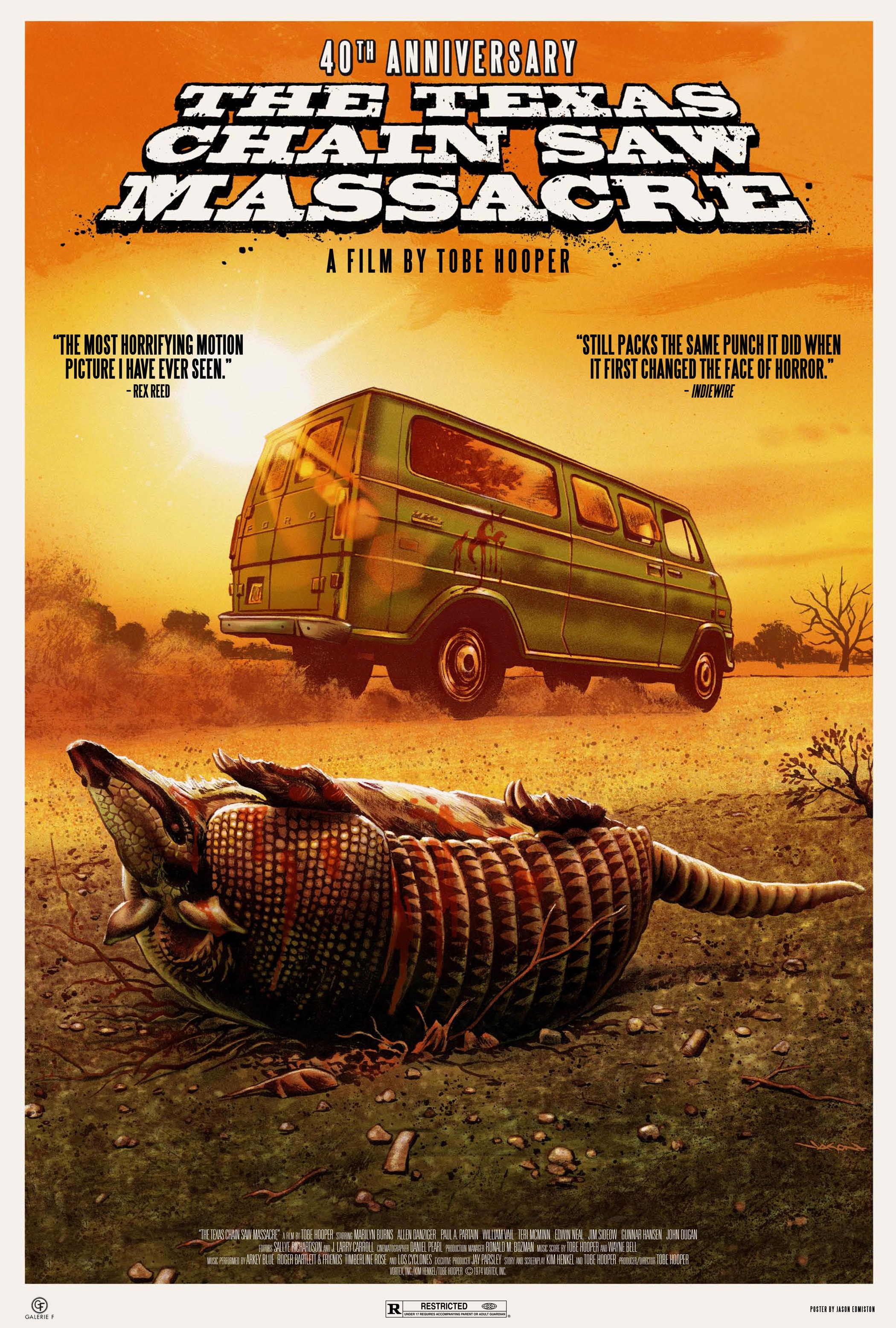 Join us at the Rio Theatre on Saturday, October 16 as we kick off one of the best times of year - that would be Halloween Movie Season - withone of our all-time favourite late-night, scary cinematic offerings: Tobe Hooper's iconic 1974 slasher masterpiece, THE TEXAS CHAINSAW MASSACRE (gore-geously remastered in 2014!).

Just as Alfred Hitchcock's PSYCHO was based on the life of deeply disturbed farmer Ed Gein, so is this little story of depravity and dementia. When a sister and her brother take a group of friends to visit the farmhouse of their deceased grandfather, they discover that just next door lives a whole family of repugnant psycho killers. Most noteworthy is "Leatherface" (Gunnar Hansen), the chainsaw-wielding fellow who has something of a penchant for human flesh. Though the film did not enjoy immediate success at the box office, it has since gathered a hefty cult following, and is considered by many to be groundbreaking work in the genre of horror.

More than just a mere slasher or exploitation film, THE TEXAS CHAINSAW MASSACRE works almost entirely because of the absolute commitment from its principle cast; there are very few instances of a character in a film (horror or otherwise) whose silent, wordless presence is capable of delivering the tremendous balance of sheer terror and pathos that Gunnar Hansen convey as Leatherface, whose performance as the chainsaw-wielding cannibal who terrorizes a young woman (another of the film's phenomenal performances from scream queen Marilyn Burns) and her friends is as tense and frightening today as it was in 1974.

"Thanks to a smart script and documentary-style camerawork, THE TEXAS CHAINSAW MASSACRE achieves start-to-finish suspense, making it a classic in low-budget exploitation cinema." (Rotten Tomatoes)

THE TEXAS CHAINSAW MASSACRE (Tobe Hooper, 1974 / 83 mins / 18A) When Sally (Marilyn Burns) hears that her grandfather's grave may have been vandalized, she and her paraplegic brother, Franklin (Paul A. Partain), set out with their friends to investigate. After a detour to their family's old farmhouse, they discover a group of crazed, murderous outcasts living next door. As the group is attacked one by one by the chainsaw-wielding Leatherface (Gunnar Hansen), who wears a mask of human skin, the survivors must do everything they can to escape.