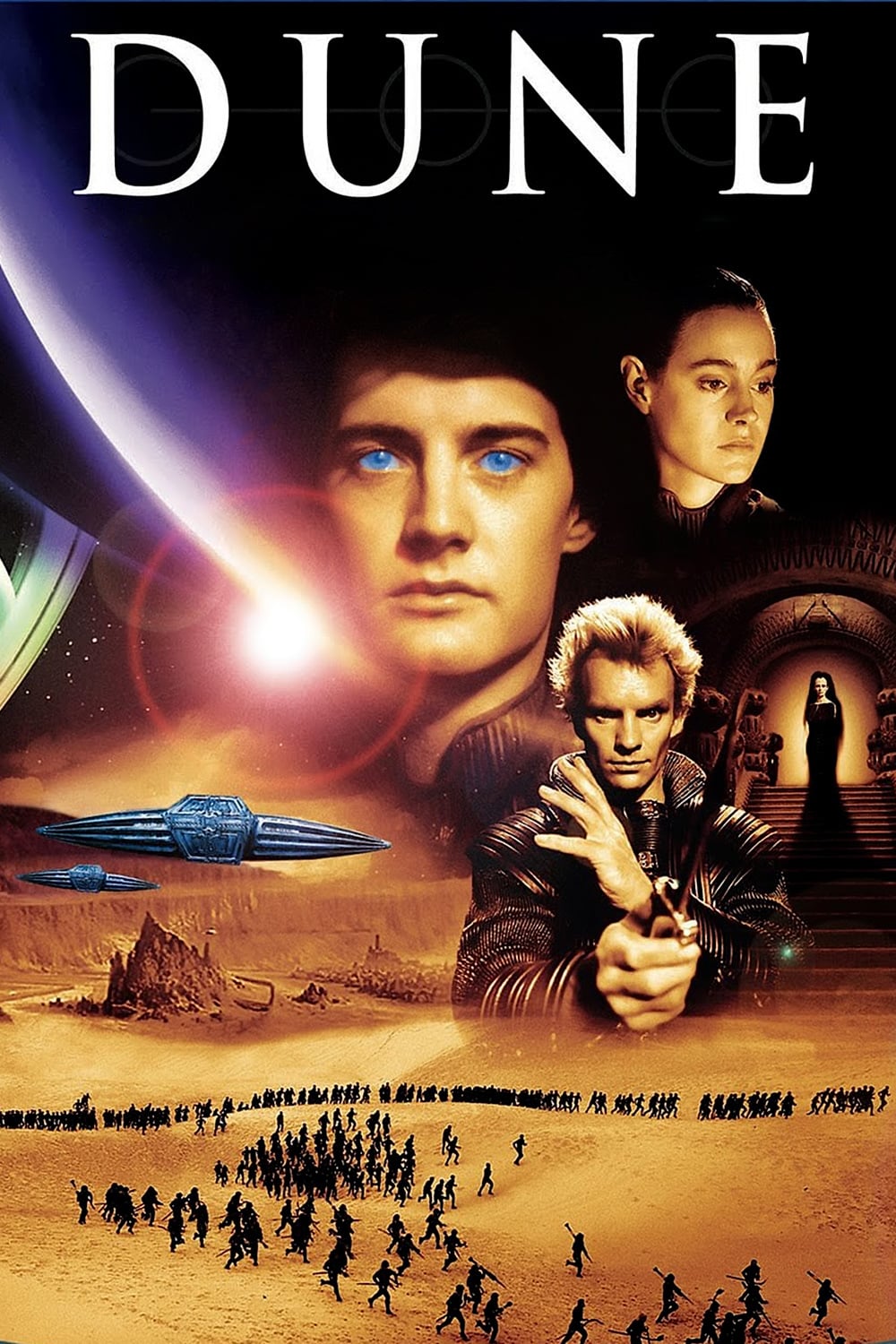 In advance of Denis Villeneuve's hotly anticipated DUNE dropping on October 22, we thought the time was right for our beloved community of film nerd completists (we see you!) to refresh their brains and eyeballs with a big screen re-watch of David Lynch's notoriously polarizing 1984 oddity. Based on Frank Herbert's epic novel, the story was famously deemed "unadaptable" for years before Lynch's infamous release in 1984. Mocked by some and revered by others, DUNE is an enigmatic, cinematic sci-fi curiosity that remains, still, something of an "arthouse blockbuster."

Set in the year 10191, a spice called "melange" is the most valuable substance known in the universe, and its only source is the desert planet Arrakis. A royal decree awards Arrakis to Duke Leto Atreides and ousts his bitter enemies, the Harkonnens. However, when the Harkonnens violently seize back their fiefdom, it is up to Paul (Kyle MacLachlan), Leto's son, to lead the Fremen, the natives of Arrakis, in a battle for control of the planet and its spice. With José Ferrer, Patrick Stewart, Sean Young, Sting, Virginia Madsen, Dean Stockwell, Francesca Annis.

"It's not for everyone, but if you don't mind the brain-bending confusion of the plot and occasional feeling of '80s high camp, this isn't as bad as its detractors would have it." (Empire Magazine)

"There's some pleasure to be had from its misguided spectacle...but only if you embrace the mystery rather than try to define it, which is true, really, of all of Lynch's work. Surrealism isn't meant to be sorcerered into making sense." (Brooklyn Magazine)

DUNE (David Lynch, 1984 / 137 mins / PG / 18A) | A Duke's son leads desert warriors against the galactic emperor and his father's evil nemesis when they assassinate his father and free their desert world from the emperor's rule.