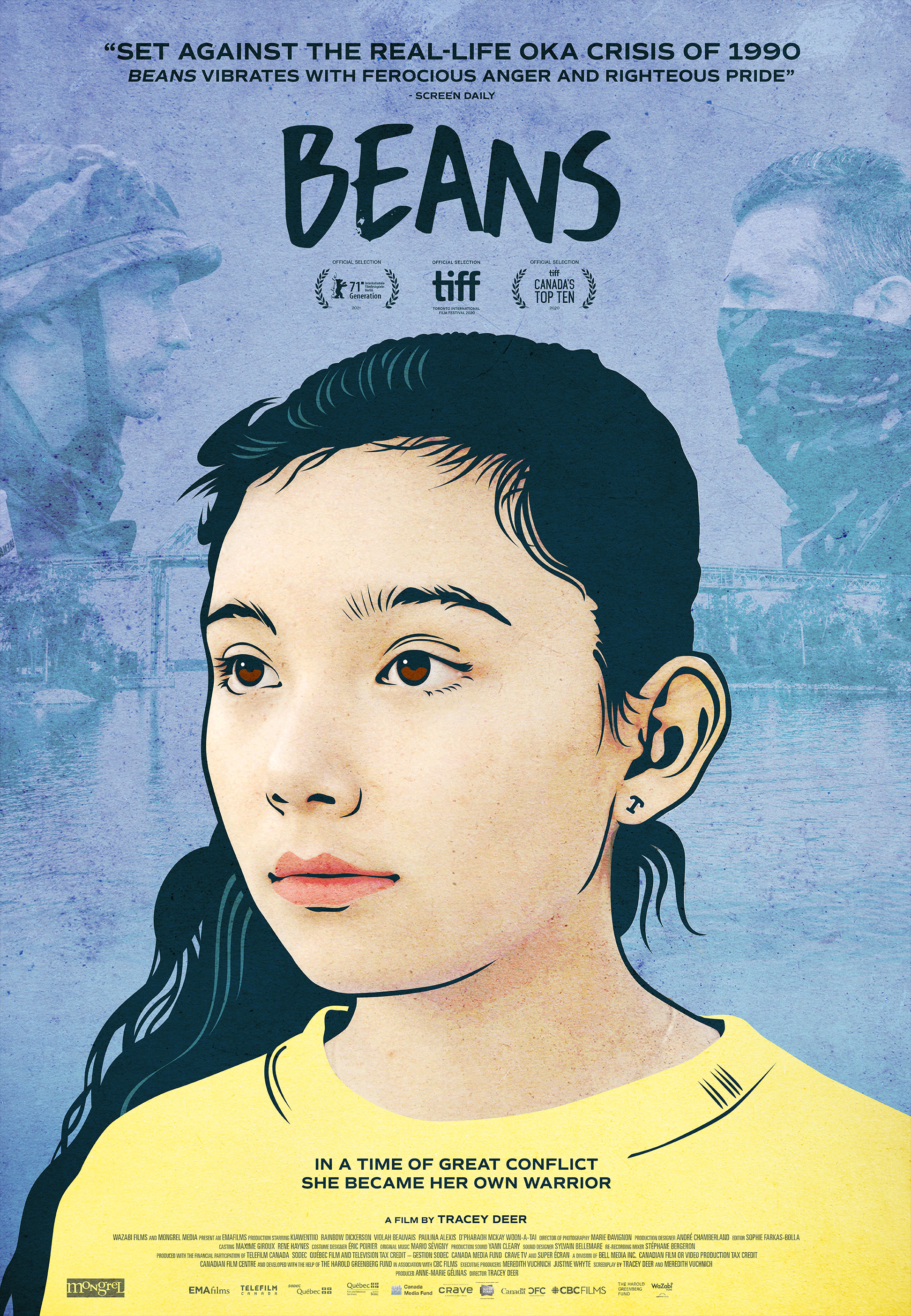 Inspired by true events, Tracey Deer's (TV's 'Mohawk Girls') BEANS is about a Mohawk girl on the cusp of adolescence who must grow up fast and become her own kind of warrior during the armed stand-off known as the 1990 Oka Crisis. With Kiawentiio, Violah Beauvais, Rainbow Dickerson.

"This is, at its heart, a coming-of-age story, and a reminder that the times and tides in which we stretch out toward adulthood will forever mark us, as individuals and as a people." (National Post) ]

"The search for identity is not a new concept in coming-of-age films but the First Nations context here, combined with Kiawentiio's breakout performance, make Beans important, vital cinema." (Richard Crouse)

"If rendering their stories artfully through a camera lens opens just one mind, then "Beans" is already an unmitigated triumph." (IndieWire)

This Orange Shirt Day screening will be hosted by artist and broadcaster Tamara Bell (Haida Nation). Filmmakers (TBD) joining for post-screening Q&A! Partial proceeds from this event will be directed to the Indian Residential School Survivors Society.

BEANS (Tracey Deer, 2021 / 92 mins / 14A) Twelve-year-old Beans is on the edge: torn between innocent childhood and reckless adolescence; forced to grow up fast and become the tough Mohawk warrior she needs to be during the Oka Crisis, the turbulent Indigenous uprising that tore Quebec and Canada apart for 78 tense days in the summer of 1990.