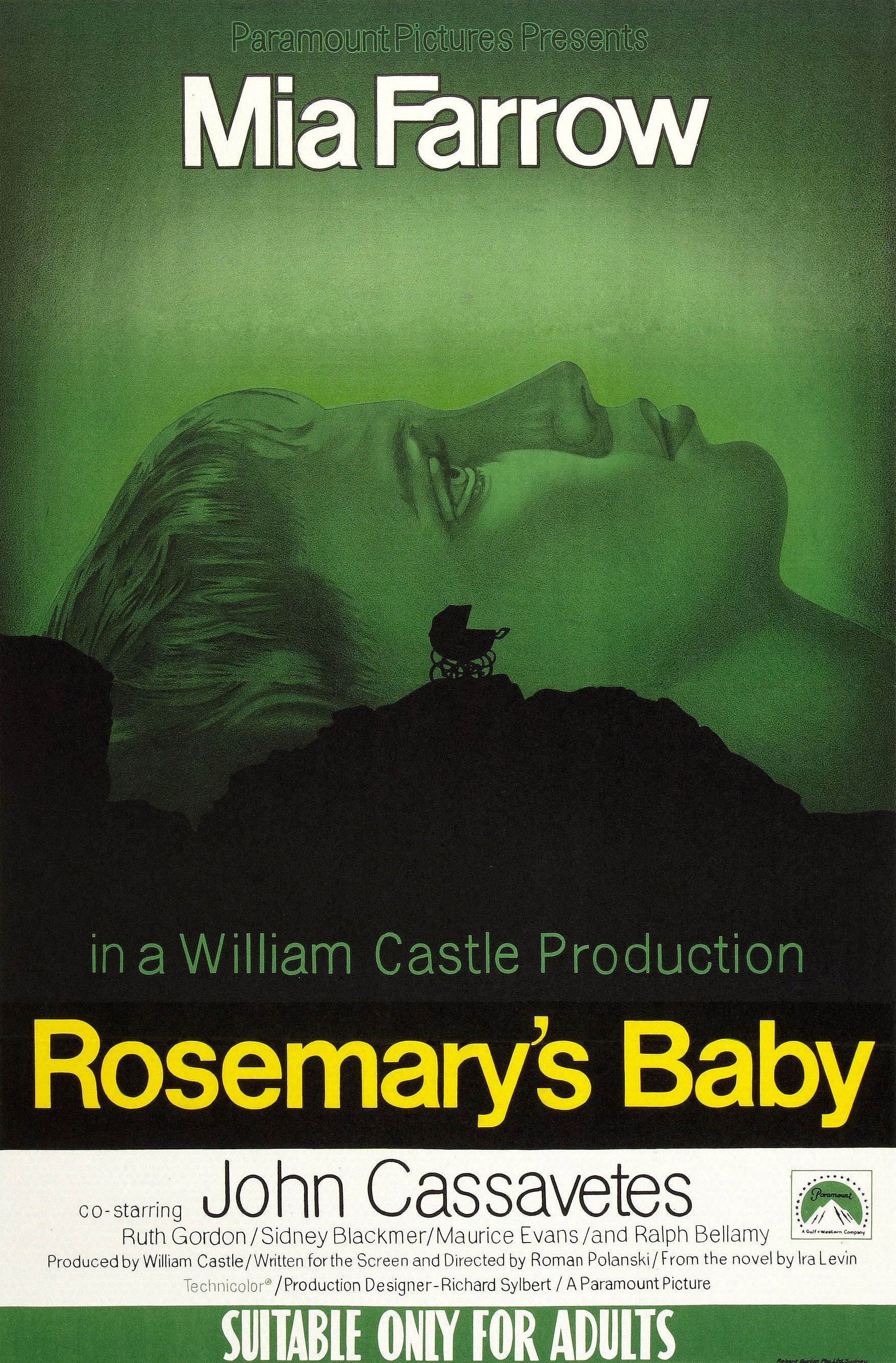 Adapted from Ira Levin's bestselling novel Rosemary's Baby, director Roman Polanski's 1968 adaptation elevated what could have been a B-movie into what remains an indisputable classic within the pantheon of American horror. In what is, ostensibly, a cautionary tale about pregnancy, Mia Farrow stars as the psychologically terrorized title character whose struggling actor husband (John Cassavetes) befriends the strange, unusually pushy neighbours (including the wonderful Ruth Gordon, in her Oscar-winning performance) in their ominous new uptown apartment building.

"A frightening tale of satanism and pregnancy that is even more disturbing than it sounds thanks to convincing and committed performances by Mia Farrow and Ruth Gordon." (Rotten Tomatoes)

"Weird obstetricians, mysterious night noises and even Farrow's improvised stroll into actual oncoming traffic add up to a bustling nightmare that's spawned many a Black Swan since."
(Time Out)

"Right to its bitter end, there is no escaping "Rosemary's Baby." On film Ira Levin's best selling novel is as horribly frightening as it was on paper." (New York Daily News)