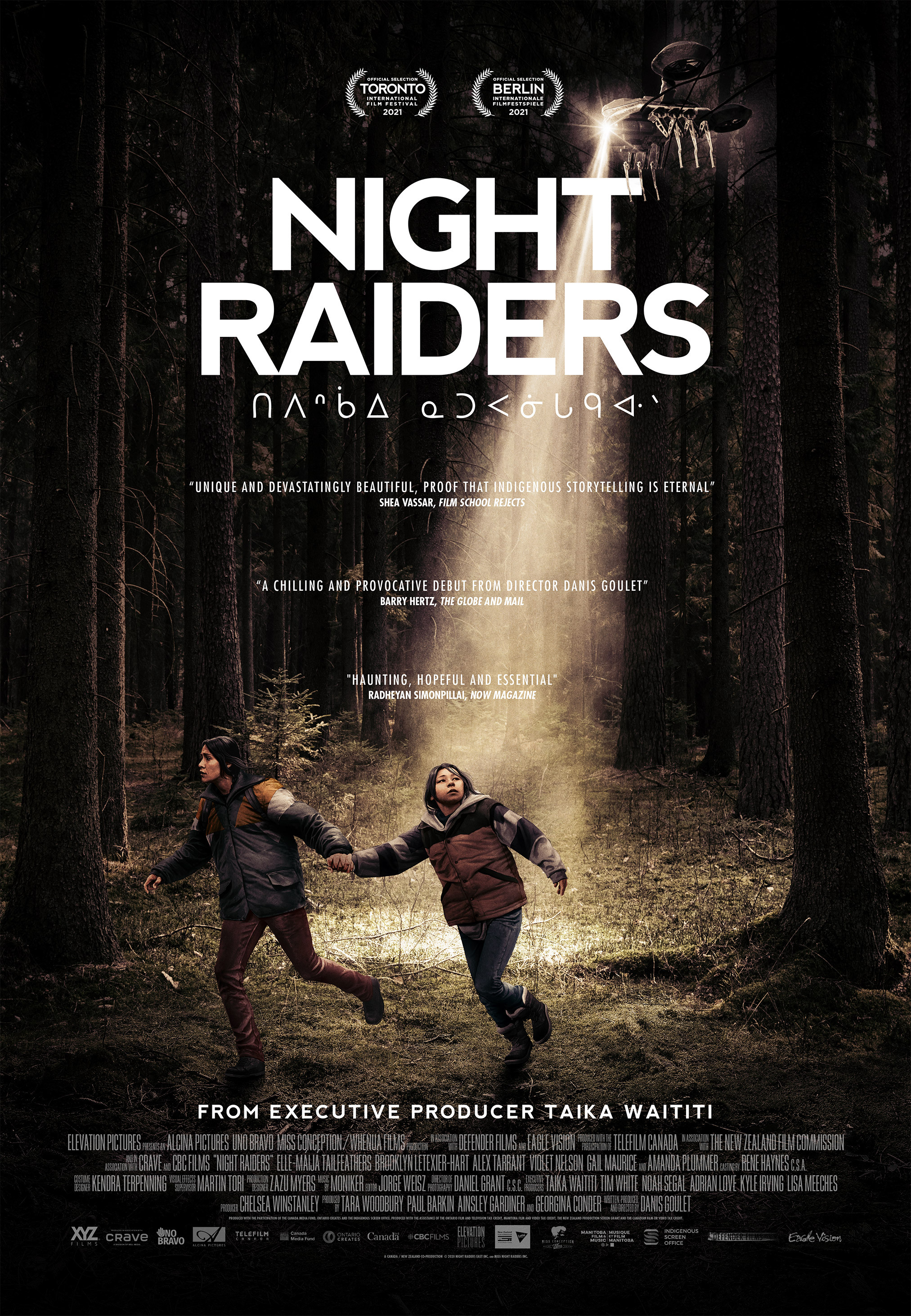 The year is 2043. A military occupation controls disenfranchised cities in post-war North America. Children are property of the State. A desperate Cree woman joins an underground band of vigilantes to infiltrate a State children’s academy and get her daughter back. NIGHT RAIDERS is a female-driven dystopian drama about resilience, courage, and love.

A Canada / New Zealand co-production, NIGHT RAIDERS was selected for the International Financing Forum at TIFF 2018, and the Sundance Institute’s Talent Forum in 2019.

“‘Night Raiders’ should become the most talked-about Canadian film of the year. And for good reason.” (Globe and Mail)

“A dystopian thriller that feels utterly of the moment.” (NOW Toronto)

“With the legacy of residential schools still being uncovered with every new discovery of unmarked graves, how pertinent this movie is: Prologue is past.” (Winnipeg Free Press)

NIGHT RAIDERS (Danis Goulet, 2021 / 97 mins / 14A) In a post-war future, a mother joins an underground band of vigilantes to try and rescue her daughter from a state-run institution.