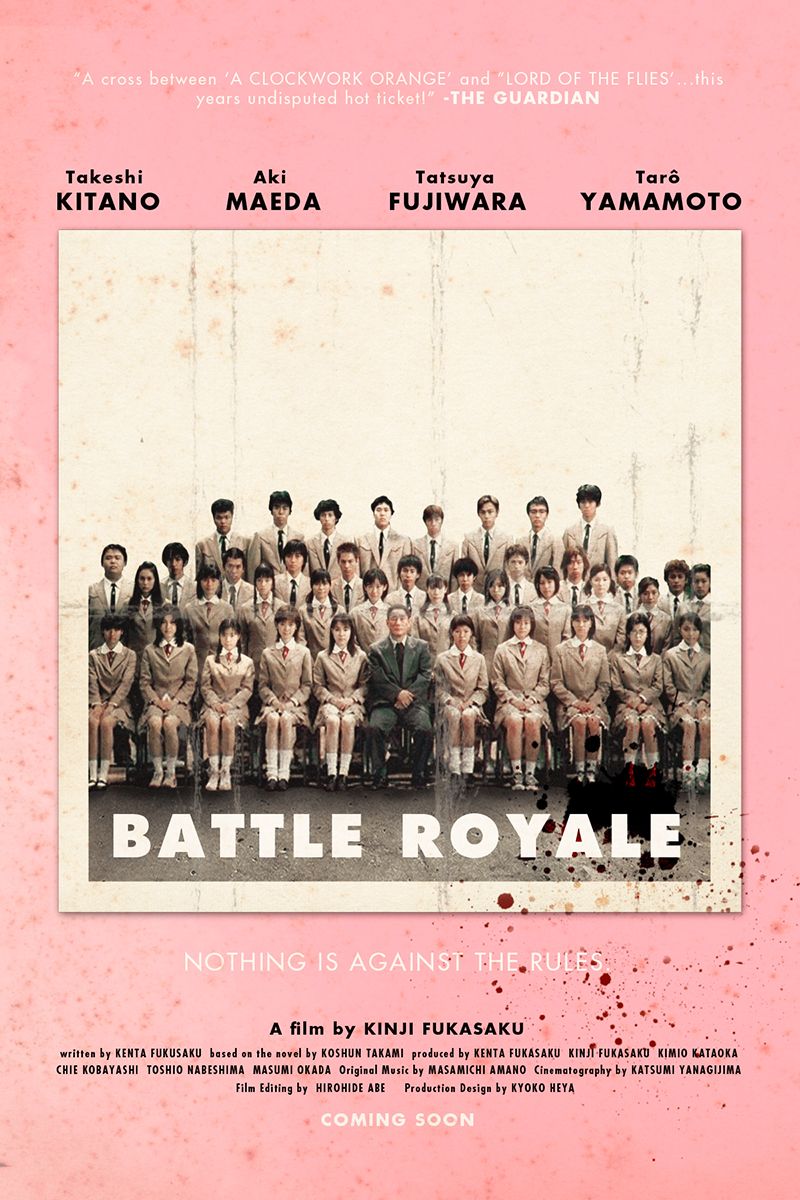 The highly stylized and ??ber-violent BATTLE ROYALE was a fitting swan song for director Kinji Fukasaku, whose mastery of the exploitation genre is on full display in this hugely influential cult-classic. Adapted from novel 'Battle Royale' by Japanese writer Koushun Takami, Fukasaku's BATTLE ROYALE is a work that lies at the cinematic crossroads somewhere between 'Lord of the Flies' and A CLOCKWORK ORANGE - and is one of the Rio Theatre's most frequently requested titles.

While thematically very similar to both Suzanne Collins' 'The Hunger Games' series and the movie franchise that followed, Fukasaku's effort - which pre-dates THE HUNGER GAMES by over a decade - is far more vicious and illustrative in its savage use of seemingly endless, satiric brutality. Set sometime in the future, the film follows the brutal story of a class of ninth-grade students captured by the Japanese government, who forces them to kill each other under the revolutionary "Battle Royale" act.

"Some will be uncomfortable or appalled, and the mix of humour and horror is uneasy, but this isn't a film you'll forget easily. And, seriously, what would you do?" (Empire Magazine)

"Stylistically it's a beauty, with khaki-uniformed waifs fighting for their lives to a crashing classical score." (The New York Post)

"Departing from two decades' worth of domestic and personal dramas and returning to his roots as Japan's maestro of mayhem, Kinji Fukasaku has delivered a brutal punch to the collective solar plexus with one of his most outrageous and timely films." (Variety)

BATTLE ROYALE (Kinji Fukasaku, 2000 / 114 mins / 18A / In Japanese with English subtitles) 42 9th graders are sent to a deserted island. They are given a map, food, and various weapons. An explosive collar is fitted around their neck. If they break a rule, the collar explodes. Their mission: kill each other and be the last one standing. The last survivor is allowed to leave the island. If there is more than one survivor, the collars explode and kill them all.