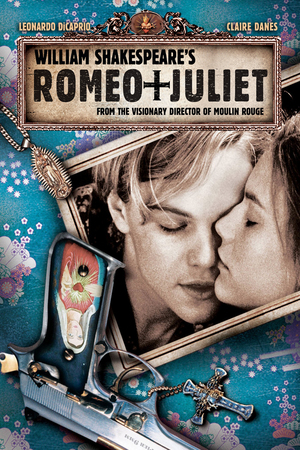 It's the Valentine's Day-esque Leonardo DiCaprio double bill you've waited your while life for! Bring a date, your besties, or fly solo - but don't forget to bring the Kleenex for James Cameron's TITANIC (1997) followed by Baz Luhrmann's ROMEO + JULIET (1996).

TITANIC (James Cameron, 1997) | James Cameron won all the Oscars for this global phenomenon about a ship that went down, while stars Leonardo DiCaprio and Kate Winslet were launched into the Movie Legend Stratosphere forever. Billy Zane, Kathy Bates, Frances Fisher, Gloria Stuart, Bill Paxton, and Victor Garber also star in one of the biggest big-screen movies of all time, ever. "A seventeen-year-old aristocrat, expecting to be married to a rich claimant by her mother, falls in love with a kind but poor artist aboard the luxurious, ill-fated R.M.S. Titanic."