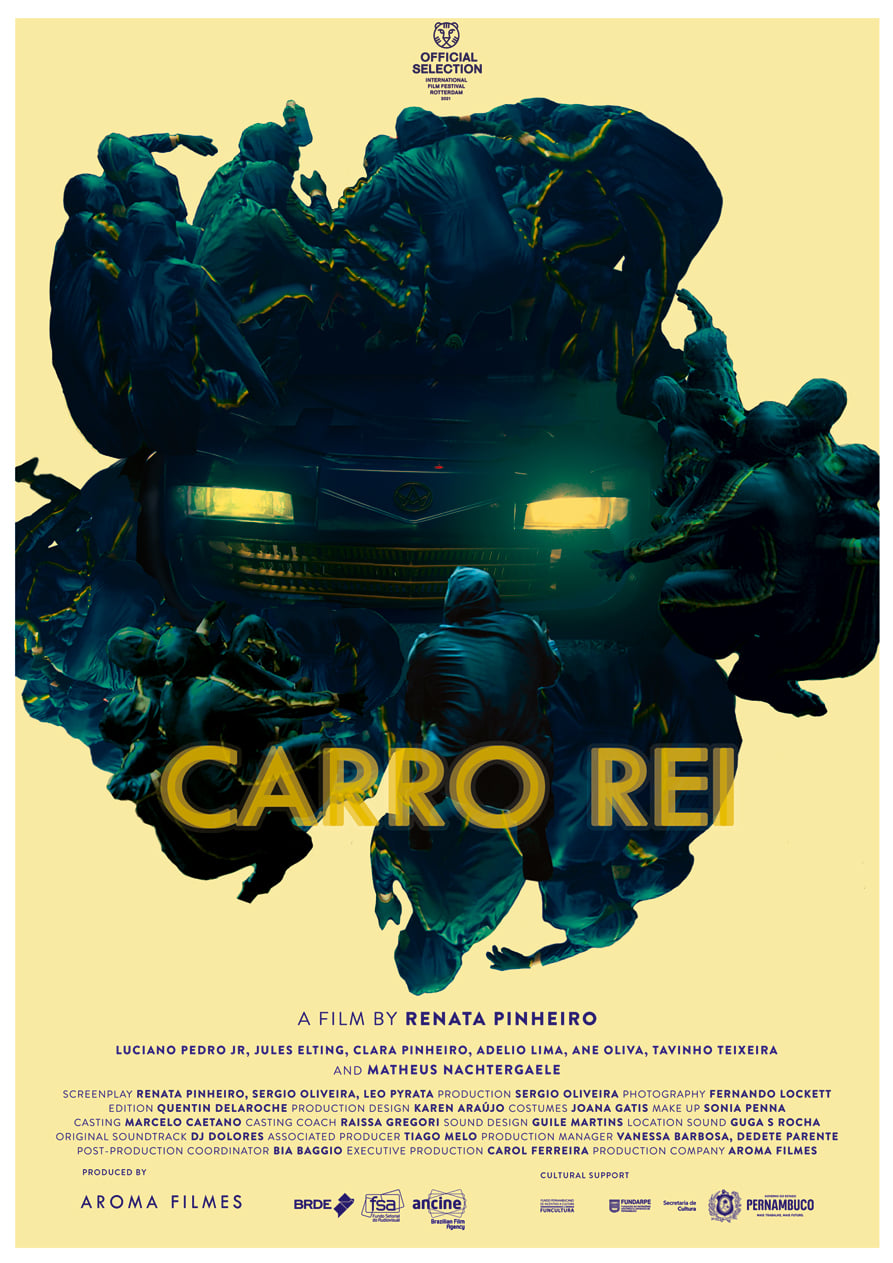 The Rio Theatre's annual Rio Grind Film Festival continues on Friday, November 26 with Brazilian filmmaker Renata Pinheiro’s sci-fi thriller KING CAR, which has been a hit at festivals around the world including at the International Film Festival Rotterdam, Montreal's Fantasia Film Festival, and Fantastic Fest in Austin, Texas.

This unique and genre-bending vision follows a young man, whose ability to surreally speak with cars sparks a revolution that could save his community. When his invention inadvertently accelerates the underlying problems, our hero’s quest puts him in a fight for survival with capitalism's zombies. With Matheus Nachtergaele, Luciano Pedro Jr, Jules Elting, Clara Pinheiro, Adélio Lima, and Ane Oliva.

"Renata Pinheiro has masterfully woven together a cautionary tale of capitalism and corruption, seeped in genre elements - resulting in an unforgettable film that is both thought-provoking and wildly entertaining.” (Dark Star)

"King Car is chock full of beautiful and crazy sequences; all brought to life by a fantastic cast." (Film Threat)

KING CAR (Renata Pinheiro, 2021 / 97 mins / Portuguese with English subtitles) Uno has a fantastic gift: he can talk and listen to cars since he was a child. After a new law prohibiting the use of aged cars puts his father's taxi company in danger, he takes a decision to recover an old family car into a “new one”, and its name is King Car – a car that speaks, listen, and even fall in love. A car that has plans for everyone.