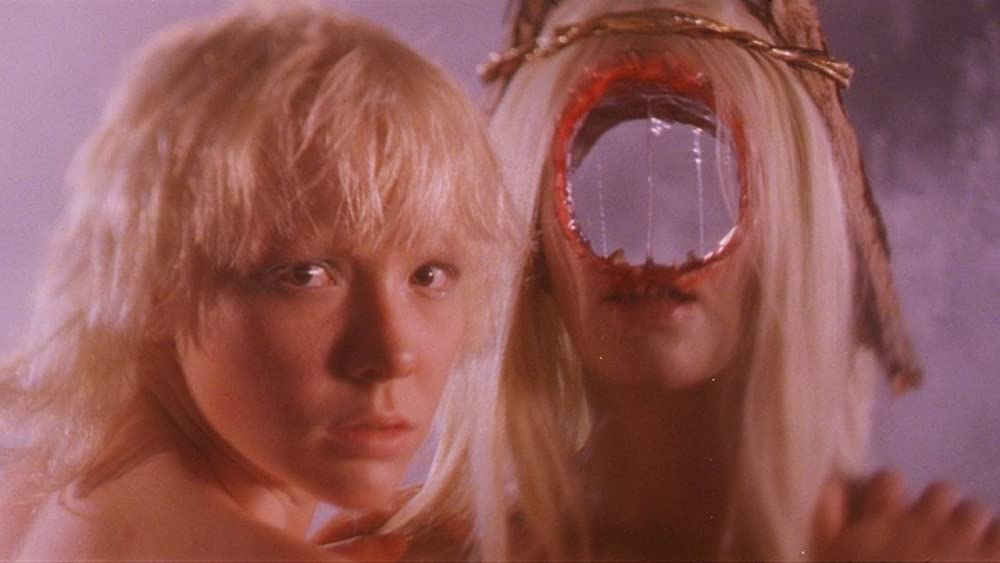 Set in a faraway future, on a wild and untamed planet, a lonely teenager, Roxy, releases an assassin from the sands she was buried in. As soon as she’s free, the criminal sparks death all around. Roxy and her mother Zora are held accountable, banished from their community and forced to track the murderer down. They start a long journey pacing the supranatural territories of their filthy paradise.

"Dripping with dirty eroticism, much like the goo that oozes out of many unknown holes, "After Blue" is as tactile as film can get." (IndieWire)

"A bedazzled, audacious dreamscape riddled with sex and violence and the ever-present spirit of high fashion." (Film International)

AFTER BLUE "Dirty Paradise" (Bernard Mandico, 2022 / 130 mins / French, English, & Polish with English Subtitles) In a distant future, on a savage planet, the lonely teenager Roxy frees a criminal buried in the sand. Once freed, the woman starts spreading fear and death again. Roxy and her mother Zora are deemed responsible, exiled from their community and sentenced to track down the killer. Thus, they begin roaming the fantastical and spectral territories of their dirty paradise.