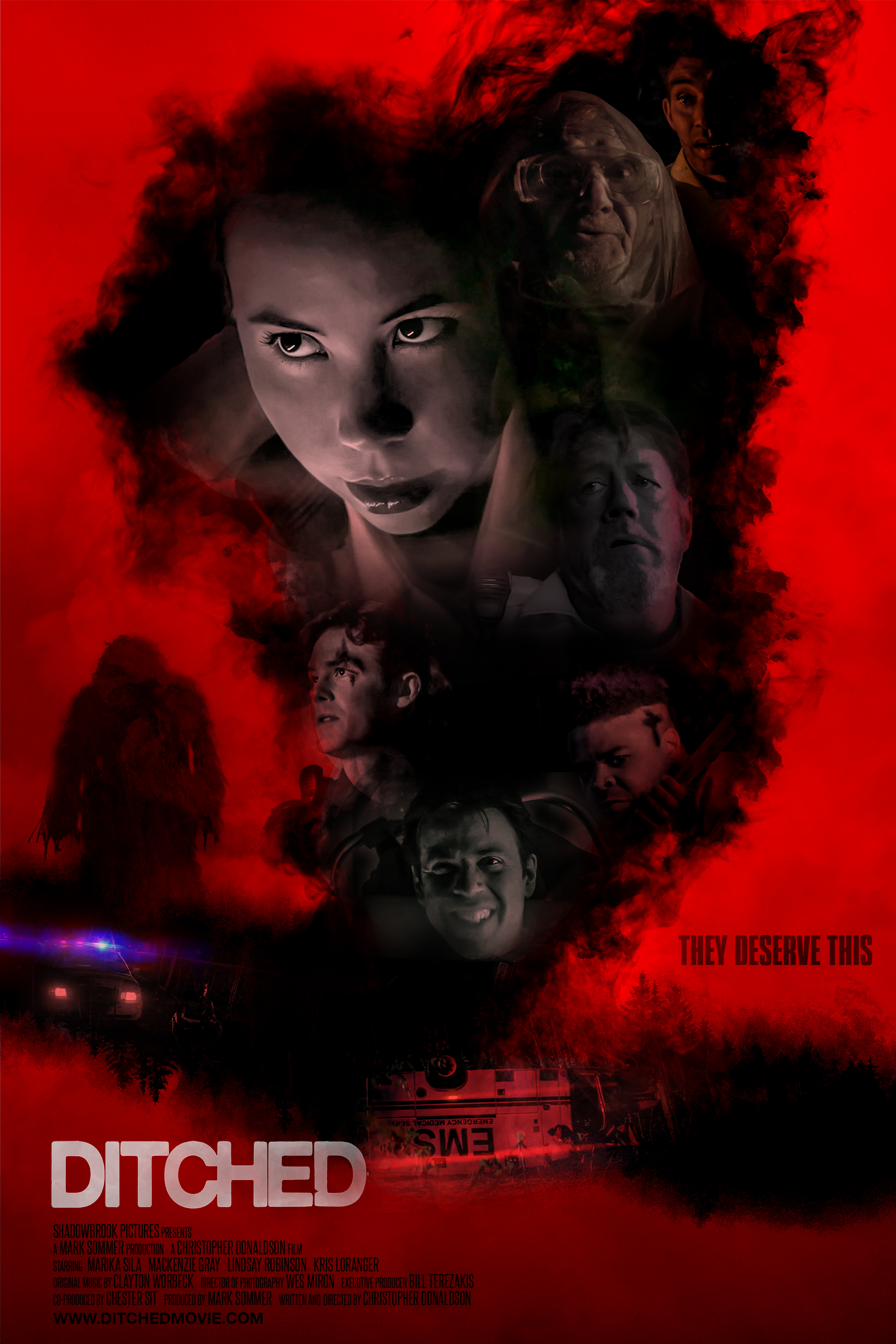 The Rio Theatre's Rio Grind Film Festival continues on Saturday, November 27 with writer-director Christopher Donaldson's survivor-horror film DITCHED. Shot in Alberta, this love letter to gory, B-movie horror has been making its way across the Canadian festival circuit, with screenings at the Edmonton International Film Festival and Toronto After Dark.

Filmmakers in attendance for Q&A!

A young paramedic wakes up in an upside-down ambulance with no memory of how a routine prison transfer could have crashed and ended up in a ditch. The group of paramedics and cops soon come to realize that the prisoners are the least of their worries. They are victims of an ambush and mysterious forces closing in around them have exciting revenge plans for each of the guilty - and that includes more than the prisoners. Starring Marika Sila (TV's 'The Twilight Zone') and Mackenzie Gray (MAN OF STEEL, TV's 'Legion,' 'Smallville').