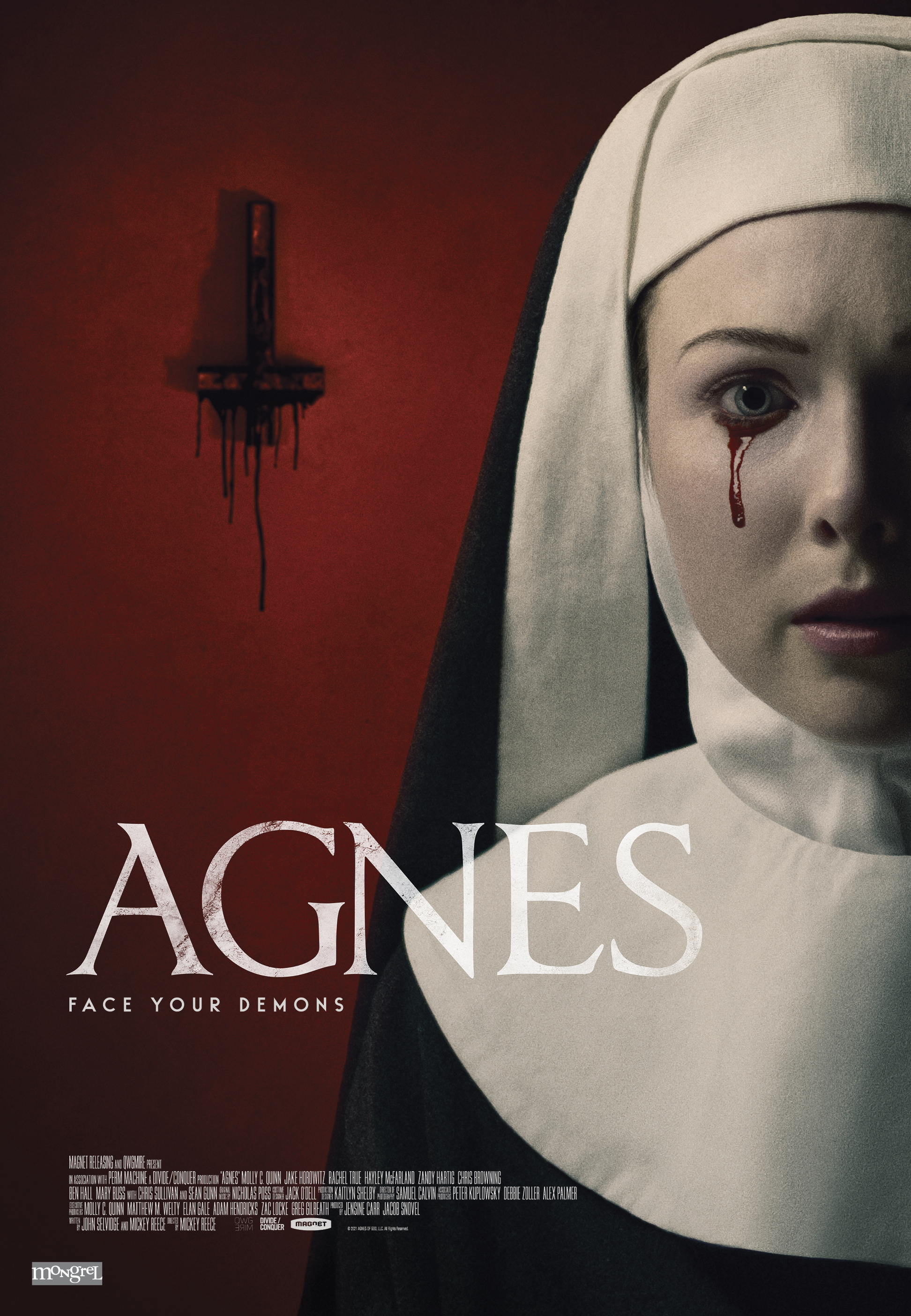 If you're not familiar with the work of this emerging, "outsider" filmmaker, Reece has been compared to Steven Soderbergh, and his astonishingly long IMDB entry boasts over 20 undistributed films including 2019's CLIMATE OF THE HUNTER and the upcoming George Jones "cryo-pic" COUNTRY GOLD.

In horror-thriller AGNES, a nun's disturbing behavior sparks rumors of demonic possession at a remote convent. When a priest-in-waiting and his disillusioned mentor are sent to investigate, their methods backfire, leaving a wake of terror and trauma. With MOLLY C. QUINN, Sean Gunn (TV's 'Gilmore Girls', GUARDIANS OF THE GALAXY), Chris Sullivan, Hayley McFarland.

AGNES (Mickey Reece, 2021 / 89 mins) Rumors of demonic possession at a religious convent prompts a church investigation into the strange goings-on among its nuns. A disaffected priest and his neophyte are confronted with temptation, bloodshed and a crisis of faith.