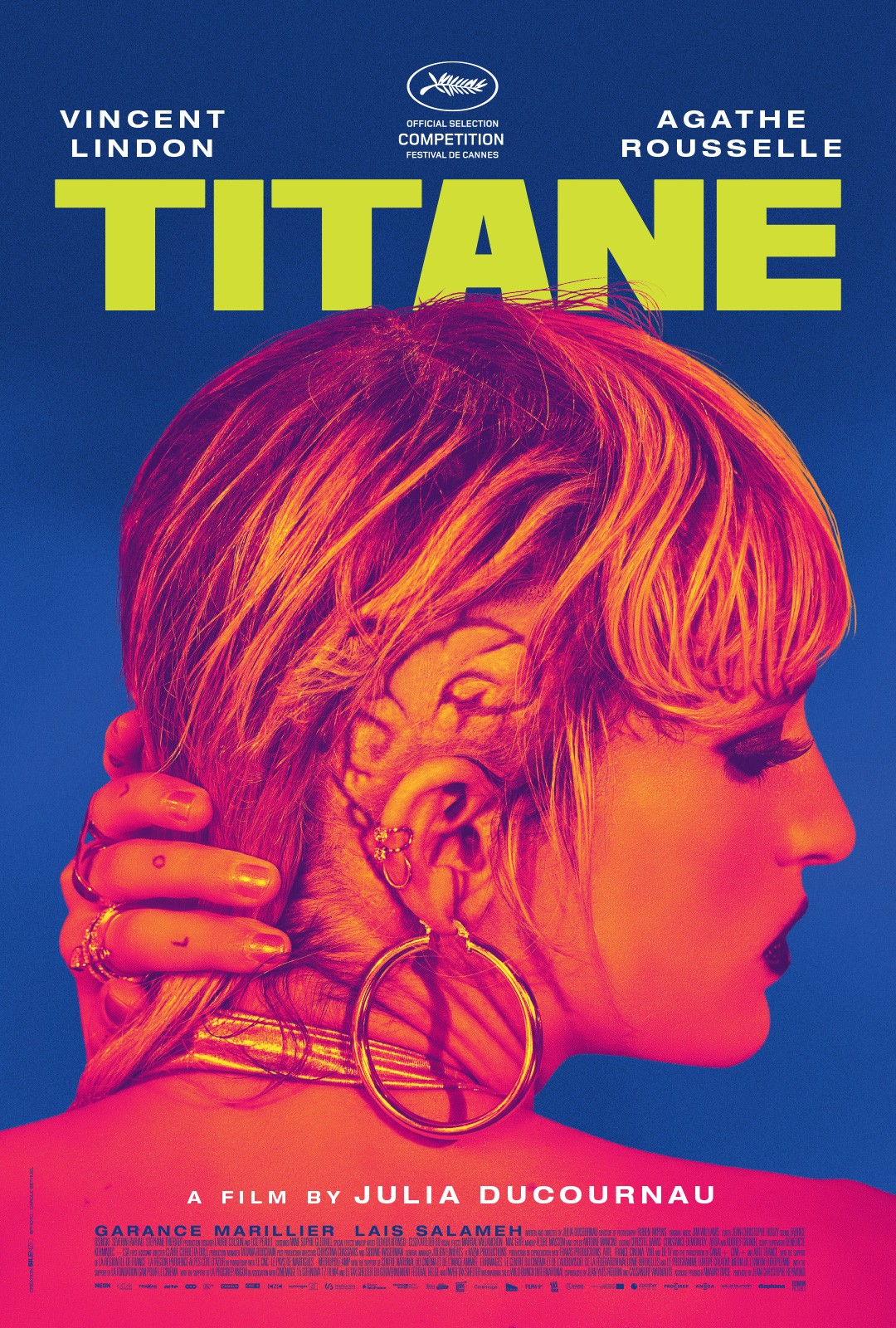 Titane: A metal highly resistant to heat and corrosion, with high tensile strength alloys, often used inmedical prostheses due to its pronounced biocompatibility.

Rising French filmmaker Julia Decournau (Raw) became only the second female director to take home the prestigious Palme d'Or, the Cannes Film Festival's top award, for her visionary, provocative and dark body horror fantasy TITANE. The film stars Agathe Rousselle in her feature film debut as Alexia, a woman who, after being injured in a car accident as a child, has a titanium plate fitted into her head. With Vincent Lindon, Garince Millier, and Laïs Salamthe.

"'Titane' is a truly harrowing experience, if you're willing to let go behind the wheel." (Austin Chronicle)

"For whatever we're supposed to feel is outrageous about it, it's slickly entertaining for straightforward reasons: the pile-up of mysteries that some of us simply can't not see through to the end." (Rolling Stone Magazine)

"Despite its physical horrors, the movie is also a celebration of the body, of the bond between pleasure and pain, agony and ecstasy-and that fusion proves to hold for family bonds as well." (New Yorker)

"This year's Palme d'Or winner is a symphony of disturbing and dark madness unlike anything you've ever seen - and I mean that in a good way." (Chicago Sun-Times)

TITANE (Julia Doucournau, 2021 / 18 A / Please Note: Graphic violence / 108 mins / English subtitles) A woman with a metal plate in her head from a childhood car accident embarks on a bizarre journey, bringing her into contact with a firefighter who's reunited with his missing son after 10 years.