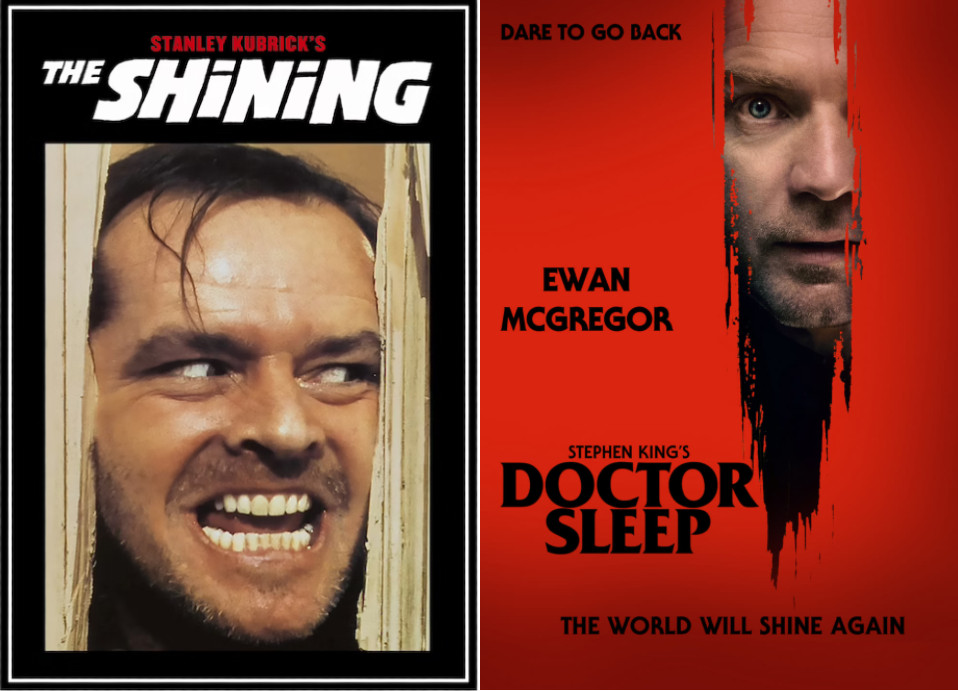 "All work and no play makes Jack a dull boy."

Join us at the Rio Theatre on Friday, December 17 for a unique night of Stephen King-inspired horror: A back-to-back double-feature including Stanley Kubrick's iconic 1980 horror masterpiece THE SHiNiNG, followed by Mike Flanagan's 2019 follow-up, DOCTOR SLEEP.

Even better? Writer-director Mike Flanagan - who also adapted Stephen King's Gerald's Game in 2017, and is behind the can't-miss series MIDNIGHT MASS, which is currently streaming on Netflix - will be joining us live and in-person, to intro the films, offer first-hand insight into adapting King's literary sequel for the big screen, and answer all of your questions about the monumental task of following up Kubrick's indelible cinematic work. Come play with us!

THE SHINING (Stanley Kubrick, 1980 / 144 mins / 18A) Jack Torrance becomes winter caretaker at the isolated Overlook Hotel in Colorado, hoping to cure his writer's block. He settles in along with his wife, Wendy, and his son, Danny (Danny Lloyd), who is plagued by psychic premonitions. As Jack's writing goes nowhere and Danny's visions become more disturbing, Jack discovers the hotel's dark secrets and begins to unravel into a homicidal maniac hell-bent on terrorizing his family.

DOCTOR SLEEP (Mike Flanagan, 2019 / 14A / 152 mins) Struggling with alcoholism, Dan Torrance remains traumatized by the sinister events that occurred at the Overlook Hotel when he was a child. His hope for a peaceful existence soon becomes shattered when he meets Abra, a teen who shares his extrasensory gift of the "shine." Together, they form an unlikely alliance to battle the True Knot, a cult whose members try to feed off the shine of innocents to become immortal.