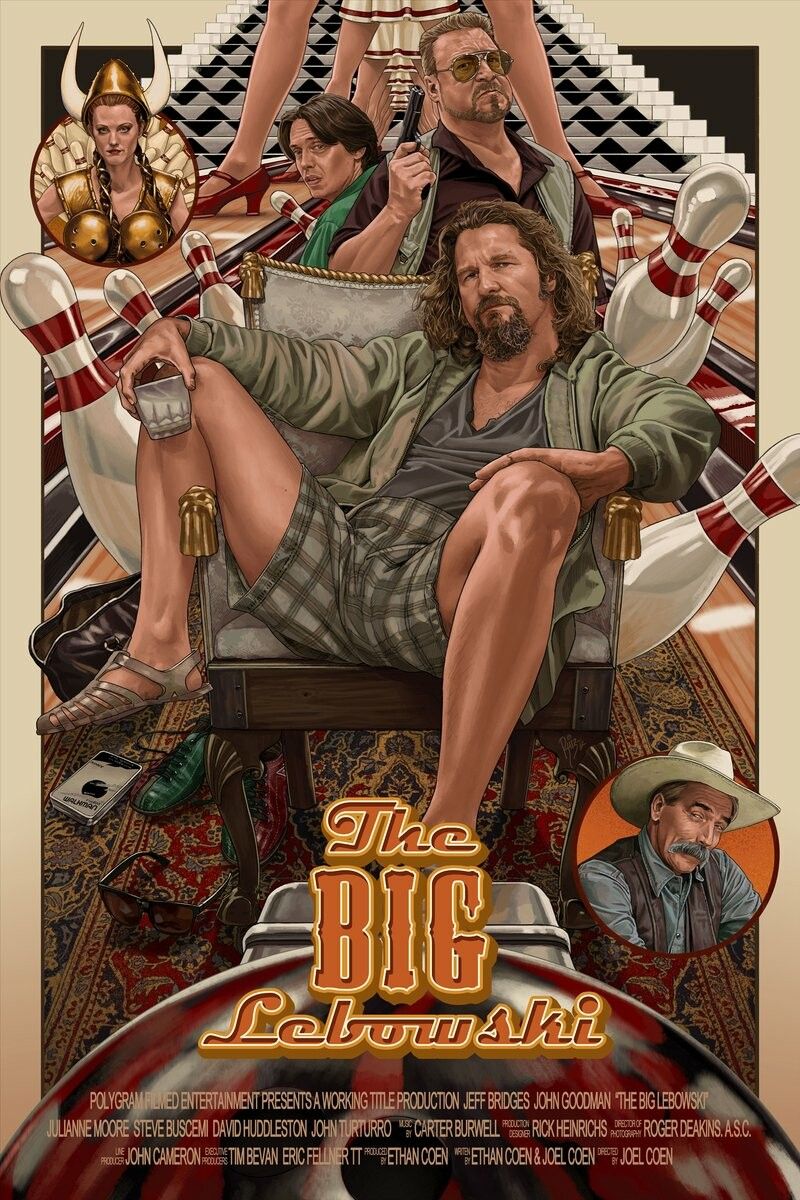 The Rio Theatre has the cure for what ails you on Saturday, January 1. We are kicking off a fresh and shiny, brand-spankin' new 2022 with our annual Holiday Hangover Marathon Movie Day, a tradition that (this year) will feature MONTY PYTHON AND THE HOLY GRAIL, WALK HARD: THE DEWEY COX STORY, THE BIG LEBOWSKI (every year, baby!), and PULP FICTION.

You can see one, or roll with us all darn day for one sweeeet price. (Yes, you read that right, Ringo.)

“I’m the Dude, so that’s what you call me. That or, uh His Dudeness, or uh Duder, or El Duderino, if you’re not into the whole brevity thing.”

THE BIG LEBOWSKI is a film that is best enjoyed chillin' with friends (maybe in your pajamas, an old bathrobe, or a comfy Cowichan sweater - your call, no judgement) and maybe an adult beverage (perhaps a delicious White Russian or two - you deserve it!).

Since its release in 1998, the Coen's THE BIG LEBOWSKI has really grown into its status as a true cult classic. A quirky, quasi-neo-noir story, truly glorious visual sequences, some hilarious dialogue and standout performances from an A-list cast really tie the whole thing together, man. Jeff Bridges abides as unemployed stoner Jeff Lebowski (aka, "The Dude"), a laid-back, easygoing burnout who just happens to have the same name as a millionaire whose wife Bunny owes a lot of dangerous people (nihilists?) a whole bunch of money. When some bad guys break into The Dude's house and pee on his rug, he seeks out the other Lebowski, which sends him spiraling into a weird trip through Los Angeles' even weirder underworld. Also starring John Goodman, Julianne Moore, Steve Buscemi, Philip Seymour Hoffman, David Huddleston, John Turturro, Tara Reid, and Flea.

"A typical Coen brothers film is like no film you've ever seen." (The Globe & Mail)

THE BIG LEBOWSKI (Joel and Ethan Coen, 1998 / 117 minutes / 14A) | Jeff `The Dude' Leboswki is mistaken for Jeffrey Lebowski, who is The Big Lebowski. Which explains why he's roughed up and has his precious rug peed on. In search of recompense, The Dude tracks down his namesake, who offers him a job. His wife has been kidnapped and he needs a reliable bagman. Aided and hindered by his pals Walter Sobchak, a Vietnam vet, and Donny, master of stupidity.