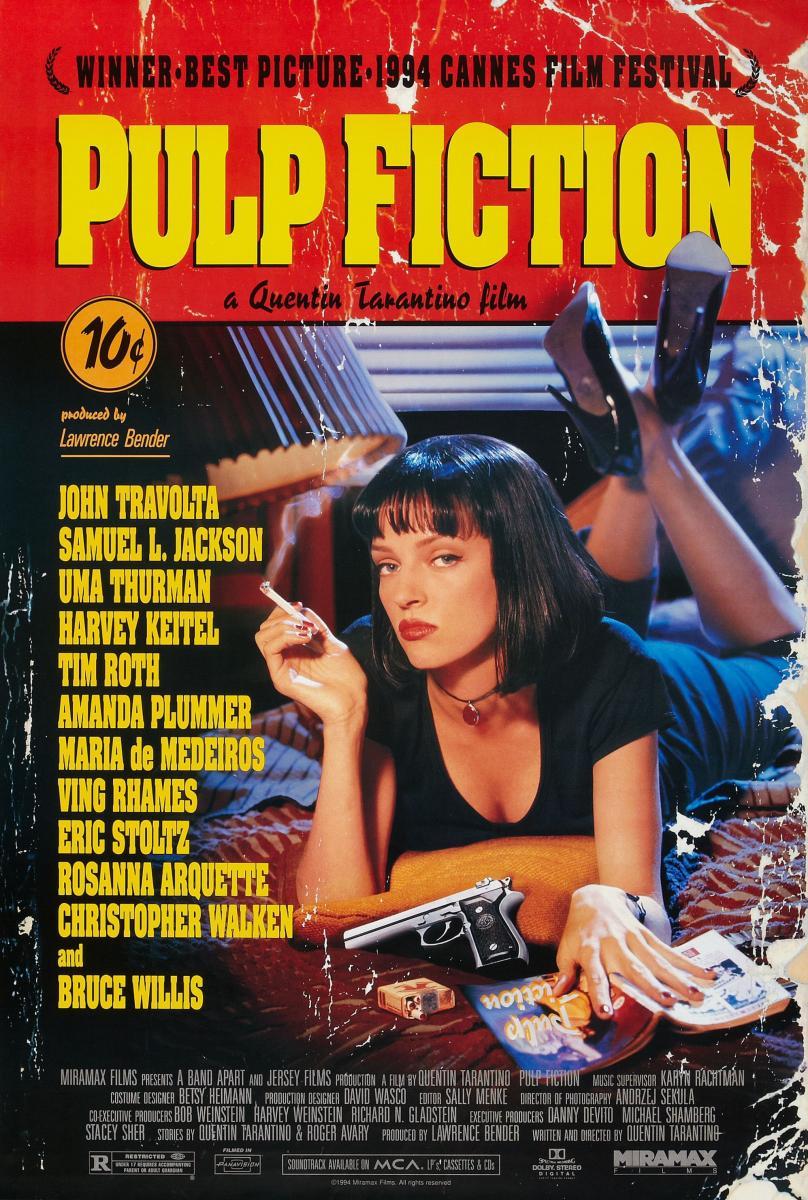 Quentin Tarantino's endlessly stylish, non-linear and infinitely quotable PULP FICTION is a modern masterpiece, featuring a killer soundtrack and an all-star cast whose characters have become practically ingrained into contemporary culture. I mean, who doesn’t love a Big Kahuna Burger or a $5 milkshake? The film is one of, if not the, definitive movie of the 1990's. Starring John Travolta, Uma Thurman, Samuel L. Jackson, Christopher Walken, Bruce Willis, Tim Roth, Amanda Plummer, Ving Rhames, Maria de Medeiros, Eric Stoltz, and Harvey Keitel. Oh, and Kathy Griffin. (As herself.)

"One of the most influential films of the 1990s, Pulp Fiction is a delirious post-modern mix of neo-noir thrills, pitch-black humor, and pop-culture touchstones." (Rotten Tomatoes)

"The talk is dirty and funny, the violence always waiting just around the corner." (The New Yorker)

PULP FICTION (Quentin Tarantino, 1994 / 154 mins) | Prizefighter Butch Coolidge has decided to stop payment on a deal he's made with the devil; Honey Bunny and Pumpkin are young lovers and small time thieves who decide they need a change of venue; two career criminals, Vincent Vega and Jules, go about their daily business of shooting up other crooks that are late on payments to their boss while one is asked to baby sit their boss' dangerously pretty young wife, the other suddenly realizes that he must give up his life of crime.