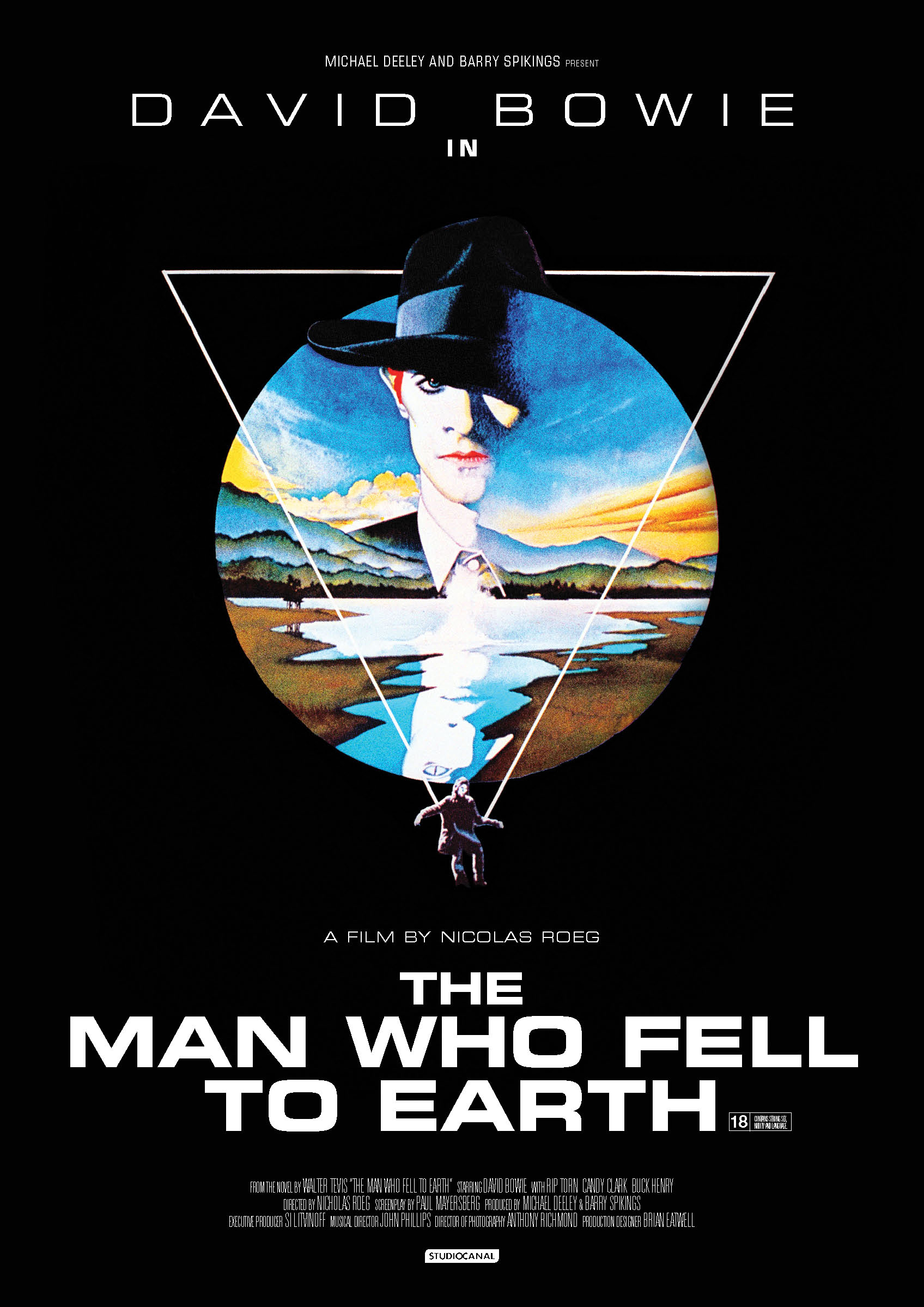 The Man Who Fell To Earth

"Well I'm not a scientist... But I know all things begin and end in eternity."

Join us on Sunday, January 9 as we toast, honour, celebrate and remember David Bowie, a man whose genius encompassed the worlds of music, fashion, the visual arts, and cinema. (His birthday was January 8... Cult-classic LABYRINTH is making an appearance as both a Friday Late Night Movie on January 7 and as a #MusicMonday encore on January 10.

In 1976, Bowie made his feature film debut with his iconic performance in Nicolas Roeg's THE MAN WHO FELL TO EARTH. The film is classic 70s sci-fi - but with a rock star twist. Originally cut by 20 minutes in its 1976 US release, this recently remastered anniversary presentation is the complete version, and serves as a stunning reminder of Roeg's own status and influence within the sci-fi genre.

Adapted from Walter Tevis' 1963 novel of the same name, a perfectly cast young David Bowie stars as Thomas Jerome Newton, a humanoid alien who comes to Earth to get water for his dying planet. He starts a high technology company to get the billions of dollars he needs to build a return spacecraft, and meets Mary-Lou (Candy Clark), a girl who falls in love with him. However, Thomas does not count on the greed and ruthlessness of business here… on Earth. Also starring Rip Torn, Buck Henry, and Bernie Casey.

"Filled with stunning imagery, THE MAN WHO FELL TO EARTH is a calm, meditative film that profoundly explores our culture's values and desires." (Rotten Tomatoes)

"There are moments here that approach the sublime." (Time Out)

"Conveying a (sur) real sense of what sex, religion and TV would look like through alien eyes, it's ambitious, artful and unique." (Total Film)

THE MAN WHO FELL TO EARTH (Nicolas Roeg, 1976 / 139 mins /18A) | A space alien crash lands on Earth, seeking help for his drought-stricken planet. By securing patents to advanced technology, he becomes a fabulously wealthy industrialist. However, money and its attendant decadence ultimately exert a stronger gravitational pull.