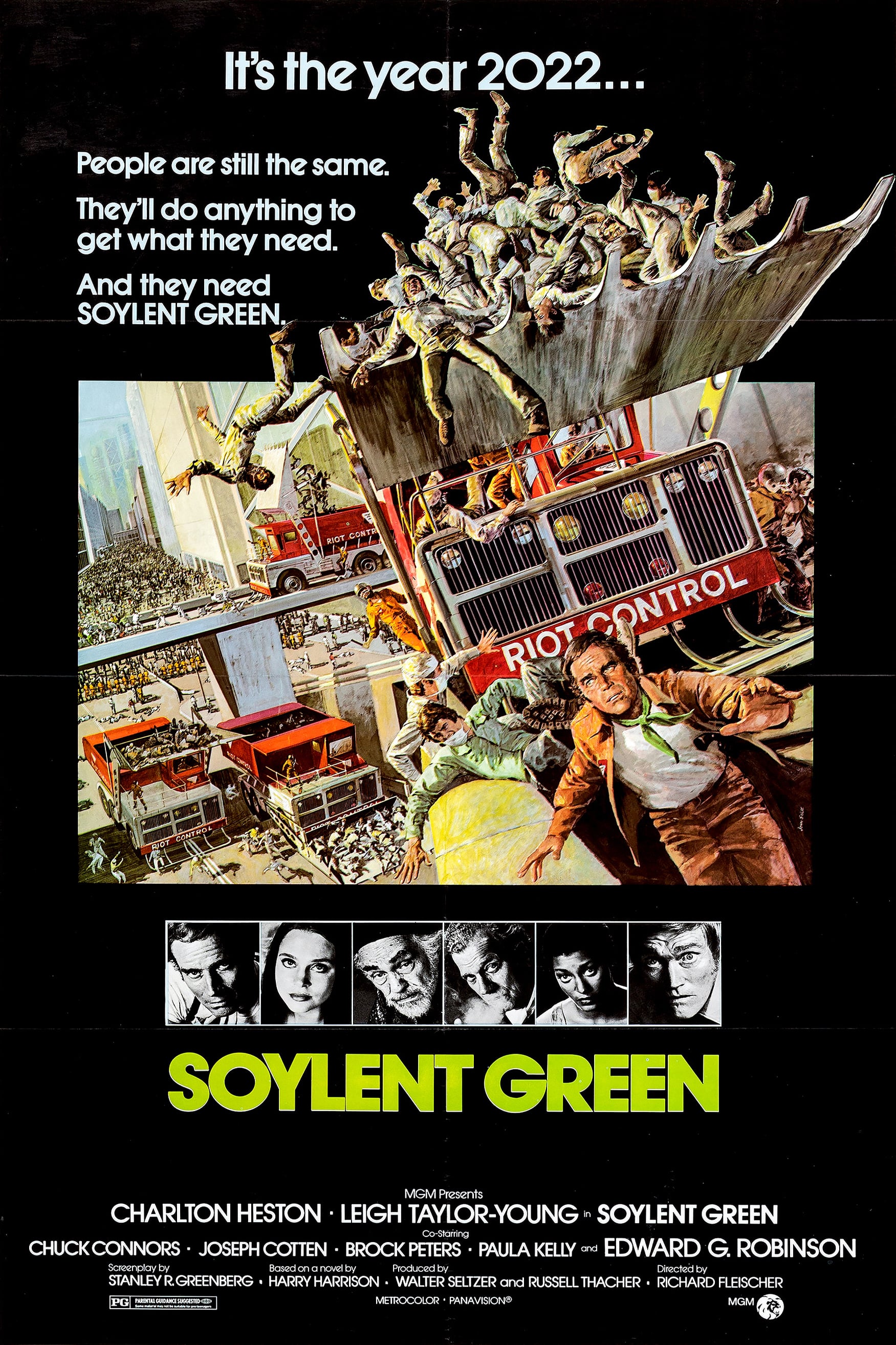 The Rio Theatre‘s Friday Late Night Movie series continues on January 14 with the dystopian sci-fi oddity SOYLENT GREEN. Based on the novel “Make Room! Make Room!” by Harry Harrison and adapted for the screen in 1973, director Richard Fleischer‘s notoriously nightmarish futuristic fantasy about the controlling power of big corporations and an innocent cop who stumbles on the truth makes for perfect (if not weirdly prescient) late night movie viewing.

New York. 2022 A.D. Teeming with jobless, homeless people. Teetering on the edge of anarchy, the government rations synthetic food. Those who control the supply have unlimited wealth and power–as long as no one discovers the awful truth behind the source of Soylent Green.

Academy Award-winner Charlton Heston (BEN-HUR, THE TEN COMMANDMENTS) stars as Thorn, possibly the last honest detective on the undermanned police force, who investigates the brutal murder of a prominent member of the Soylent Company, manufacturers of the artificial nourishment. During the course of his probe, Thorn discovers the horrifying main ingredient of the mass-produced food. Caught between personal integrity, the quest for justice and knowledge that could lead to the death of millions, will Thorn expose the deadly secret? With Leigh Taylor-Young, Edward G. Robinson, Chuck Connors.

SOYLENT GREEN (Richard Fleischer, 1973 / 97 mins / PG) In an overpopulated futuristic Earth, a New York police detective finds himself marked for murder by government agents when he gets too close to a bizarre state secret involving the origins of a revolutionary and needed new foodstuff.