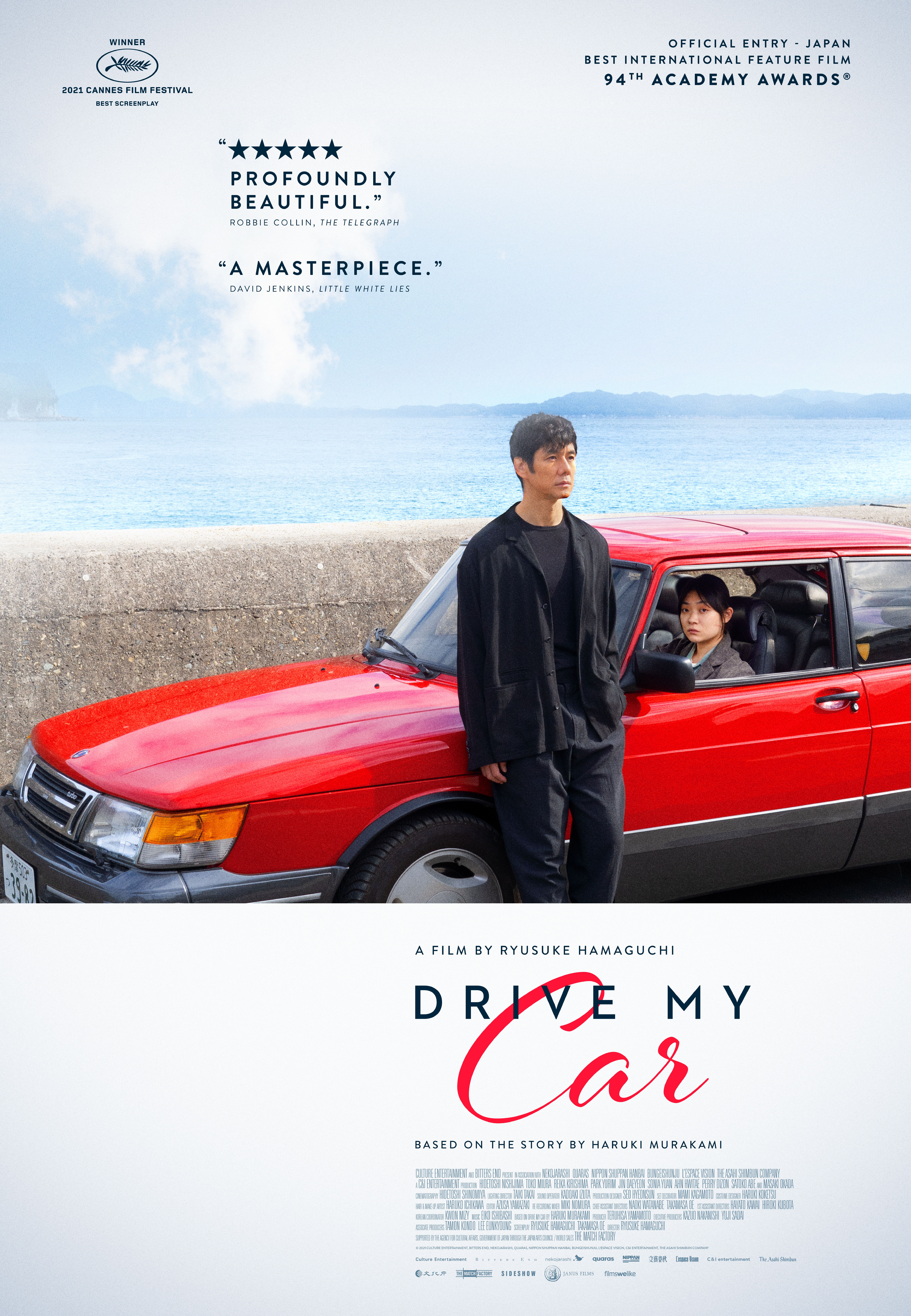 Two years after his wife's unexpected death, Yusuke Kafuku (Hidetoshi Nishijima), a renowned stage actor and director, receives an offer to direct a production of Uncle Vanya at a theater festival in Hiroshima. There, he meets Misaki Watari (Toko Miura), a taciturn young woman assigned by the festival to chauffeur him in his beloved red Saab 900. As the production's premiere approaches, tensions mount amongst the cast and crew, not least between Yusuke and Koji Takatsuki, a handsome TV star who shares an unwelcome connection to Yusuke's late wife. Forced to confront painful truths raised from his past, Yusuke begins -- with the help of his driver -- to face the haunting mysteries his wife left behind.

Adapted from Haruki Murakami's short story of the same now from his 2014 collection "Men Without Women," Ryusuke Hamaguchi's DRIVE MY CAR is a haunting road movie traveling a path of love, loss, acceptance, and peace. Winner of three prizes at the 2021 Cannes Film Festival, including Best Screenplay, the film is also Japan's official entry for the Best International Film at the 2022 Academy Awards.

“Epic Japanese drama Drive My Car is the best cinematic ride of the year.” (Globe and Mail)

“All the ingredients that made Hamaguchi’s 2015 breakthrough Happy Hour such a beautifully affirming experience are here, but sharpened ever so delicately into a story that parallels personal growth with the acting process.” (NOW)

"For a century and more, film directors have explored crosscurrents between art and life, and how one informs the other. Hamaguchi makes that exploration a fully humanized one." (Chicago Tribune)

"It feels like it moves at a clip even though, yes, it's at three hours. Very much worth a watch." (FilmWeek NPR)

DRIVE MY CAR "Doraibu mai kâ" (Ryûsuke Hamaguchi, 2021 / 179 mins / English subtitles) Yusuke Kafuku, a stage actor and director is happily married to Oto, a screenwriter. However, Oto suddenly dies after leaving behind a secret. Two years later, Kafuku, still unable to fully cope with the loss of his wife, receives an offer to direct a play at a theater festival and drives to Hiroshima with his car. There, he meets Misaki, a reticent woman assigned to become his chauffeur. As they spend time together, Kafuku confronts the mystery of his wife that quietly haunts him.