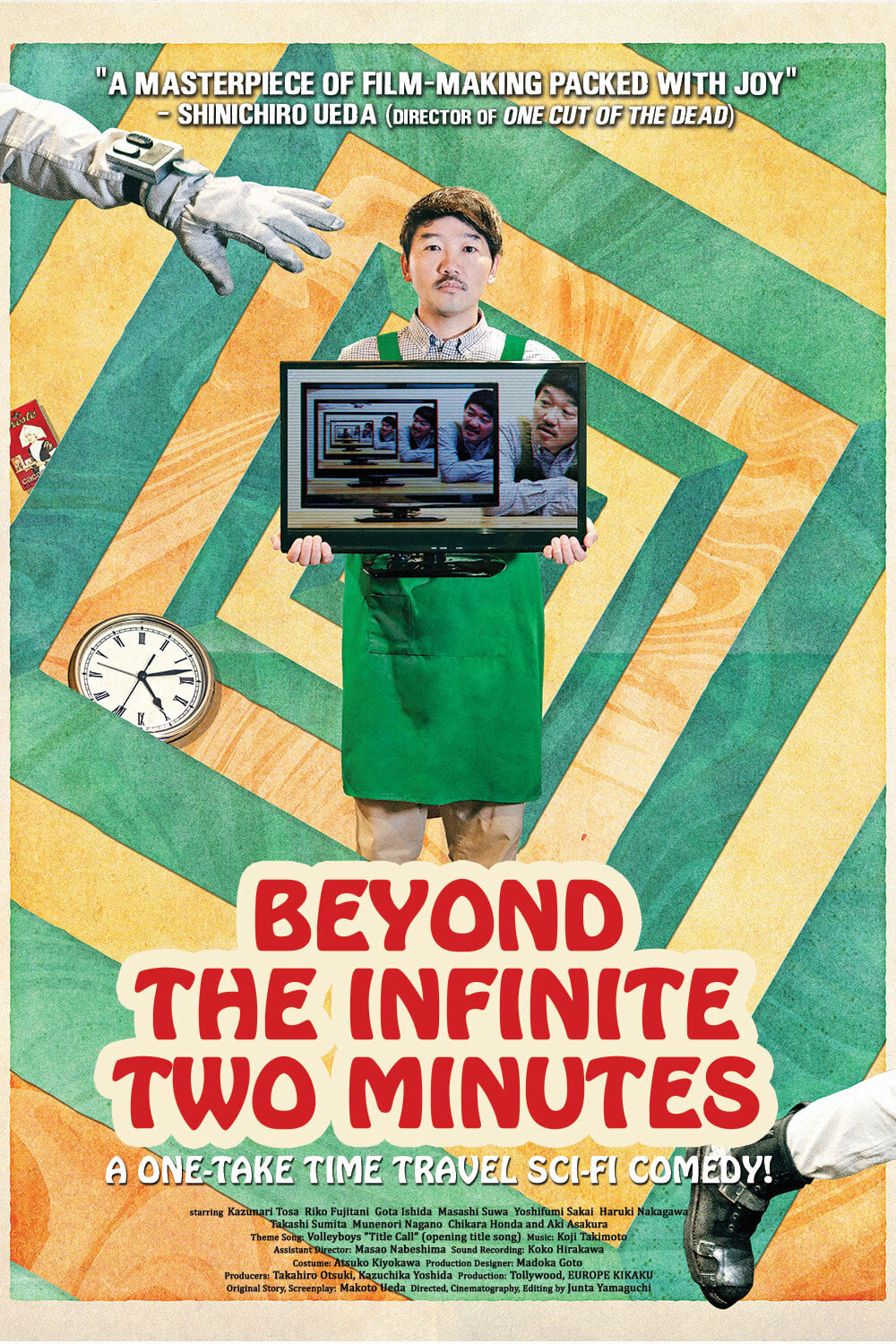 Beyond The Infinite Two Minutes

Kato is a middle-aged shop owner in Kyoto, Japan who lives above his cafe. He spends his free time playing in a local band and sometimes thinking about Megumi, the woman in the barbershop next door with whom Kato is infatuated. One evening, after closing up the cafe, Kato is in his room when suddenly he appears on his own computer screen.

The Kato on the screen is using the computer from downstairs in the cafe and claims to be from two minutes in the future. Kato is understandably confused and skeptical, but things get really strange when he goes down to the cafe computer, sees himself sitting back in his room, and begins to deliver the same message he heard two minutes before. It’s not long before Kato’s friends discover the phenomenon – which they dub “Time TV” – and devise a plan to go… BEYOND THE INFINITE 2 MINUTES!

Shot entirely on an iPhone, director Junta Yamaguchi‘s wildly original sci-fi comedy BEYOND THE INFINITE TWO MINUTES cleaned up at genre film festivals around the world in 2021, taking home prestigious accolades and awards including those from Sitges, Fantasia, and many more.

“Yamaguchi, credited as director, editor and cinematographer, has crafted an intricate and supremely enjoyable puzzle-box of a story, bursting with charm and momentum in equal measure.” (National Post)

“I am someone who absolutely loves scrappy, DIY sci-fi, and what Yamaguchi has created here is pure magic.” (Daily Dead)

“It’s so wild, and very telling of this movie’s brilliance, that there’s so much intricate blocking and camera movement from debut director Junta Yamaguchi, and yet you’re still caught up in the narrative momentum more than anything else.” (RogerEbert.com)

BEYOND THE INFINITE TWO MINUTES (Junta Yamaguchi, 2021 / 70 mins / PG / English subtitles) A cafe owner discovers that the TV in his cafe suddenly shows images from the future, but only two minutes into the future.