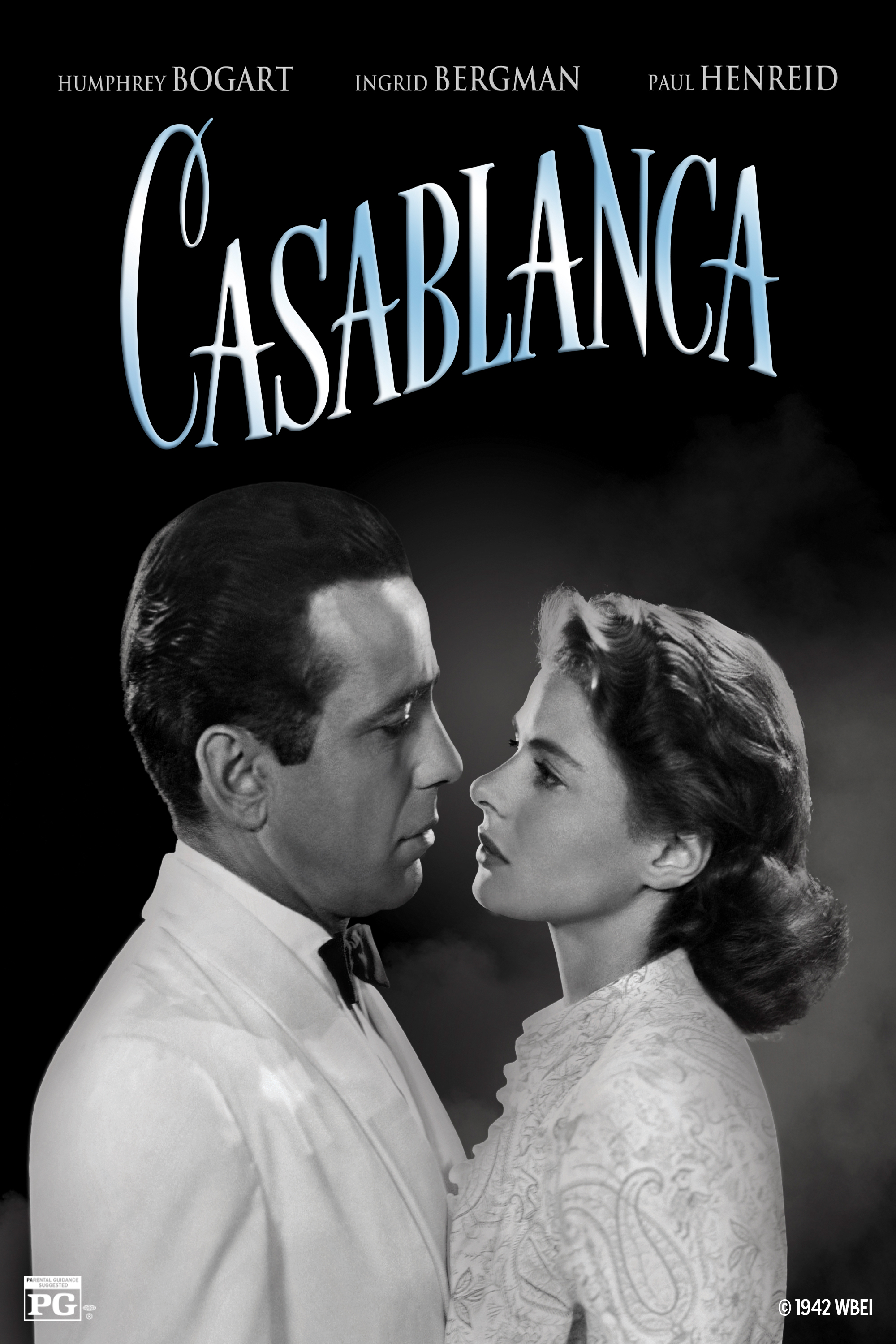 Can there be anything said about CASABLANCA that hasn't already been said? Sitting comfortably at the #1 spot on the American Film Institute's '100 Greatest Love Stories of All Time,' this enduring classic romance remains one of the most important films Hollywood ever produced (with one of the most instantly recognizable music scores!).

Join us at the Rio Theatre on Sunday, January 23, and celebrate the 80th Anniversary of this esteemed classic with the big screen viewing it so richly deserves. Released in 1942, against the unfolding backdrop of World War II, American expat Rick Blaine (Humphrey Bogart, at his most charismatic) must choose between his love for former flame Ilsa Lund (an exquisite Ingrid Bergman) and helping her Czech Resistance leader husband escape the Vichy-controlled French-Moroccan city of Casablanca so that he can continue his fight against the Nazi regime. CASABLANCA won numerous Oscars, including Best Picture, Best Director (Michael Curtiz), and Best Screenplay. Also starring Paul Henreid, Peter Lorre.

"Nobody lights a torch like Ingrid Bergman's Ilsa or carries one like Humphrey Bogart's Rick." (Chicago Tribune)

"CASABLANCA is the most sociable, the most companionable film ever made. Life as an endless party." (The New Yorker)

CASABLANCA (Michael Curtiz, 1942 / 102 mins / PG) | Rick Blaine owns a nightclub in Vichy-controlled Casablanca, frequented by refugees desperate to escape German domination. Despite the ever-present human misery, Rick manages to remain uninvolved in World War II now raging across Europe and Northern Africa. But all that changes when Ilsa Lund walks through the front door of Rick's club--Rick must now choose between a life with the woman he loves and becoming the hero that both she and the world need.