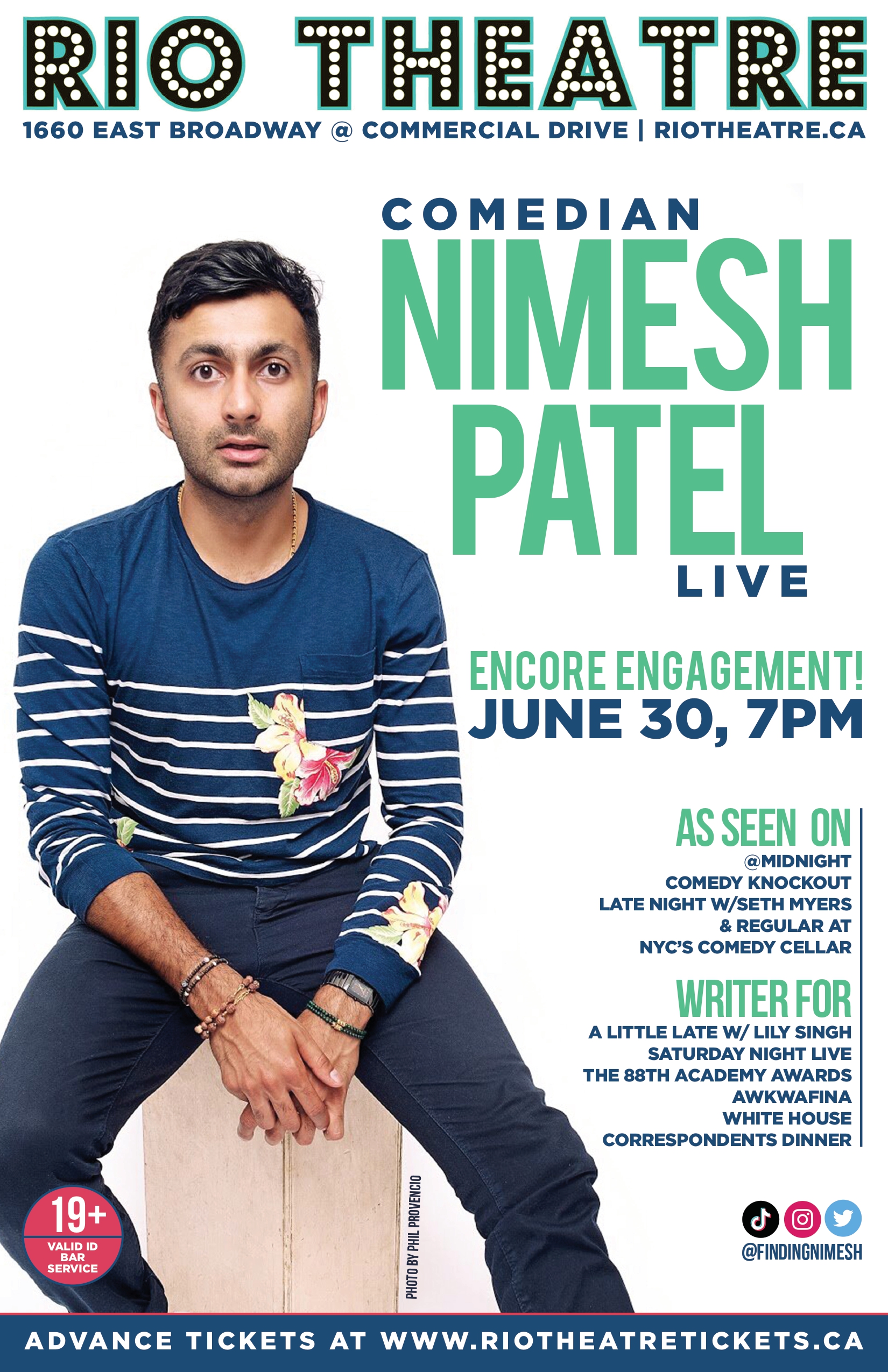 Following an incredible run of four (!) sold out shows at the Rio Theatre in January, the incomparable Nimesh Patel is headed back to Vancouver for another engagement on Thursday, June 30.

Advance tickets are recommended for to ensure seating. Online sales end automatically two hours before any given showtime.

Nimesh Patel is a comedian and Emmy-nominated writer based in New York City, where he has performed standup comedy for 10+ years. He is currently a writer on NBC’s late night show A Little Late with Lilly Singh.

In standup, he is a regular at New York’s famed Comedy Cellar, has appeared on Late Night with Seth Meyers, and has opened for Chris Rock and Aziz Ansari.

His first writing job came after Chris Rock saw him perform standup and hired him directly to write for The Academy Awards in 2016. Since then, he has written for Saturday Night Live, The White House Correspondent’s Dinner, Awkwafina, and was a producer for Full Frontal with Samantha Bee.

“Jokes To Get You Through Quarantine”