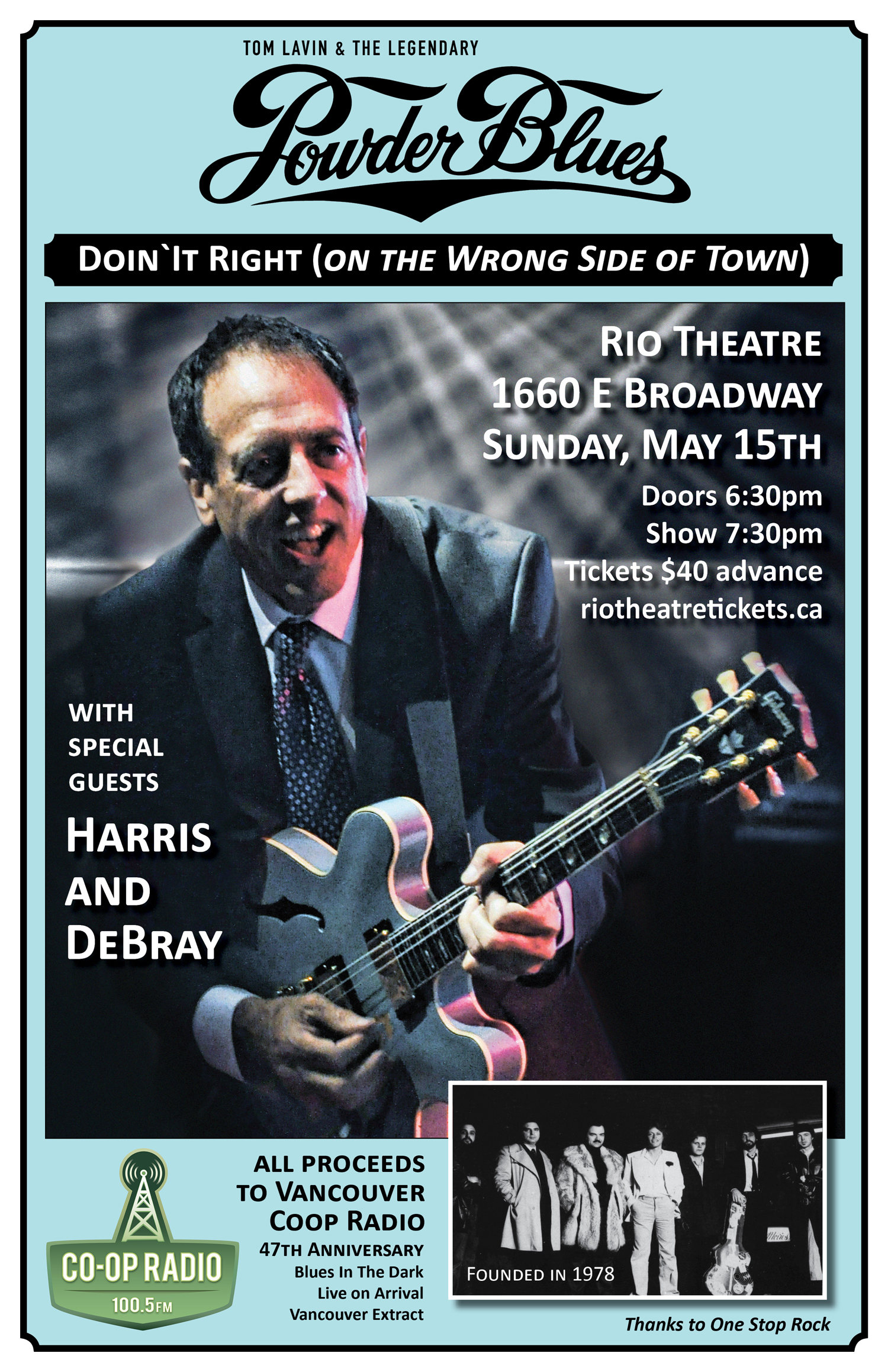 *Must be 19+ w/ID for bar service. All seating is General Admission. Sorry, Rio Theatre Groupons and passes n/a for this event.

For over five decades the band Tom Lavin & The Legendary Powder Blues have been at the forefront of the Canadian Blues Scene. Formed in Vancouver in 1978 the band became renown for its hard driving mix of swing, blues, r&b and shades of rock ‘n roll. The Friday night ‘live’ broadcasts on CoOp Radio from Rohan’s Rockpile in Kitsilano to the nights at The Spinning Wheel in Gastown, Vancouver was a jumpin’ with the blues. The band pushed blues to the forefront with major airplay first on local rock radio and then across the nation coast to coast with hits such as “Doing It Right”, “ Boppin’ With Blues”, “Hear That Guitar Ring”, “What’ve I Been Drinkin’, “Thirsty Ears”and many more.

Powder, as they were affectionately called, recorded there first album “Uncut” in 1979 on Blue Wave Records. Because of rampant sales the album was re-released on RCA Records and went platinum selling well over 200,000 units. As momentum built the band started touring not only around BC but into Alberta and beyond. In 1983 the band travelled to Europe and played the prestigious Montreux Jazz and North Sea Festivals. The Montreux Festival was released on disc and the following year was released as “Powder Blues Live At Montreux” on CBC TV. By 1985 five albums had been released not only in Canada but in the USA, England, Australia and New Zealand.

In 1986 the band scooped a coveted WC Handy Award in Memphis, TN for ‘Best Foreign Band’. Tours of the Soviet Union and constant touring in North America kept the band extremely busy well into the 90s.

Opening the evening will be Harris/DeBray, a well known jazz & blues duo that have been delivering music to some top tier restaurants and cabarets for many a year. As a four piece they are known as LesIsMore