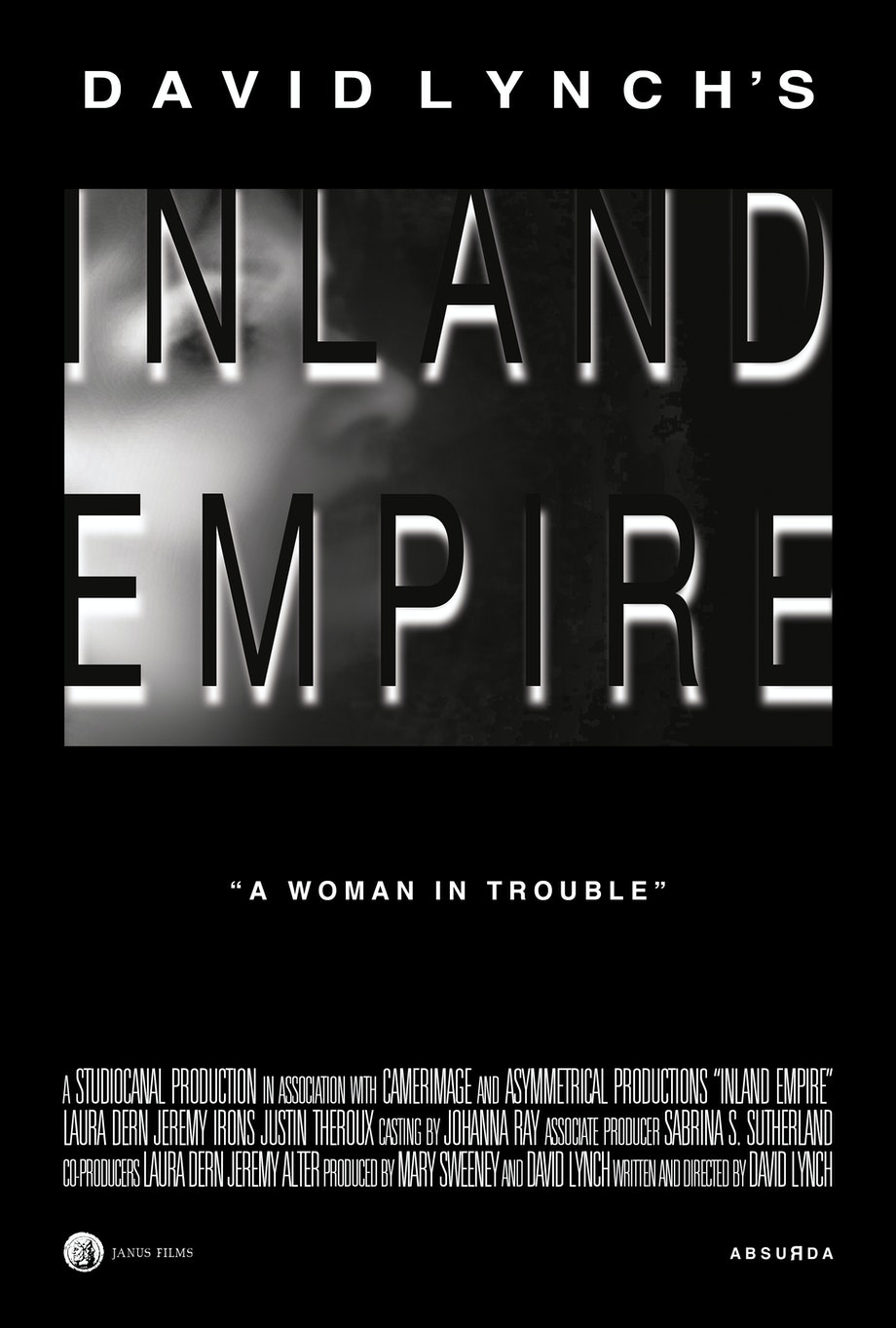 A woman in trouble.

David Lynch's sorely under-seen, surreal psychological thriller INLAND EMPIRE is pretty impossible to describe... It’s Lynch. It’s Laura Dern. (For fans of the auteur, that may be all they need to know!) Initially released in 2006, this was Lynch’s first digitally shot film, and it is ripe for rediscovery thanks to this 2022 remaster.

Nikki (Dern), an actress, takes on a role in a new film, and because her husband (Peter J. Lucas) is very jealous, her co-star Devon (Justin Theroux) gets a warning not to make any romantic overtures -- especially since the characters they play are having an affair. Both actors learn that the project is a remake of an unfinished film in which the stars were murdered. With Jeremy Irons, Harry Dean Stanton, Julia Ormond.

"'Inland Empire' opens and contracts in your imagination while you watch it -- and you're still watching it well after it's left the screen. It's a long but thoroughly absorbing three hours." (RogerEbert.com)

INLAND EMPIRE (David Lynch, 2006 / 180 mins / 18A / English subs) As an actress begins to adopt the persona of her character in a film, her world becomes nightmarish and surreal.