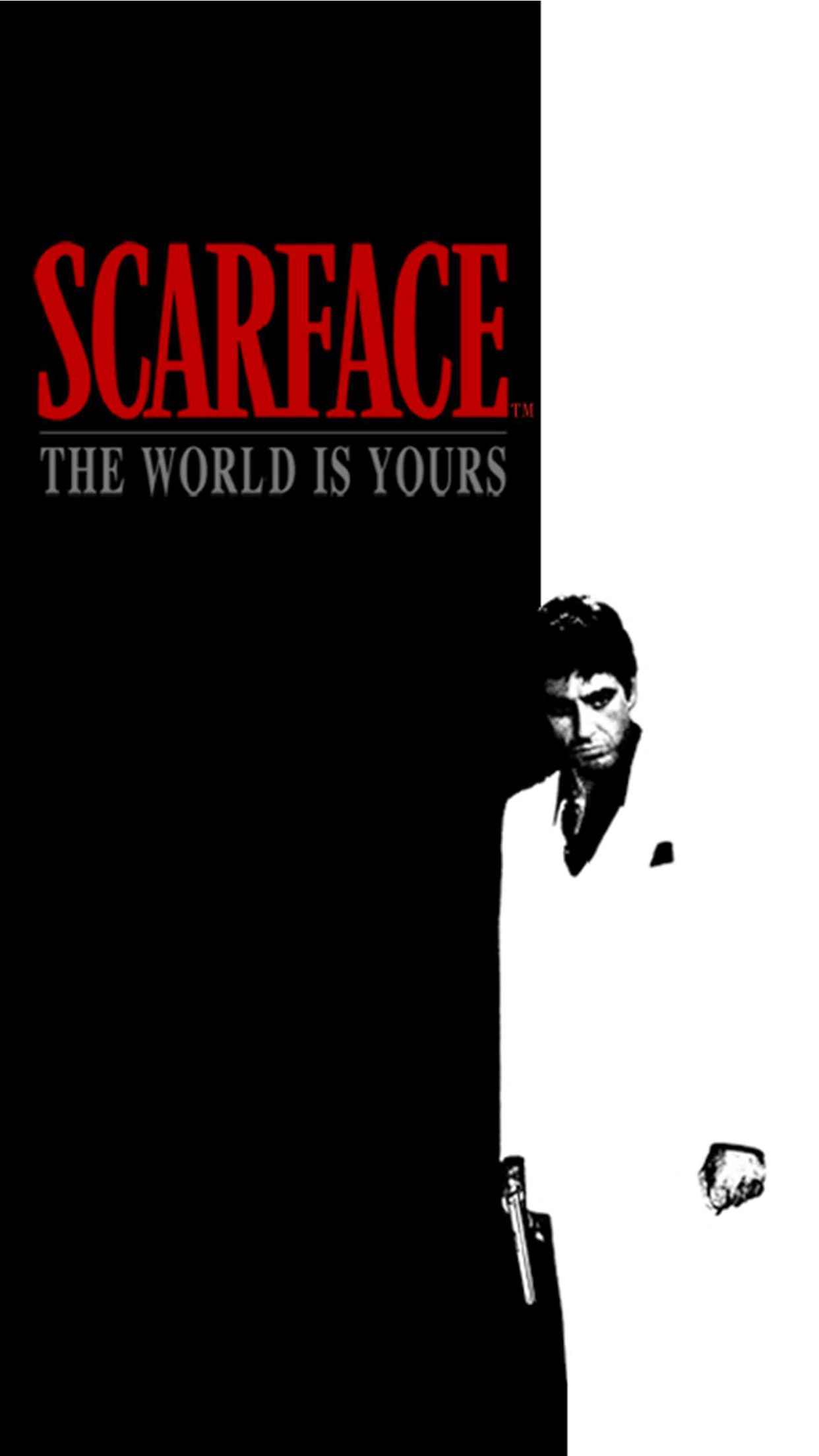 "Say hello to my lil' friend."

Director Brian De Palma and star Al Pacino go full-tilt in Scarface, a violent, blood-soaked hyper-stylized gangster epic based on Howard Hughes' 1932 film of the same name. From Oliver Stone's infinitely quotable script to a few classic scenes that have since become entrenched in the collective pop-culture lexicon, the film easily retains its status as one of the most influential films of that decade, walking a thin (white) line between cautionary moralistic drama and a celebratory, glamorous tale of rags-to-riches excess.

In one of the standout roles of his career, Pacino shines as Cuban immigrant Tony Montana, whose saga begins when he acquires his green card in exchange for assassinating a Cuban government official. Tony rises up the ranks of Miami's drug underworld, staking his turf and taking anyone who dares stand in his way down. As Tony rises to the top of the trade to become the biggest drug lord in Florida, he has to deal with increased pressure from the police, wars with Colombian drug cartels, as well as his own greed and coke-fueled paranoia. Also starring F. Murray Abraham, Michelle Pfeiffer, Mary Elizabeth Mastrantonio and Robert Loggia.

"Performances are excellent, and despite its moralistic conclusion, the film has since become de rigueur viewing for crack barons, who know a good shoot-em-up when they see one. " (Empire Magazine)

"Still a must-see for Pacino's potent and influential performance." (Guardian)

SCARFACE (Brian De Palma, 1983 / 170 mins / 18A) | After getting a green card in exchange for assassinating a Cuban government official, Tony Montana stakes a claim on the drug trade in Miami. Viciously murdering anyone who stands in his way, Tony eventually becomes the biggest drug lord in the state, controlling nearly all the cocaine that comes through Miami. But increased pressure from the police, wars with Colombian drug cartels and his own drug-fueled paranoia serve to fuel the flames of his eventual downfall.