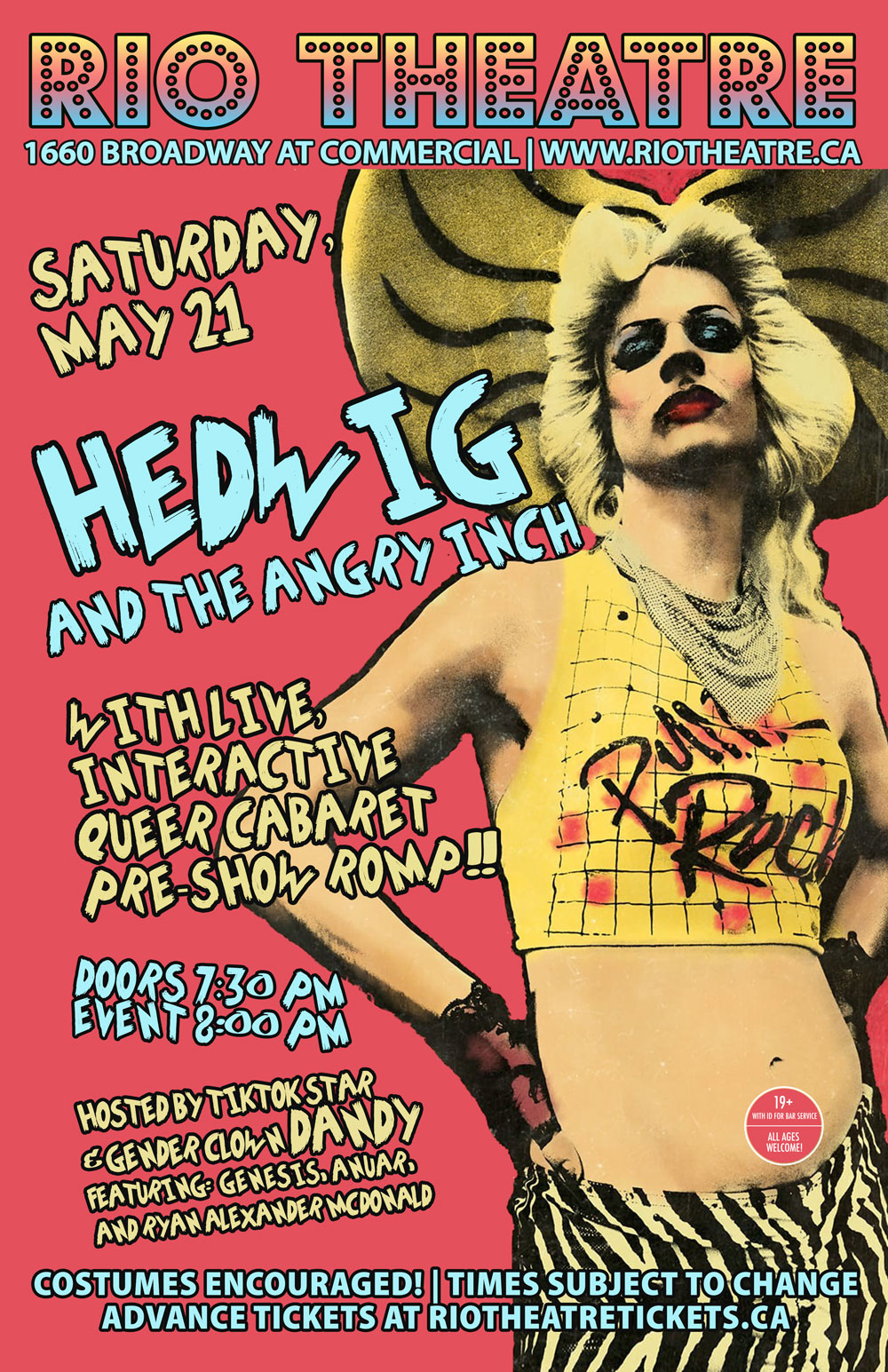 Join us at the Rio Theatre on Saturday, May 21 for a screening of John Cameron Mitchell's gorgeously remastered cult-classic musical, HEDWIG AND THE ANGRY INCH.
Even better? This screening will feature a live and interactive Queer Cabaret pre-show hosted by none other than Tiktok star and gender clown, Dandy! Joined by a super-fan group of dedicated HED-heads, these stars of stage and screen pay homage to the music of the film with a musical comedy, sing-a-long, audience participation, song-and-dance romp of a good time. And darling, costumes are very welcome and encouraged - of course, there will be prizes!

The phenomenally talented (not to mention very sparkly!) Mitchell wrote, directed, and stars in HEDWIG AND THE ANGRY INCH, the cult rock musical about a transgender punk-rock girl from East Berlin who tours the U.S. with her band while recounting her life story. Starring John Cameron Mitchell, Miriam Shore, Andrea Martin.
"'Hedwig and the Angry Inch' is a powerful story about identity and creation and pain and love." (Birth.Movies.Death.)

HEDWIG AND THE ANGRY INCH (John Cameron Mitchell, 2001 / 95 mins / 14A) | Hedwig, born male as Hansel in East Berlin, fell in love with an American G.I. and underwent a Gender Reassignment Surgery in order to marry him and flee to the West. Unfortunately, nothing worked out quite as it was supposed to - years later, Hedwig is leading her rock band on a tour of the U.S., telling her life story through a series of concerts at Bilgewater Inn seafood restaurants. Her tour dates coincide with those of arena-rock star Tommy Gnosis, a wide-eyed boy who once loved Hedwig - but then left with all her songs.