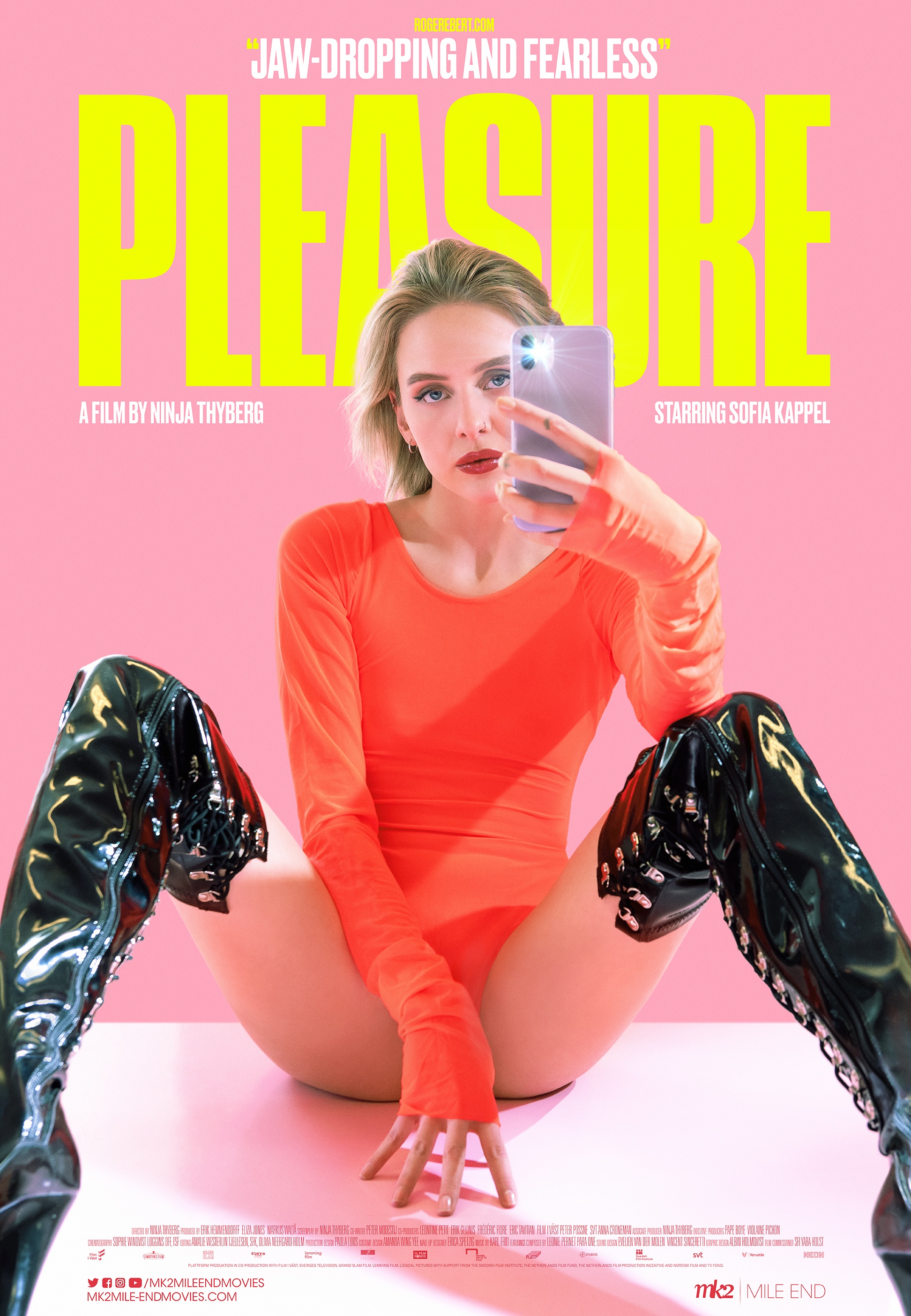 PLEASURE is written and directed by Thyberg with a stunning first time performance by Kappel, who anchors an ensemble of adult industry actors.

"Thyberg doesn't shy away from the specifics of her milieu, but it's not an exposé on what pornography does to women as much as a harrowing examination of what the workplace expects and allows from women and men." (The Wrap)

"Less interested in giving pleasure than in taking it back, Thyberg's film might end on an ambiguous note, but few movies have ever been so eager to bare the simple truth of those words." (IndieWire)

"Any number of films and plays and books have examined this process of moral and spiritual deterioration caused by some form of physical abuse, but Pleasure has the added edge of showing it in vividly realistic terms." (Deadline Hollywood)

PLEASURE (Ninja Thyberg, 2021 / 105 mins) Bella Cherry arrives in Los Angeles with dreams of becoming an adult film star, but she soon learns that fame won't come easy as she harnesses her ambition and cunning to rise to the top of this mesmerizing and singular world.