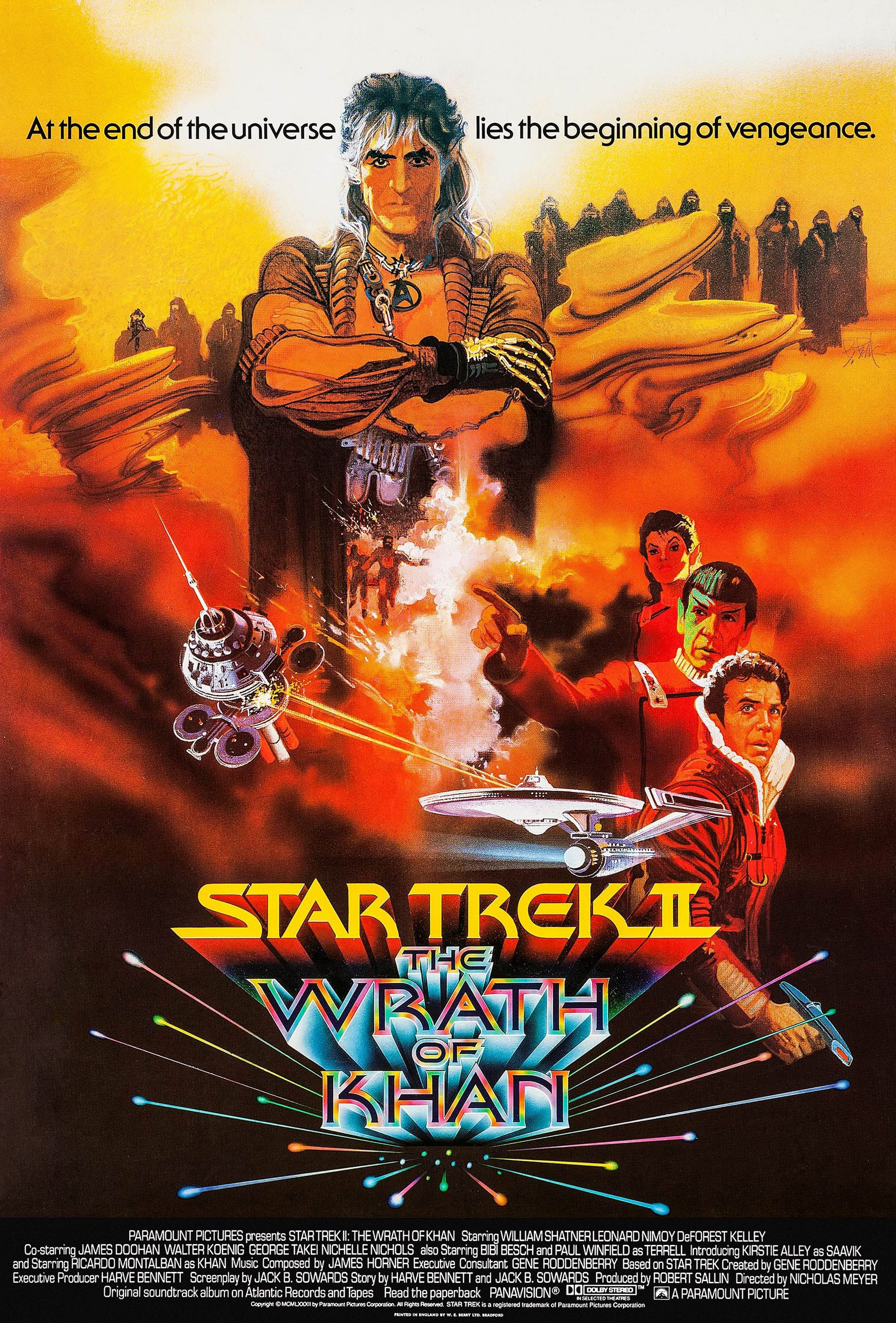 “At the end of the Earth lies the beginning of vengeance…”

Logically, there’s probably no better time for us to plug in a Friday Late Night Movie screening of what is, arguably, the best STAR TREK movie than its anniversary, is there? Join us on Friday, June 3 for a 40th Anniversary screening of STAR TREK II: THE WRATH OF KHAN!

As Admiral James T. Kirk (William Shatner) and Capt. Spock (Leonard Nimoy) monitor trainees at Starfleet Academy, another vessel from the United Federation of Planets is about to try out the planet-creating Genesis Device in a seemingly deserted portion of space. In the process, two of Kirk’s officers are captured by Khan (Ricardo Montalban), an enemy Kirk thought he’d never see again. Once more, Kirk takes the Enterprise’s helm, where he meets Khan’s ship in an intergalactic showdown. With DeForest Kelley, Walter Koenig, George Takei, James Doohan, Nichelle Nichols, and Kirstie Alley.

“It was STAR TREK II that put the franchise on the right track as the spirit of Gene Roddenberry‘s 60s television series was harnessed to spectacular effect.” (Empire Magazine)

“Considered by many fans to be the best of the STAR TREK movies, Khan features a strong plot, increased tension, and a sharp supporting performance from Ricardo Montalban.” (Rotten Tomatoes)

STAR TREK 2: THE WRATH OF KHAN (Nicholas Meyer, 1982 / 113 mins / PG) Admiral James T. Kirk is feeling old; the prospect of accompanying his old ship the Enterprise on a two week cadet cruise is not making him feel any younger. But the training cruise becomes a a life or death struggle when Khan escapes from years of exile and captures the power of creation itself.